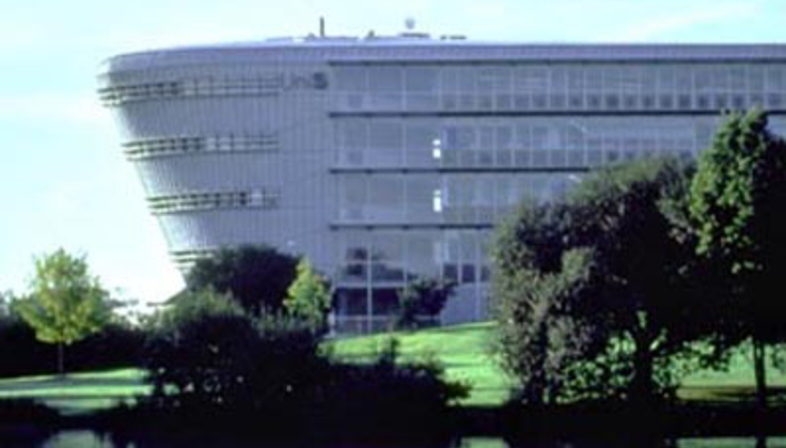 The European Institute of Health and Medical Sciences, Grimshaw & Partners first experience of educational building, is located at the entrance to the university campus in Guildford, a small town south-west of London, standing on a slope dropping down to the River Wey.
The building, with metal and glass covered organic forms, houses the classrooms, laboratories and administrative services of the three medical schools at the University of Surrey.
The project is yet another demonstration of the professional expertise of the Grimshaw & Partners team, under the leadership of Chris Nash, in that, despite the low public education building budget, the result was a quality building and a strong urban landmark.
The composition of the volumes on one side follows the line of the campus buildings, completed in 1966 by the Building Design Partnership, on the other the historic path leading to the university that continues up the hill as far as Guildford Cathedral. EIHMS is therefore composed of two blocks running along a footpath pointing towards the cathedral: a larger five-storey building to the north, to house the teaching facilities and administrative services, and a lower wing to the south, containing the laboratories. Making the best use of the slope of the site, the Grimshaw & Partners team managed to obtain the maximum usable space from the plot. Indeed, the rear of the main building is partially interred in the hill to the west, while the access frontage juts out towards the east like the prow of a boat.
The organic volume of the building was obtained by using a reinforced concrete load-bearing structure which facilitated the organisation of the spaces around the central atrium and freed the external walls from structural limitations. The west facade of the building and the laboratory wing are clad with sheets of zinc, while the south and north facades are entirely made up of windows, thus permitting better illumination of the interior.
The conical-shaped front was made from glu-lam laminated wood beaming, a solution that was technically simple but which proved effective because it gave the building a very expressive look at a limited cost.
Designed in full compliance with British educational standards, the buildings were low cost and environmentally friendly, due to a series of design solutions that bring power savings.
The large windows are fitted with a specially-designed intelligent sun-shield system, to optimise the use of natural light. The bare concrete ceilings and load-bearing structure act as heat accumulators and, using the natural night-time ventilation, help to cool the interior during the day.
When entering the large glass entrance door, through the zinc-clad conical front facade, you find yourself in a vertical atrium space onto which all five floors of the building face and which acts as a distribution point.
Inside, EIHMS is characterised by clean and tactile spaces that emphasise the bareness of the materials, like the concrete of the load-bearing structure left exposed and the laminated wood of the roof beams, once again showing Grimshaw's fondness for the expressive potential of structures. 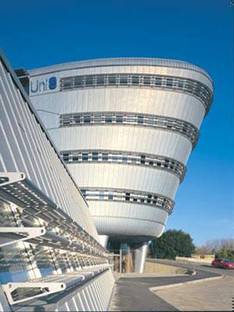 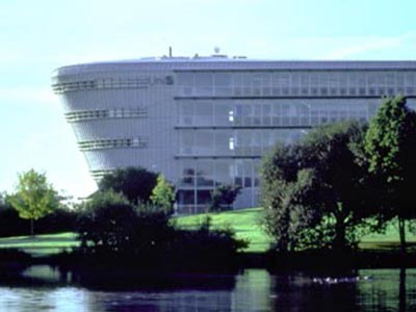 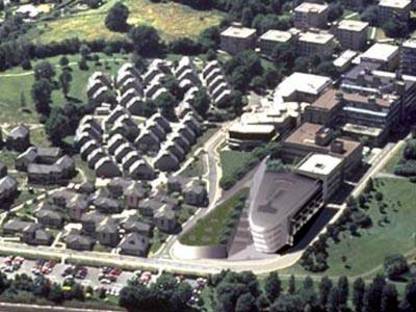 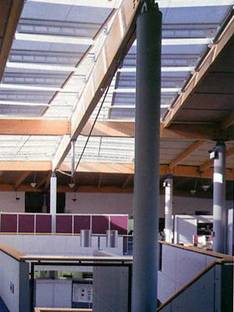 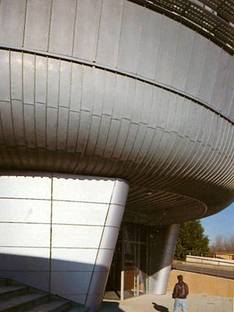 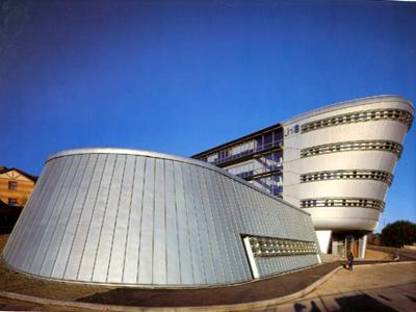