The project for the BMW halls in the Frankfurt Motor Show offered ABB Architekten and Bernard Franken a decisive opportunity to give concrete form to the dynamic architectures they had been talking about for some time. 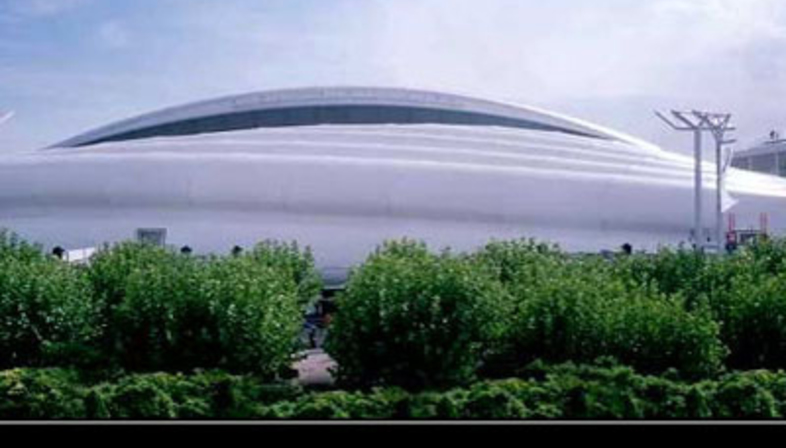 The result is a hybrid environment containing a mixture of physical and virtual spaces, characterised by free forms which were considered utopian until only a few years earlier.
In the Dynaform hall for the 2001 Frankfurt International Motor Show, dynamism becomes matter, moulding volumes in the entire structure. It was at this exposition that BMW presented its new series 7, and the automobile inspired the form of the building.
New advanced visualisation programs were used to simulate a moving vehicle in a matrix of parallel lines, with force fields generated by speed stretching and deforming the straight lines of the matrix to create a volume representing this dynamic, referred to as "master geometry".

The external context was inserted in this force field through interference forces identifying surrounding buildings, the biggest of which belongs to the new Fair Hall 3 designed by Nicolas Grimshaw, which dominates the space in the plaza in front of the hall, while less intense forces are attributed to the new forum designed by KSP to the west and Fair Hall 4 to the east. These buildings impressed a system of curves cutting across the generating band over the "master geometry", increasing the overall plasticity.

Despite the complexity of the forms, Dynaform has a minimalist look created in part by its homogeneous PVC covering, which does not give a clue to the specific functions in the building on the outside. Projection of moving images helps add dynamism inside and outside the structure, which the architects call "an object from the outside, a scenographic experience from the inside, but not a building." 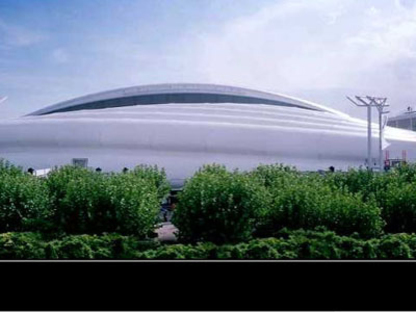 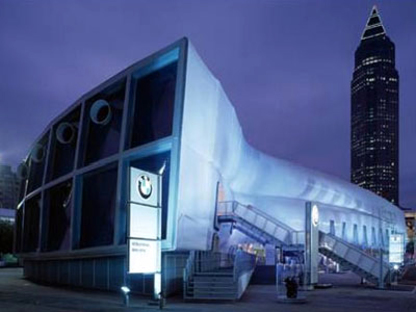 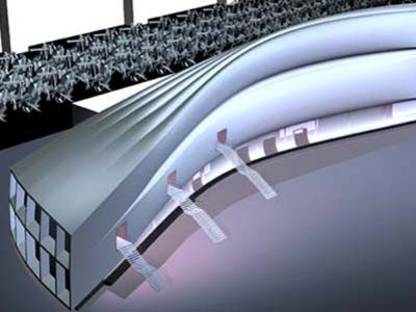