A gateway between east and west, Dubai is a cosmopolitan city, a centre of finance and trade, the new Eldorado. An amazing city where records are broken, where towering skyscrapers, six-lane motorways, fast cars and bridges over the sea are the order of the day, showing off the country’s wealth and advanced technology.
Artificial islands, shopping centres with ski hills inside, super-size everything: this itinerary reveals the essence of luxury and demonstrates that anything is possible, leading the way to discovery of iconic architectural projects that awe and amaze. 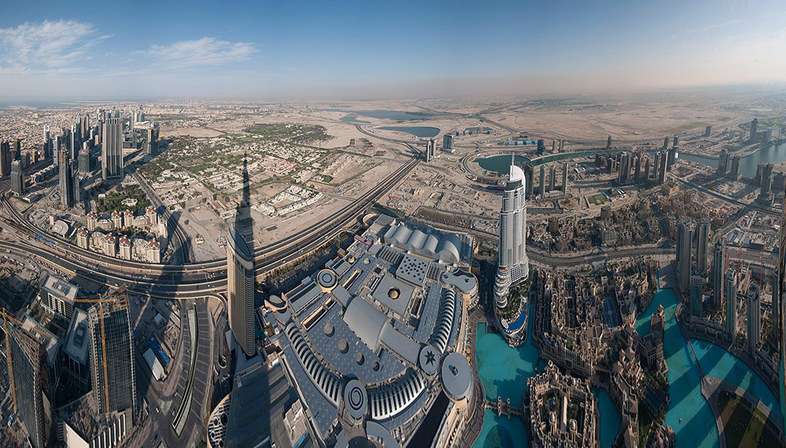 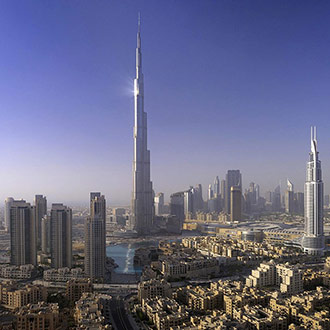 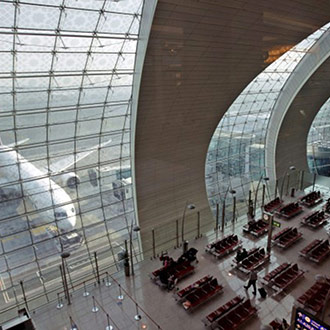 It is the world’s biggest airport. Terminal 3 of Dubai International Airport is reserved for Emirates Airlines alone, with its ostentatious oversized palm trees, flashy lights and fountains. It’s worth going to Terminal 3 even if you’re not flying, just to see the airport itself, with its multitude of shops and luxury restaurants, three spas to regenerate the body after travelling and two Zen gardens, oases of calm amidst all the comings and goings of the airport. Worried about missing your flight? Check the time on one of the Rolex wall clocks.

The tower was designed by Skidmore, Owings and Merrill of Chicago and is the world’s tallest building at 828 metres. Get to the top in the world’s fastest elevator (64 km/h). The design of the Burj Khalifa is based on traditional Islamic architecture, while the base of the skyscraper is inspired by the open petals of a desert flower. One suggestion: it’s well worth waiting for dawn, when the sun’s rays strike the tower’s reflective surface.

A record-breaking 275 metre long fountain system by Wet Design shoots jets of water up to 150 metres into the air, lit up by 6600 lights and 50 coloured spotlights. Another suggestion: go in the evening, between 7 and 11 PM, when the fountains produce incredible special effects to the sound of music every half hour.

It’s the world’s biggest shopping centre in terms of the total amount of space occupied: a futuristic building with 350 thousand square metres of retail space on each of its four levels, containing more than 1200 shops offering everything you could possibly need or want, from the traditional clothing of the Emirates to designer leather goods, the latest new technologies and the tastiest sweets.

Italian architect Massimo Iosa Ghini designed the world’s biggest Ferrari Store, 1000 square metres on a single level entirely occupied by the automobile maker from Maranello. Located in Dubai Festival City Centre, the store tells the all-Italian story of the legendary Ferrari, and every year during the Formula 1 Grand Prix in Abu Dhabi, a parade of super-cars sets out from Dubai with the mythical Ferrari California leading the way.

The Atlantis water park, the biggest in the Middle East, in the Hotel Atlantis The Palm, covers 17 hectares with 18 million litres of water. A river more than two km long runs around a circuit in the park with waterfalls and waves up two metres high. Dropping 27 metres in six seconds: this is the surprise the impressive water slide in the big Mesopotamian pyramid built in the heart of the water park has in store. In addition to the park’s numerous attractions, visitors can tour a hospital for marine animals.

The true symbol of Dubai’s architecture, designed by the Norr Group, Hazel W.S. Wong. The twin towers look similar to one another, not only because of the oblique lines at their ends but because of the glass walls and elevators with their fantastic views of the city and the sea. The relationship between the two towers varies depending on the angle from which they are seen.

The building designed by Uruguayan architect Carlos Ott in partnership with the Norr Group is inspired by the curved shape of the hulls of traditional dhow sailing boats. The building reconciles modernity with tradition, and its outstanding architectural feature is a golden façade unfolding like a sail supported by two massive masts. Its convex glass wall reflects the scenes of life along the Creek below.

The Royal Mirage Resort is a series of faithful reproductions of Arabian courts, and its rooftop bar is a special place with no ceiling other than the sky. A mysterious Arabian atmosphere is created by corners set apart, with embroidered cushions, seats among the towers, domes and white curtains.

A futuristic work of sustainable architecture, promoted by Verde UAE Project. The futuristic Ziggurat combines avant-garde home automation, environmental engineering and urban planning.
It will cover an area measuring 2.3 square km and contain a community of about one million people. The Ziggurat is meant to be a totally autonomous city requiring no connection with the external energy grid thanks to use of steam, wind energy and all the other natural energy resources it requires. 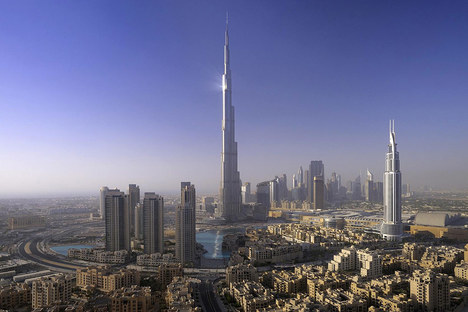 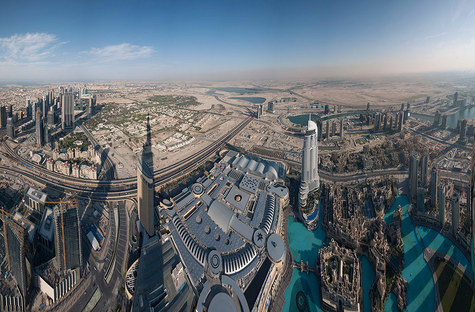 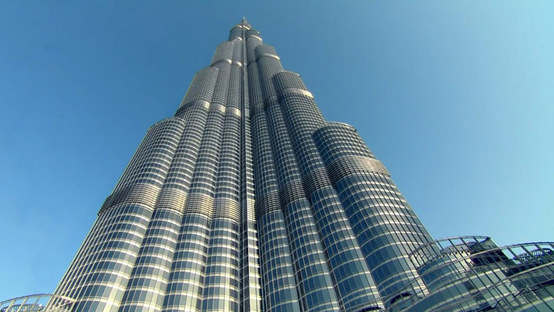 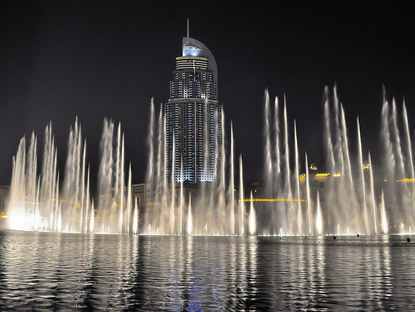 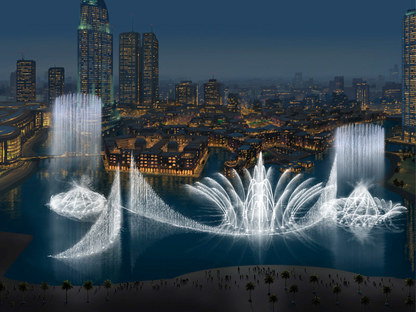 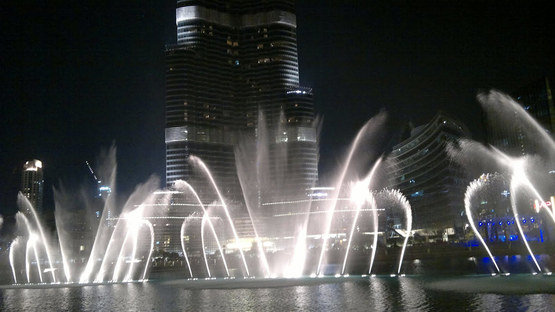 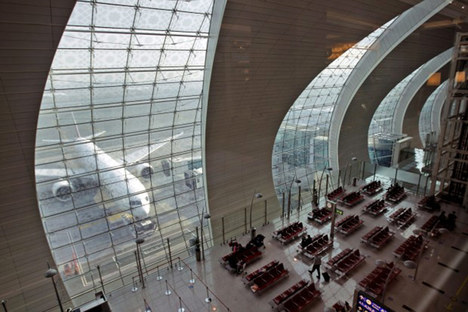 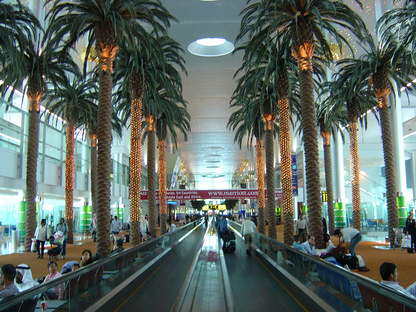 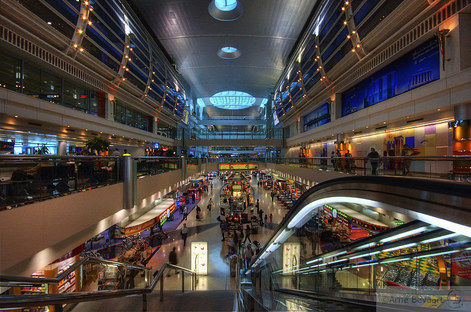 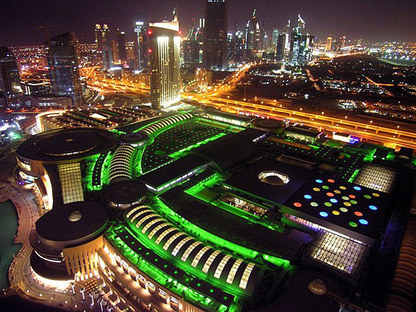 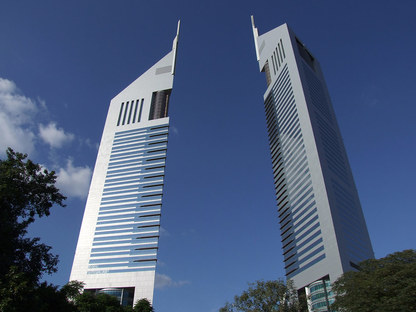 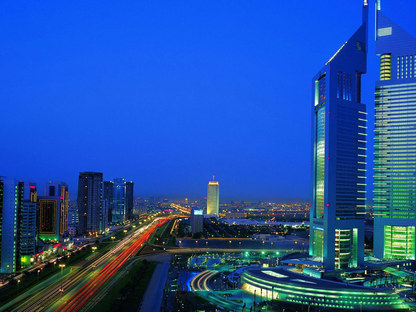 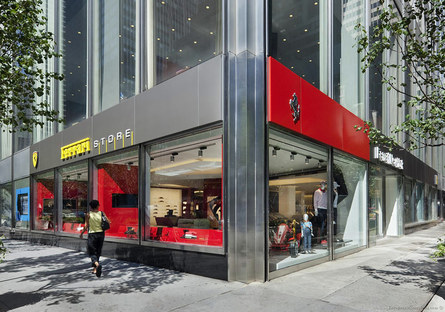 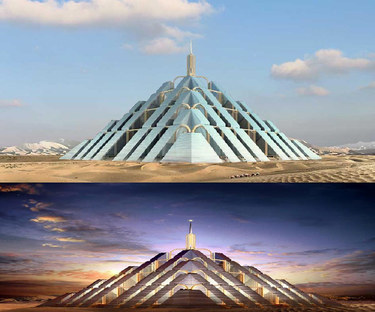 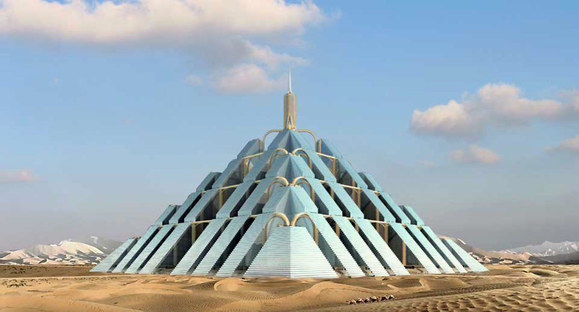 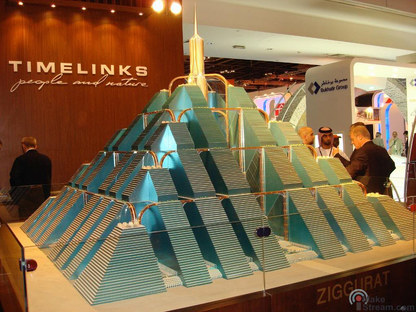 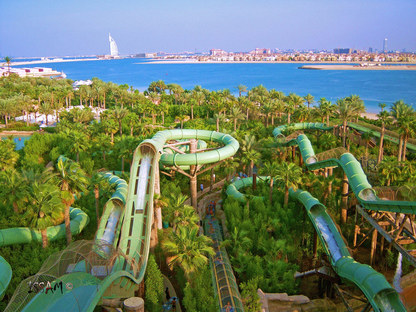 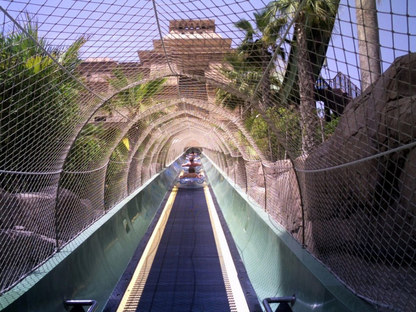 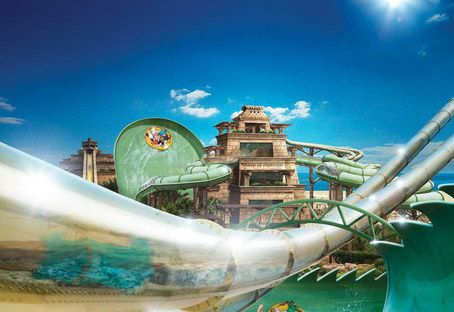 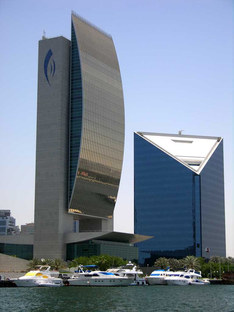 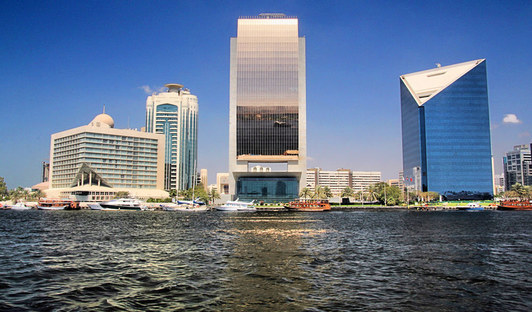 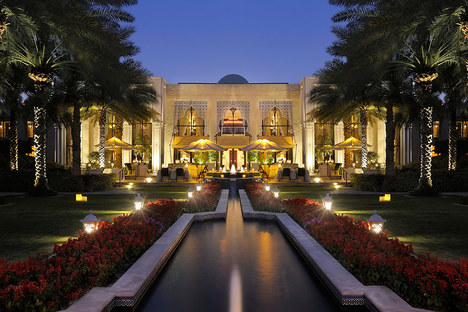 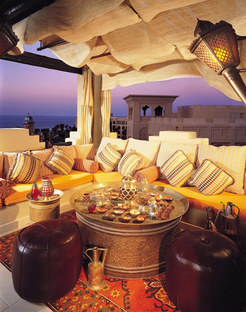