Dorte Mandrup Arkitekter draws inspiration from the traditional fishermen’s homes in the village of Råå, though without falling into a vernacular architectural idiom. The Råå Day Care Centre, on the coast of Sweden at the strait of Øresund, is a building for children organised on the basis of the principles of creative play and integration into the landscape. 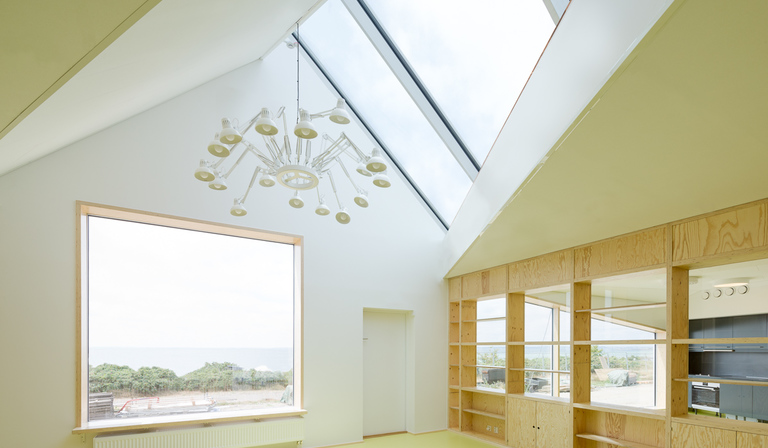 Råå Day Care Centre by Dorte Mandrup Arkitekter of Denmark is the result of consideration of the site as the first chapter in a child’s education. At the Råå Day Care Centre Dorte Mandrup Arkitekter creatively reproduce part of the history of Råå, an old fishing village on the Swedish shore of the strait of Øresund, interpreted through a more immediate architectural vocabulary distinguished by great dynamism.
The new day care is located on the corner of an existing school building, on a spit of land separating it from the bay. This is where the fishermen’s shelters once stood, with their double gabled roofs and big doors for bringing in the boats, a lost horizon the local people still remember.

This cultural icon has been transformed into an opportunity for redevelopment of the bay area with new buildings that borrow from old photographs of the waterfront, in which the row of pointed roofs of the shelters, one next to the other, form a zig-zag line standing out against the horizon. The floor plan of Råå Day Care Centre includes single closed volumes joined by shared open spaces, all embraced by a single big roof. The four gables wink at the vernacular tradition, though the structure, the cladding on the façades and the entire surface of the roof form a single mantle of wood reaching down to the ground, completely changing the tone of the project. The building looks as if sculpted in a single block, like an object on an architectural scale created by 3D modelling. This is the element that brings the project up to date and makes it look so relevant today, so different from the historic model on which it is based. The old door has become a big window: the wooden mantle of locust wood has big glass openings, two facing the sea and two facing the inside and the school, with four big skylights on the roof.

Natural lighting and the visual relationship with the landscape are two of the project’s key themes, both involving the glass surfaces, which are in fact designed to make the most of the available sunlight year-round and allow nature, the bay and the view the old fishermen enjoyed become a part of the children’s everyday lives.
Windows and skylights correspond to the four rooms where the children play in groups. These rooms, arranged in a free floor plan on a single level and separated by bookshelves acting as walls, face onto common areas forming a big, multiform play area. Inside it, the hues of the structural plywood used to make all the furnishings and the fitted walls warm up the atmosphere and contrast with the acid green of the linoleum floor. The dividers and bookshelves frame amazing views between the spaces, while the different slopes of the roof create separate, hidden places that encourage play and sharing.

In the outdoor area, including a play area with a sandbox and plants native to the area, the big roof designs an artificial landscape which can be accessed via two stairways, designed for children who love to climb. 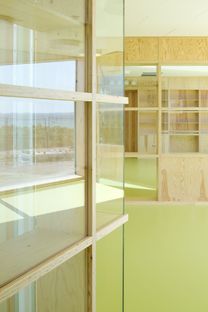 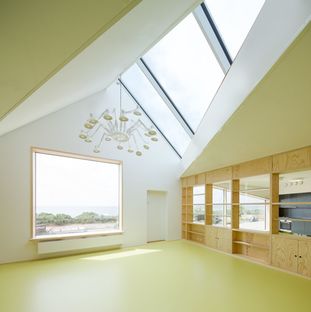 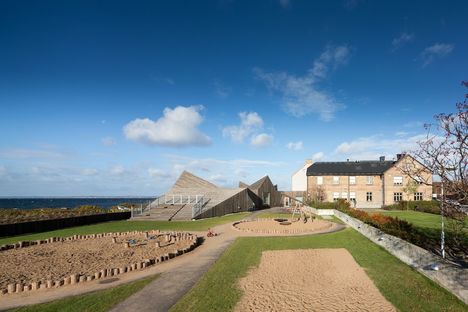 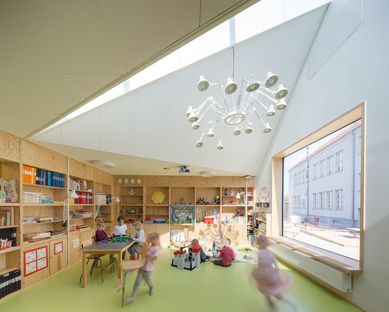 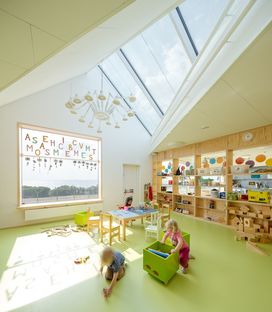 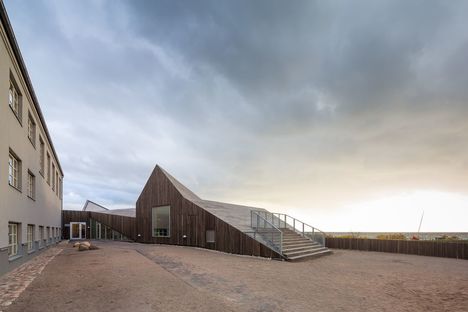 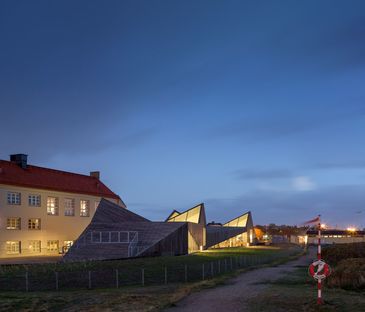 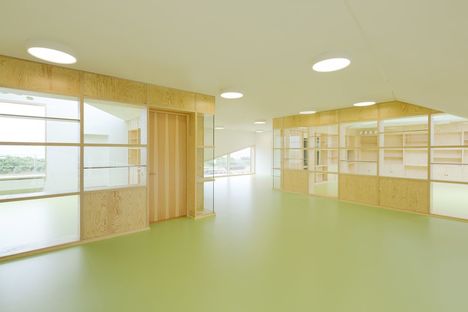 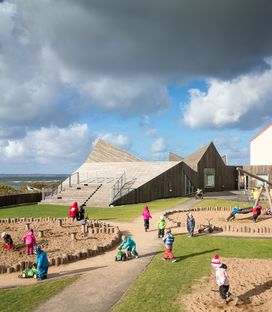 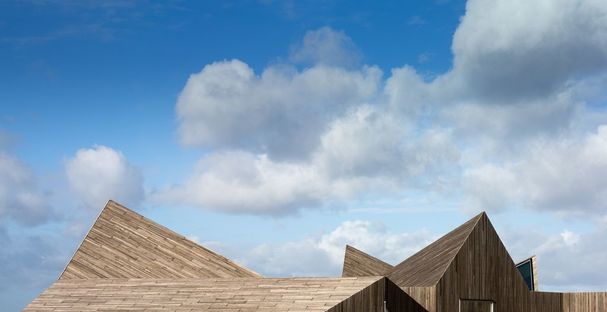 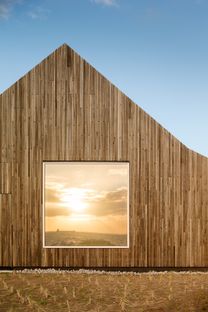 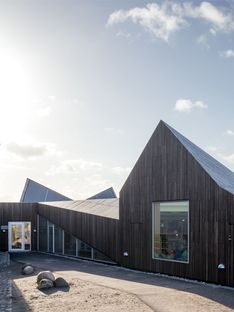 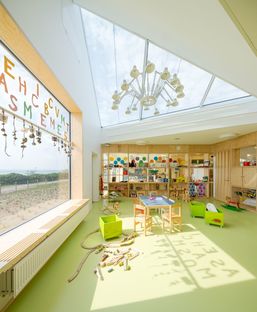 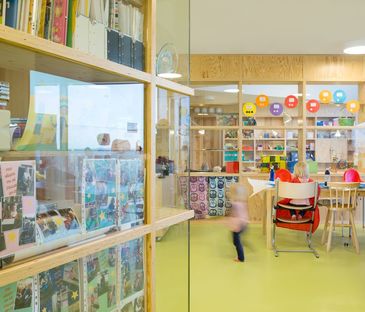 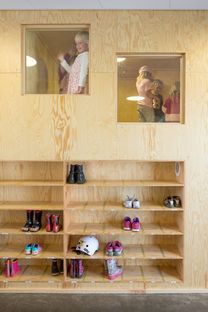