The footbridge designed by Dominique Perrault for Arganzuela Park in Madrid was recently inaugurated. The southern section measures 150 m, the northern one 128 m, with a diameter varying between 5 and 12 m from one end to the other. 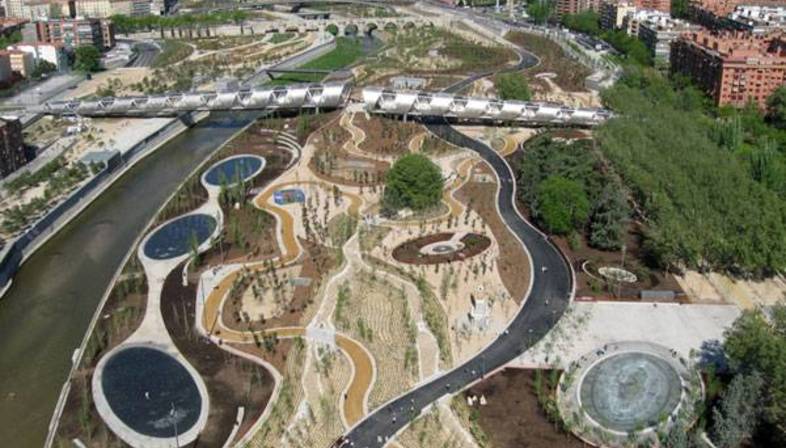 Madrid?s Arganzuela Park with its footbridge designed by architect Dominique Perrault recently opened to the public.
The walkway is the most prominent element of "Madrid Rio", a major project for work on the banks of the Manzanares River, which flows right through the city.
The city?s urban transformation began in 2000 when the M30 motorway, which ran along the banks of the river, was diverted underground. In 2005 it was decided that the 23 hectare area freed as a result of this would be transformed into a park.

An international competition was held, won by the M-Rio group of architects; at the same time the city authorities asked architect Dominique Perrault to design a footbridge crossing the river and linking the two banks.

Built with a freestanding steel structure, composed of two spirals which cross diagonally, the walkway impresses viewers with its size and creates a dynamic line crossing Arganzuela Park with its rhythm. 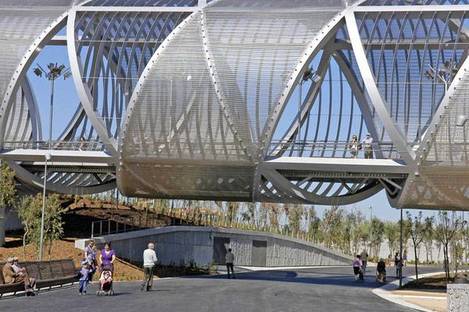 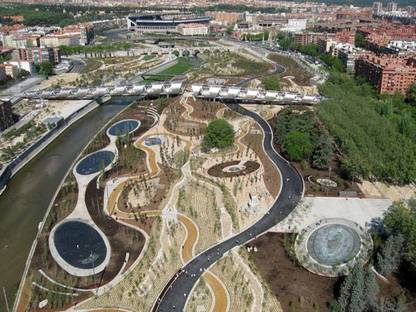 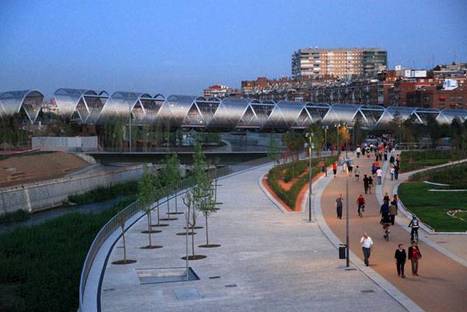 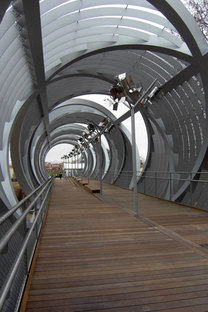 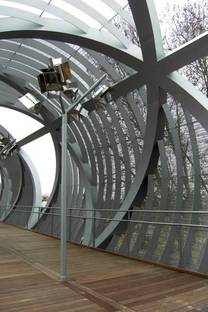 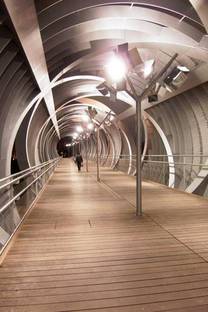 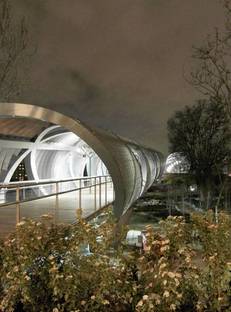 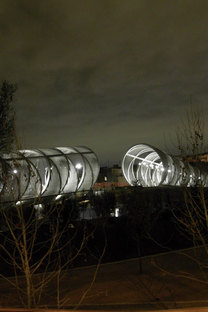