The historic Dolder Grand Hotel on the hill over Lake Zurich reopened in 2008 after renovation by studio Foster. 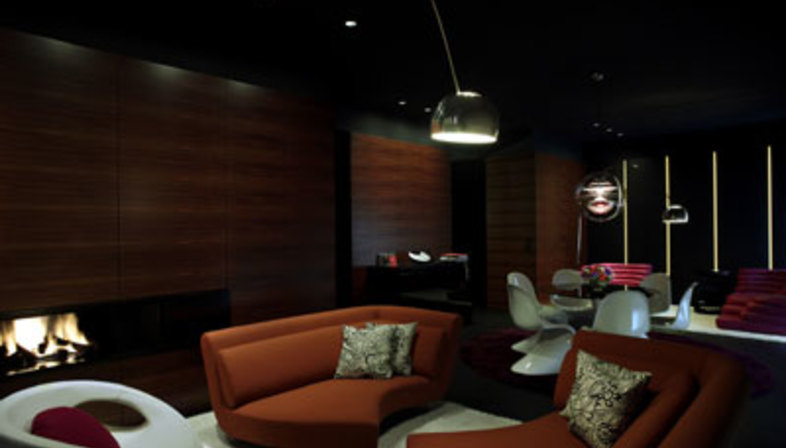 The historic Hotel Dolder, a bold, imposing, organic building on the hill by Lake Zurich, reopened in 2008 after a renovation project by Foster+partners.
The Dolder Grand Hotel was originally a luxurious private clinic in the classic Mitteleuropean style; in 2004 renovation work began to eliminate later additions due to restyling of the hotel in the Twenties and again in the Sixties.
The historic hotel, originally designed by Jacques Gros in 1899, was redesigned inside, with the addition of two new side wings, and the outer facades were restored to their original red and ochre.
The new wings made entirely out of glass house a luxurious spa and a new dance hall. Aluminium balustrades complete the design of the facade with geometries that link the building with the forest around it.
The most important new addition is the spa, a 4 thousand square metre area containing a large spa pool accessed via a corridor dug into the soil, starting in the forest outside and ending in the pool area. Openings in the walls of the spa let the sunshine in and offer guests light with shadows to protect their privacy.
The spa is decorated in the same minimal style as the rest of the hotel: in addition to the swimming pool covered in Bisazza mosaics, the 21 treatment rooms include two suites with mother-of-pearl walls and five lounges of Japanese stone for steam baths.
The hotel project also includes 173 rooms and luxury suites, two restaurants, and banquet, seminar and conference rooms.
United Designers, a London interior design studio, decorated the interiors in a style combining the historic with the contemporary, in an eclectic, refined combination of different elements in the Spa Wing and the Golf Wing of the new building. The studio chose leather chairs by de Sede for the interiors.
The new dance hall linking the Spa Wing with the Golf Wing and the new extension with the old part of the building contains the "Garden Restaurant", framed by three versions of Robert Haussmann’s capitonne sofa, suggestively crowned and illuminated by an infinite number of light crystals.
The four suites are inspired by different themes and personalities: The Maestro Suite, in the tower, named after maestro Herbert Von Karajan, a regular guest of the Dolder; the 230 square metre Carrezza Suite inspired by Swiss artist Alberto Giacometti, on the last floor of the Spa Wing, with unique views over the city; Masina, inspired by Giulietta Masina; Suite100, inspired by the Rolling Stones and characterised by exuberant contrasts of pink and black in ’seventies style, reflected in the composition of the sofa designed by Ubald Klug.
The plan for the entire hotel involved a series of energy conservation strategies. There is more than twice as much space as in the old hotel building, but consumption has nonetheless been cut in half thanks to use of geothermal heat pumps installed underneath the spa and triple glazed high performance glass cladding providing natural shade and insulation. 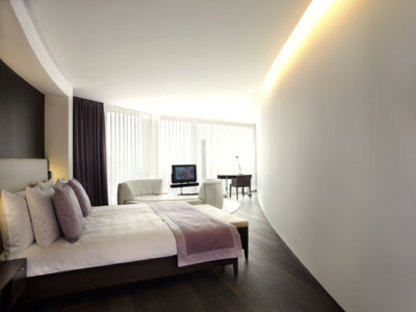 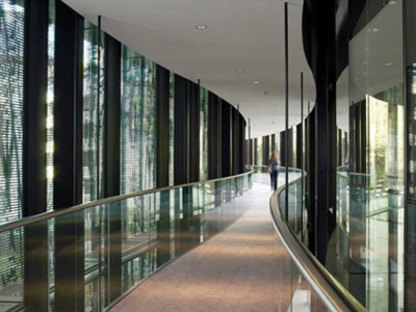 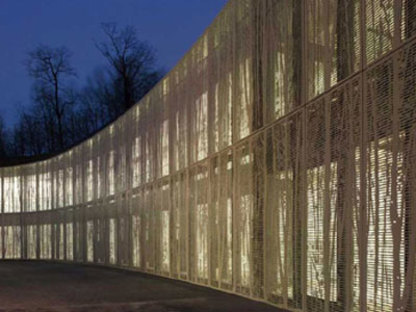 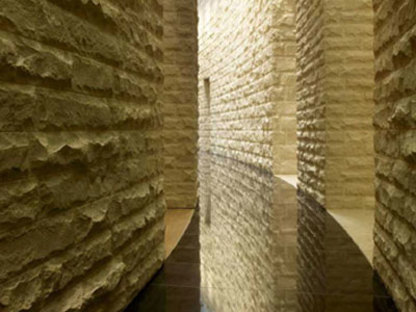 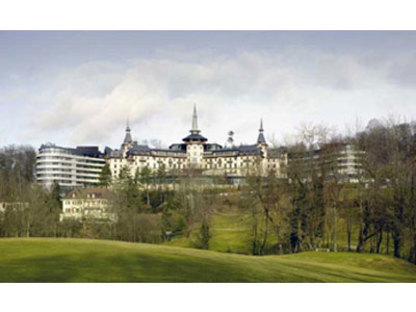 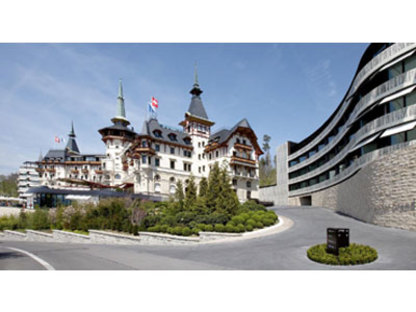 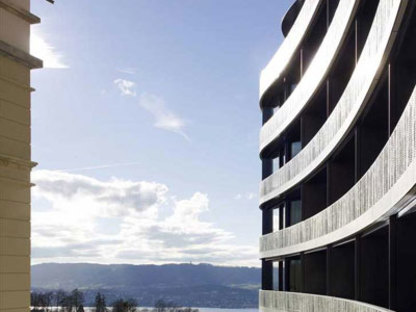 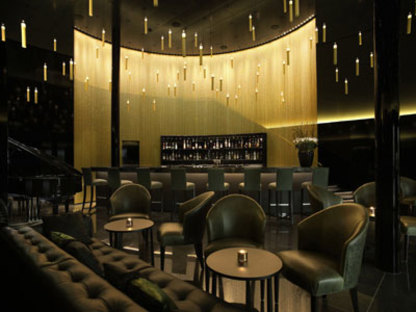 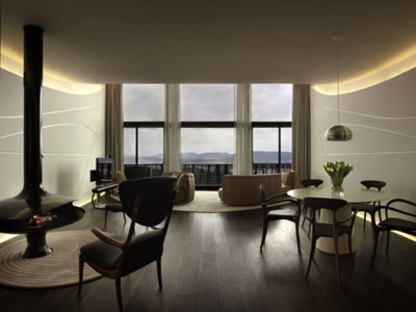 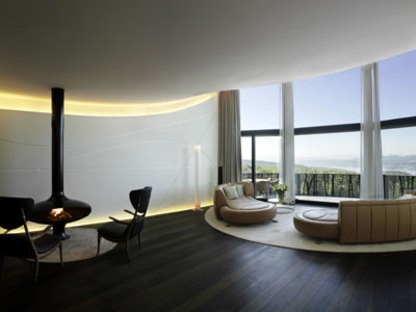 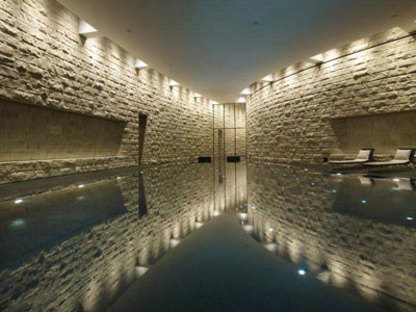