Architects Diller and Scofidio created "La Brasserie" restaurant in one of New York's most emblematic and fascinating spots: at the base of the Seagram Buiding, built in the late '50s by Mies van der Rohe. 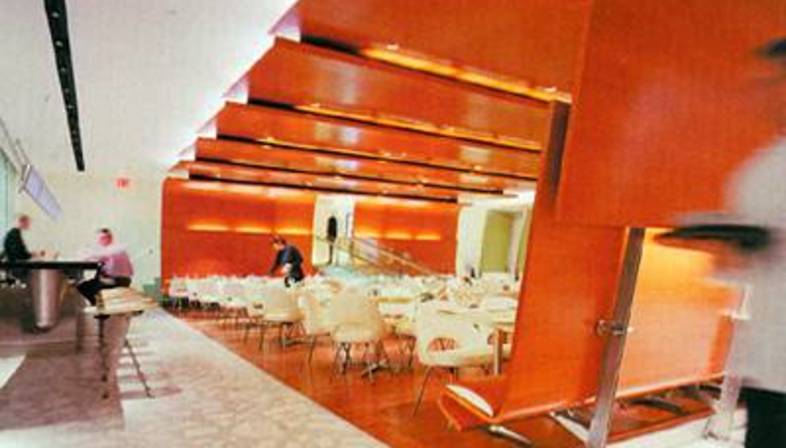 Van der Rohe was one of the Bauhaus masters; he emigrated to the United States in the late '30s and built the skyscraper for Seagram's Whisky. The project was entrusted to him after a lengthy selection process by Philip Johnson, director of the architecture division of Moma (Museum of Modern Art) at the time. In turn, Mies appointed Johnson as his associate.
Mies designed a building with 38 storeys above ground resting on a granite base, positioned in the centre of the lot and using only a third of its surface area. This was a controversial decision at the time because it was so strongly opposed to the tendency in adjacent lots, but it turned out to be decisive to the success of the project, permitting formation of a lively public space permitting interaction with all the surrounding lots and interrupting the continuous curtain of construction that would otherwise have been formed, considerably improving the building's overall value.
The site of Diller and Scofidio's project already hosted a restaurant, the famous "Four Seasons" designed by Philip Johnson in '57-'58 and closed in 1995 following a fire.
The two architects, renowned for the theatrical character of their installations, found themselves creating a permanent stage set, in which they transposed many of the elements for which they are famous.

The L-shaped plan creates two main areas of different sizes which form the restaurant's main public spaces, separated by the thin line of the bar.
The bigger area, square in shape, contains a volume created by the curved surface of wood in warm hues which softly wraps around the restaurant room with its light-coloured furnishings. 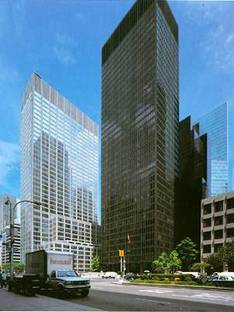 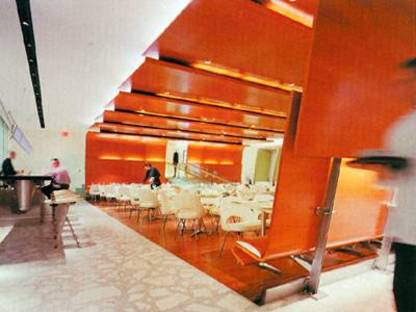 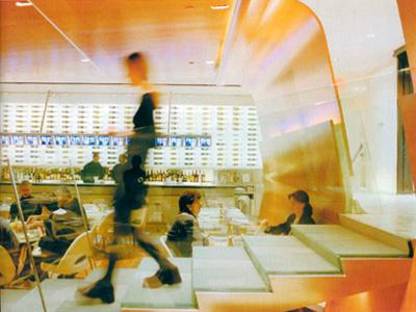 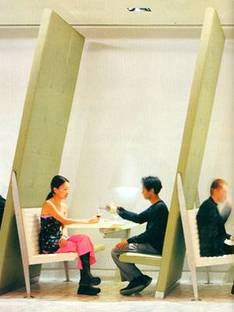 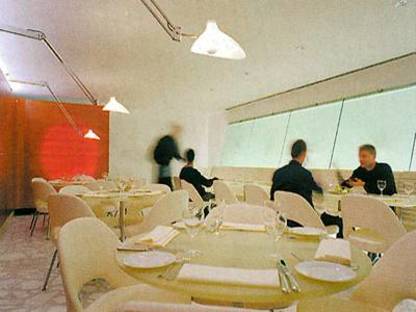