The new parking lot designed by Díaz y Díaz Arquitectos serves both the maternity and children’s hospital and the oncologic centre in La Coruña, Galicia, Spain. The project won the Crowd Award at the 2016 ArchMarathon Awards in Milan. 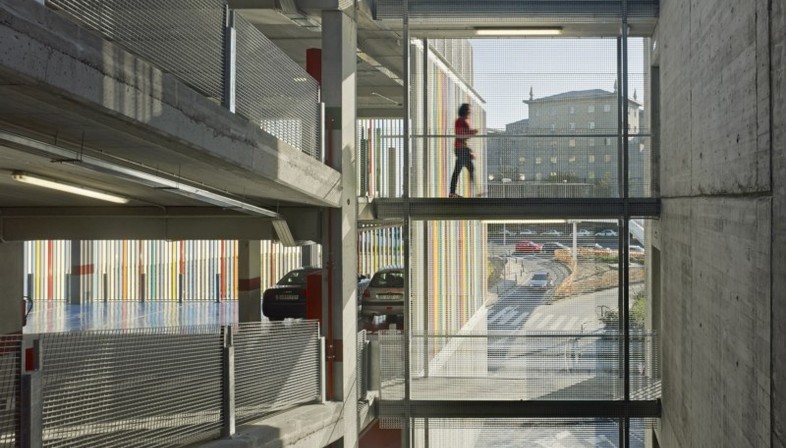 The parking lot’s position, with four levels below the elevation of the access road to the oncologic centre, which surrounds it, improves traffic flows to the facility. The architects took advantage of the natural lay of the land and created a new area between the public space and the pedestrian route leading to the two hospital centres.
The four-level parking lot is divided into two levels by internal ramps which, positioned on the longitudinal axis of the layout, make up for the 1.60 m difference in level between the levels in the parking lot. A taller outdoor volume at a distance from the parking lot building forms a centre for pedestrians containing staircases to the walkway connecting the two hospital centres.
Different functions are translated into differences in the finishes on the façade. In most of the parking lot, the lower part of the wall, in contact with the ground, is covered with prefabricated concrete panels and looks like a grey, heavy base on which to set a box made of vertical metal profiles in various different colours, positioned at different angles to create a sense of motion and lightness in the façade. 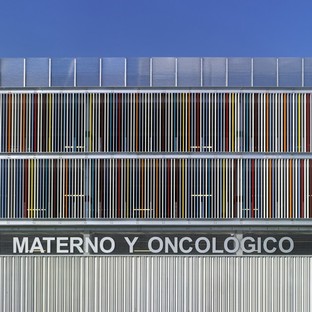 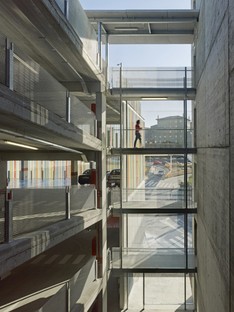 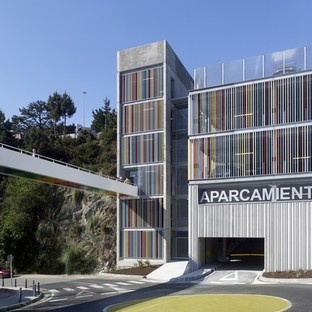 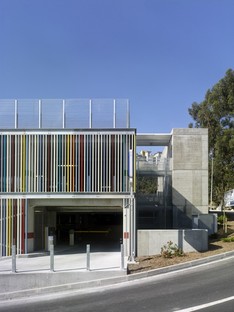 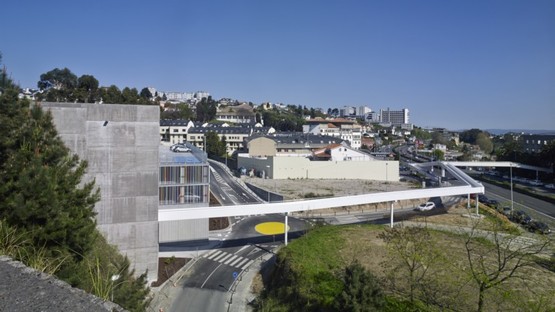 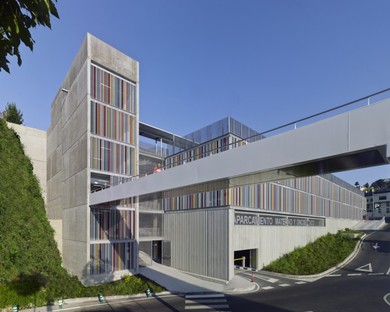 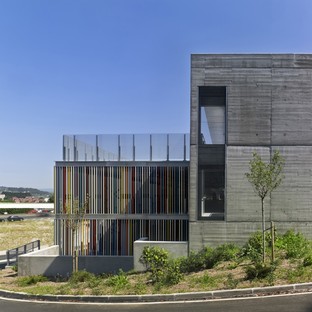