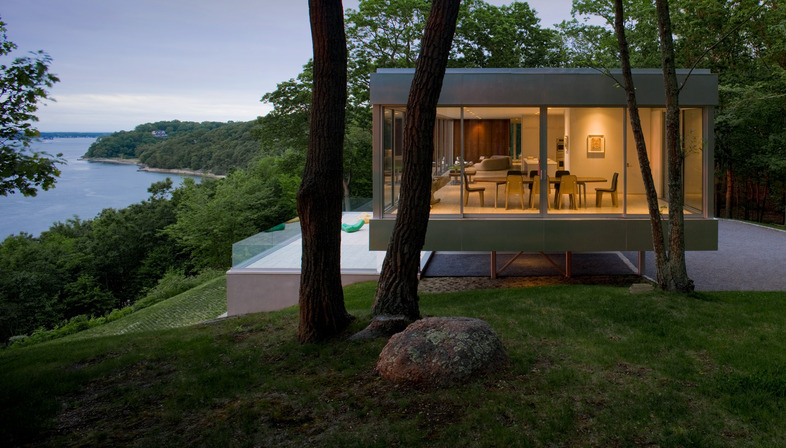 “Live, travel, adventure, bless and don’t be sorry” is a quote that makes explicit the ideal of life of Jack Kerouac, and could well synthesize how Micheal P. Johnson lived. The opportunities driven by Johnson’s thirst to experience, echoed by his enthusiasm and openness, allowed him to deepen friendships with men, authors of projects that seemed visionary and utopian, and by doing so, he assimilated and shared their way of thinking. Encounters with such exceptional and stimulating architects and artists that would arise anyone’s envy.

Certainly not a negligible experience, the long-term friendship he cultivated with Bruce Goff, a man who, beyond the prodigious talent and incredible futuristic production of imaginative and eccentric organic projects, deserves to be known for the life he has lived;  from an extreme condition of poverty, he was able to emerge, becoming “a singular force in modern American architecture”, even obtaining a teaching position, and later the title of chairman in the School of Architecture at the University of Oklahoma, despite being self-taught.

It is not a coincidence that Johnson has always been attracted to characters considered 'subversive' for their times, free-spirited in their search for new paradigms of our built environment, “never worried about how their bold experiments would have been received" and, above all, anticipators of the era of sustainable architecture. Through this journey, made up of confrontations and affinities, he dedicated himself to deepen the pioneering theories of organic architecture, specifically created for site and client, and then to modernism. 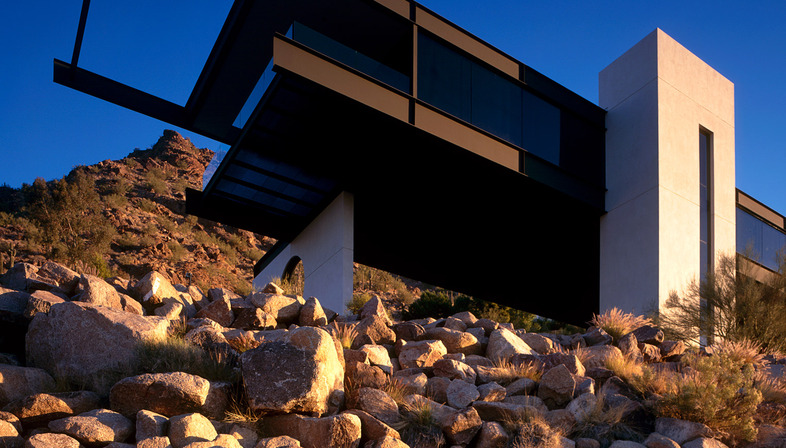 As Juhani Pallasmaa writes,“Johnson's interests underline the fact that creative work takes place in a cultural continuum and wordless dialogue between generations and styles”, and from this evolutionary growth, developed during an extremely captivating itinerary, was born his essential and elegant narrative.

Endowed with a pragmatic character, prone to avoid emphasis and empty formalism, Johnson, after the period of great passion for organic works, exerted by Wright, will feel a strong affinity with the concepts proclaimed by Le Corbusier, functional and anthropocentric, far from the delirious decorativism and exuberant calligraphies of the most redundant aesthetics. He will approach some of the most significant representatives of Modernism. One of these, Victor Lundy, with his ‘sculptures in space’, will have a strong impact on him; but there will be also many others who will give him the opportunity to explore the constructive and expressive qualities of reinforced concrete: Paul Rudolph with the expressive force of his robust brutalist structures, Oscar Niemeyer and Felix Candela with their light structures and fluctuating volutes.

On a photocopy that he gave me last summer, when we met at an annual meeting at the IAA, International Academy of Architecture in Sofia, underlined with a yellow highlighter, was the quote: “no one comes from nothing or from nowhere"; it is perhaps the compendium of the vision that Johnson has of architecture: a stratification of knowledge over time, studies and practices, a ‘train of thoughts' on the world and society. An architecture that always, in a positive or negative sense, influences our lives, 'creating a mood and sharing a message’, and that can cause a very strong impact on the environment. Considering these premises, the architect, conscious of possible effects caused by his actions, has to communicate with a great sensitivity and a lot of logic, at an environmental and social level. 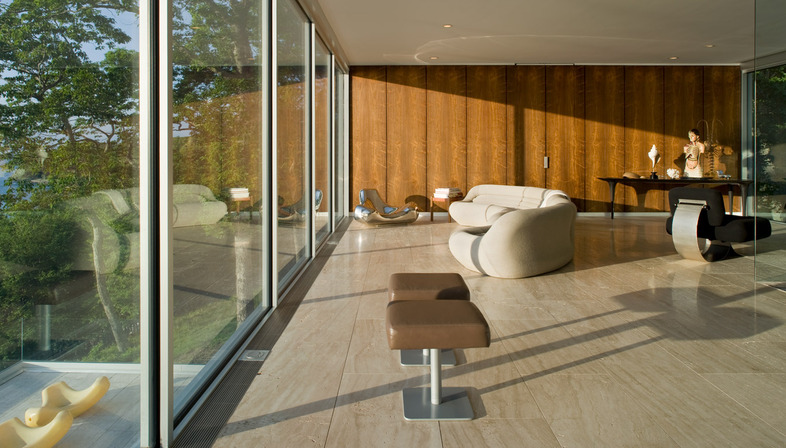 After so many experiences, refining his narrative exploration and forging his peculiar style, filled with a long, adventurous and intense life, Johnson felt the need to choose a place to live and work. The location ended up in the desert, a context more suited to his personality and spirituality, where he had already lived, when he attended, in the years of his youth, liberating movements such as those of 'hippies', or sharing the dream of his friend Soleri, who was firmly determined with Arcosanti to create his experimental city of the future, a prototype for an alternative habitat, in harmony with man. It is here that his maturity "expresses even the depth of the countless layers of ideas and motives that have been eliminated in the work process, and secretly fertilize and enrich the atmosphere of the final work", J. Pallasmaa. The empty, rugged, intriguing hardness and spectacular vastness of the desert became the ideal background for his creations. As O'Keeffe's bones stand out with a strong emotional impact against the desolate sky, the bold musicality of Johnson develops here the best songs, finding the rhythms and tones of the most incisive and vigorous dynamics, offering persistent and recurring notes that make up a beautiful melody.

1. One of my former university professor, Cino Zucchi, with the usual witty, pungent irony that distinguishes him, has recently highlighted one of the contradictions of our age regarding eco sustainability, writing on Instagram: "On my plane ticket to St. Petersburg it is said that my [individual] journey brings about 500kg of CO2 into the atmosphere, so round trip is a ton. I remember that the Vertical Forest saves 25 tons of CO2 / year. So if I, Stefano Boeri, Carlo Ratti and Mario Cucinella stopped going around the world doing conferences on sustainability and we started to renovate newlyweds’ apartments in the neighborhood of our cities, our contribution to sustainability would be much superior than our 'sustainable' buildings!!!” What is your opinion about this: do you think that in this field there is always the same consistency between "talking about green" and "living green”?

Interesting … This analyst may not have an answer! It would take, at minimum, a three-day international conference to address the issues (theory) brought forth by Professor Cino Zucchi. Such a Skype conference would be untenable due to time zones and numbers of participants required.

The early concerns from architects on sustainable buildings were, by my recollection, expressed in the late 50s by architect/philosopher Paolo Soleri (refer to the Mesa City Project, 1960.) When some twenty years ago “Sustainability” came to the forefront, architects used it as a marketing ploy, continuing on their way building 10-to-20,000 square foot residences, oversize box stores, et al.

There is a definite dichotomy in architecture between Talking Green and Living Green.

2.“Philosophy, mathematics and theology teach one how to think. And you can design something with a piece of paper and put some forms on it that you think are nice, but you have to be a thinker to build in an aesthetic way”, is one of your statements. What is your idea of aesthetics and thinker in architecture?

The aesthetic of ethics is utility and pragmatism. Function and ethics cannot be separated, or should critical thinking only come from an extensive study of philosophy, mathematics and theology?

The architect deficient in these qualifications will never produce architecture, only mere buildings. Historically so few buildings have reached the pinnacle required to be considered architecture.

3. “I have a great respect for people who are prideful of what they do and I see a lot less of it today than I did as a child”, are your words. Don't you think that today there are people who strive to do something to be proud of?

Upon returning from the war in Europe my father instilled a work ethic that has been my driving force my entire life.

Beginning in 1988, I taught for 28 years at the Frank Lloyd Wright School of Architecture and I found a diminished number of students willing to put forth the effort to excel. Over the years, in many cases, the foreign students continued to out-perform those from the United States. Recently I have worked with Greek students who work much harder than what I have seen in the U.S.

Of course there are people who strive to do something to be proud of, although most are immigrants, not, regrettably, American millennials whose noses appear to be stuck in their iPhones!!

Seek perfection … although it is rarely attained!

4.  You are a man who has had great passions; one of these was for that generation of young people who wanted an America and a world more free from conformism and more spiritual. Considering how things went, do you believe the generation you shared ideals with, achieved something out from the protests carried out?

My involvement in the 60s were with the social issues – primarily the Civil Rights Movement, the Vietnam War, and Women’s Rights. As the generation following the Second World War, we were full of optimism and hope for change. Achievements were made: Civil Rights Act of 1964, the termination of the Vietnam War (1954-1975), and Roe vs. Wade, passed by the Supreme Court in 1973, allowing women to choose abortion.
Our generation felt “we could change our nation into a world of angels” and it looked promising.

And then a parade of right-wing politicians starting with Reagan (and having continued through Trump) began an assault on people of color and immigrants. The Bush wars continue (19 years and counting), and Roe vs. Wade is under assault as attempts are made to deny a woman her legal right to choose.

We achieved a lot of change through battles although we seem to have lost the war. Could this be redirected by today’s youth?

5.  A relationship of great friendship and great respect has linked you to Paolo Soleri: what interested you and did you share about his philosophy and architecture?  And why you did not take part in the construction of his ideal cities?

My initial interest in Paolo was the seductive romantic forms of his architectural works and craftsmanship. At the time I was also interested in the work of the Greek architecture of Doxiadis, primarily his city planning. I realized that the direction of city planning and the proliferation of the American subdivision was a looming disaster in the making. Over the years these issues brought forth many conversations with Paolo – him mostly speaking, and me mostly absorbing!

I did entertain the options of working under both Frank Lloyd Wright and Paolo Soleri but I felt that ultimately my working under the apprenticeship of genius would be detrimental to my holistic approach of knowledge.

6. You devour books and, I would say, have had a life full of wonderful encounters.  A while ago, before a lecture, you showed me a pyramidal scheme of names of artists and architects who had left an imprint in your philosophy and works. How these contributions have influenced your ‘metabolism’?

7. Your works are functional and practical, composed by a crucial rational methodology, often binary, drawn up by a syncretism between nature and man-made. Yet, there is also a poetics that surpasses functionality and form, remaining elegant, minimal and bold. What is the role of poetics for you?

– In the siting of a building I seek to be as unobtrusive as possible;
– A structural method or concept is paramount in developing my designs;
– The function of the building trumps any capricious whim to be unique;
– As the reality of the building is to be occupied, I place the emphasis of the budget on the interior portions and avoid exotic surfacing of the exterior;
– Architecture, to me, is to solve a complex problem considering the site, the program, and the structure in a beautiful way.

“Poetics is that moment in architecture when elements yield more the sum of their parts…”
It could be, perhaps, the way architecture is able to “touch” its occupants on deeper, deeper emotional or spiritual levels.”
– Maria Lorena Lehman, author, designer, educator 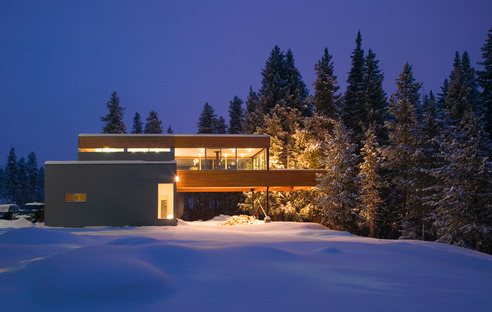 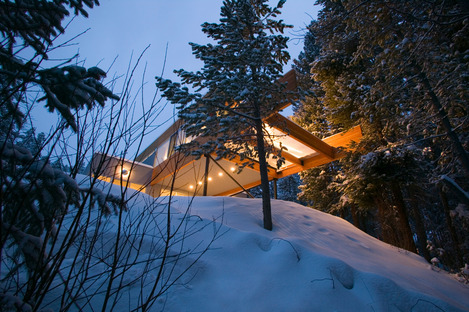 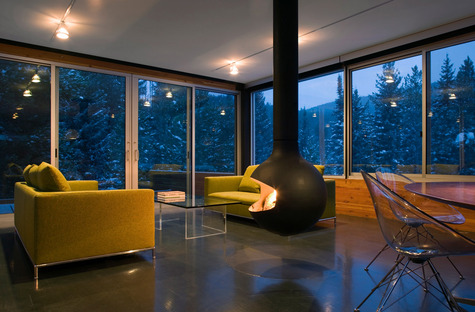 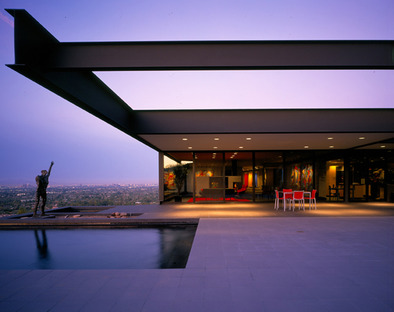 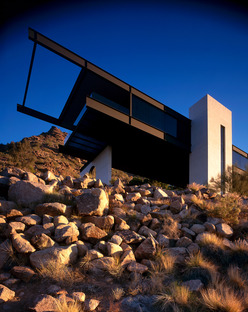 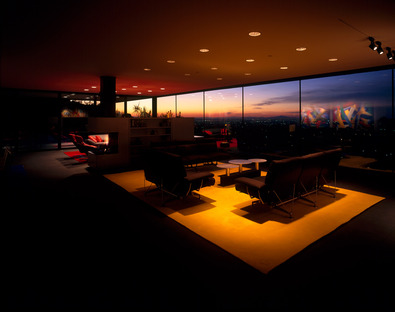 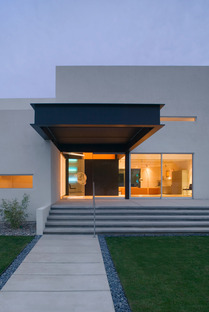 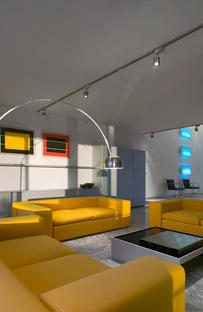 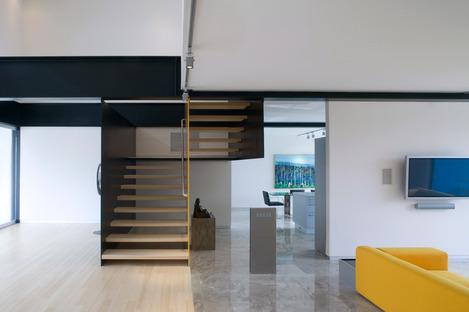