Lorenzo Marini: “My free (and peaceful) letters take over the Olivetti Building”

The artist who restored the identity and colour of the letters of the alphabet opens the Olivettype exhibition in Ivrea with a corpus of thirty-six artworks, many of which have never been exhibited before, and a colourful qwerty keyboard as tall as a man. The setting is the monumental Palazzo Uffici Olivetti, the Olivetti office building in Ivrea, constructed in 1964 as part of an industrial complex that is now a Unesco World Heritage Site. 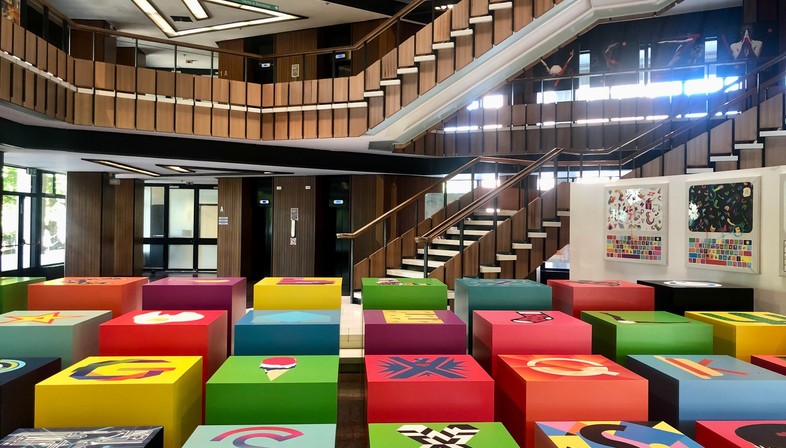 The funniest of the many funny things about Lorenzo Marini is listening to him talk about his highly personal vision of letters: “P is much more nostalgic than B, because it’s missing something: a P is a melancholy B; to make itself feel better, it grabs a crutch, and it becomes an R. K is half an X, while U is an upside-down rainbow. O is a regal letter, a symbol of God for the Greeks. If you pick up a Z, you turn it into N…” and so on, without pausing for breath. He inevitably brings to mind Bruno Munari or Gianni Rodari, Fortunato Depero or the highly refined Erté (Roman Petrovič Tyrtov), who dedicated a series of graphics of unrivalled elegance to the letters and numbers. Lorenzo Marini chose letters and numbers as the subjects of his art, giving rise to his 2017 Manifesto for the Liberation of Letters and a long series of artworks and installations in which the graphic symbols we identify with certain sounds or numerical concepts become free entities, with colours, forms and ideas of their own. 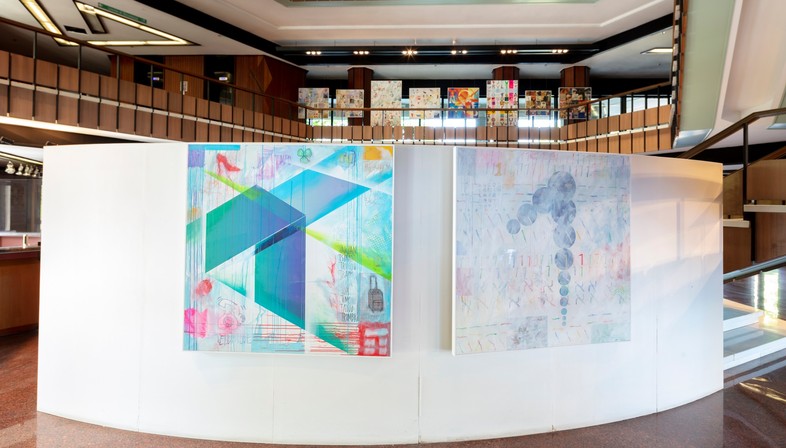 After training as an architect, Lorenzo Marini rose to success as a creative artist in advertising, founding the agency that bears his name, with which he has produced award-winning advertising campaigns in Europe and the United States. At the same time, Marini cultivated a career as a multiform artist employing a variety of different means of expression, including installations. A three-dimensional immersive installation opens the Olivettype exhibition, curated by Luca Beatrice and open to visitors until June 5 in the building Adriano Olivetti built in Via Jervis in Ivrea in the early sixties, a time of rapid growth, to contain the offices and management of his company. The complex, designed by Annibale Fiocchi, Gian Antonio Bernasconi and Marcello Nizzoli, is now a Unesco World Heritage site, characterised by a monumental central staircase and outer walls consisting almost entirely of windows. 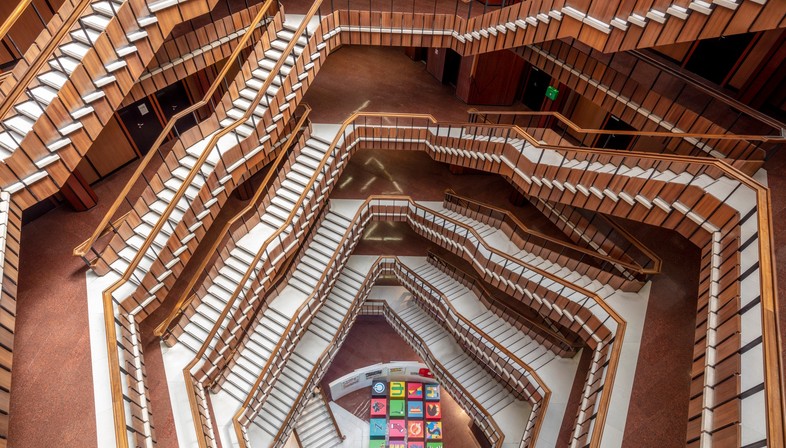 Lorenzo Marini listened to these spaces in order to establish a dialogue: “When I was in university we studied Adriano Olivetti, one of the great builders of harmony, of human capitalism,” he says; “even in those days, he already realised the value of what we now call cross-contamination: writers alongside factory workers, poets working with mechanics and engineers. He combined know-how with knowing how to think, like a sort of Lorenzo the Magnificent of his age. I enthusiastically agreed to add my artworks to this context, in the footsteps of this spirit. I’m happy when my work as an artist comes out of the places set aside for art to embrace new ways of being.” 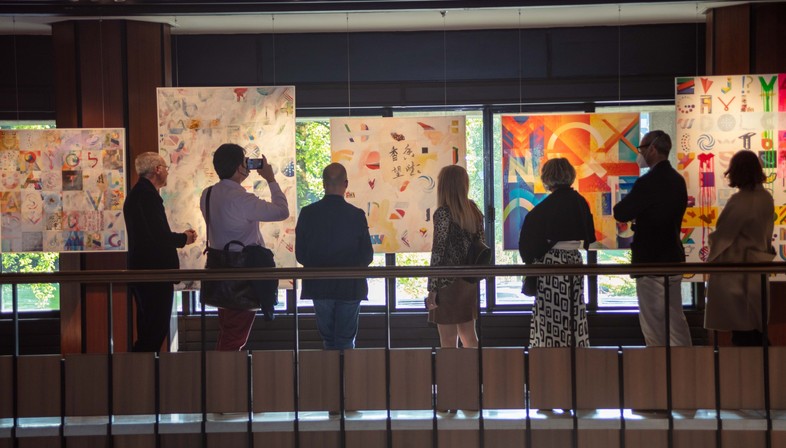 And so the building’s great entrance hall, above which rises a hexagonal staircase like something out of an engraving by Maurits Cornelius Escher, contains a huge keyboard, made up of big colourful cubes marked with the letters of the alphabet, transformed into narrative, evocative images, even into provocative nonsense: “As soon as you go in, you have to walk through the installation, which I called WriteType, which already existed but looks as if it had been created specifically for this space,” explains Lorenzo Marini; “visitors should imagine they are Lilliputians walking through a broken-up keyboard. They shouldn’t read the letters, but look at them as objects in their own right, free of the significance associated with them. To promote an all-round sensory experience, the sound of typing is broadcast in this space, with the bell that rings at the end of the row and the sound of the carriage return of an old-fashioned typewriter.” 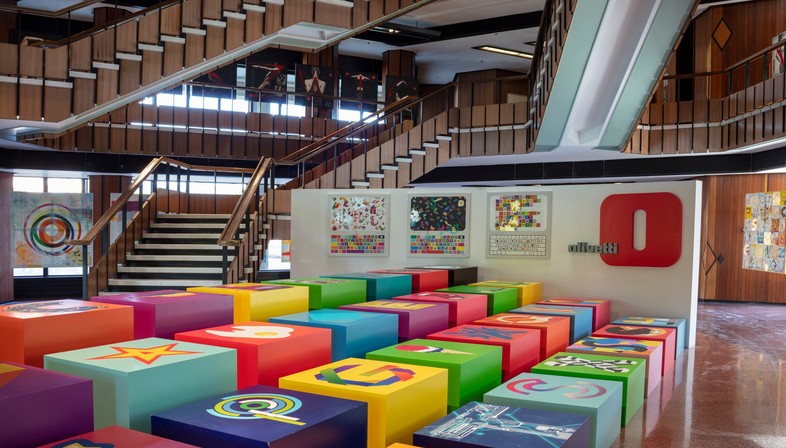 36 works of art are on display on various different levels, most of which have never been exhibited before, such as the letters in the BodyType series, in which, in a reference to Erté, Marini forms the letters by superimposing photographs of human bodies over digital and pictorial symbols; or TypeZero and TypeOne, two works dedicated to zero and one, symbols of the absolute and of nothingness, the heroes of binary code and the bricks out of which the digital world in which we live today is built. “Zero and one represent absence and presence,” concludes the artist; “TypeZero is made up of a hundred dots connected like brain cells, while TypeOne is a bar code that grows. But mine is a colourful rainbow code”. This is the difference that changes the way we look at things, overturning the usual schemes. Adriano Olivetti would have approved! 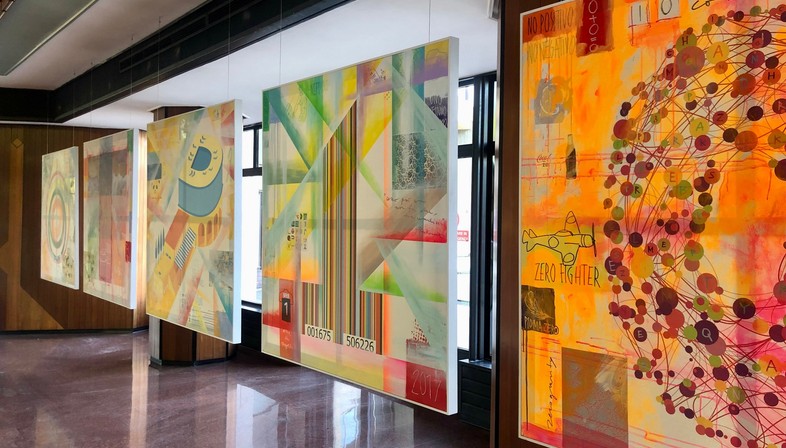 The Olivettype exhibition is held by ICO Valley, sponsored by the City of Ivrea, Fondazione Adriano Olivetti, and Associazione Archivio Storico Olivetti with the support of Prelios SGR. Open every weekend until June 5 at Palazzo Uffici 1, Via Jervis 77, Ivrea. 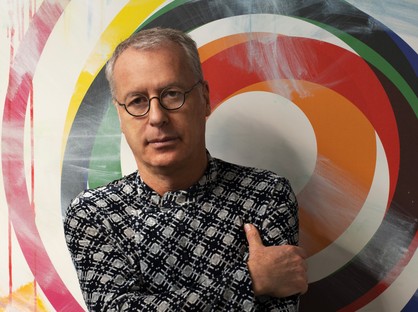 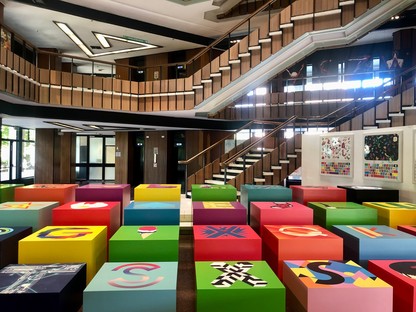 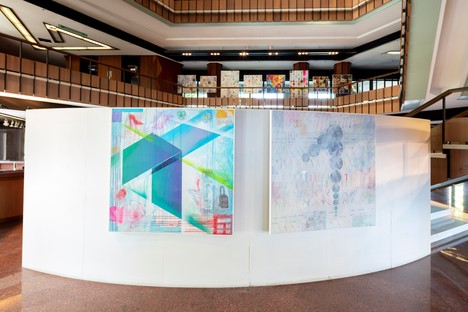 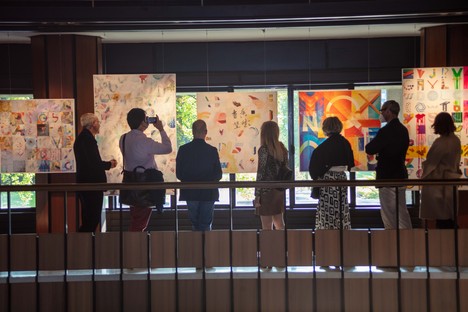 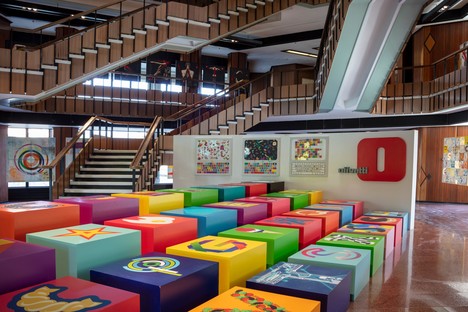 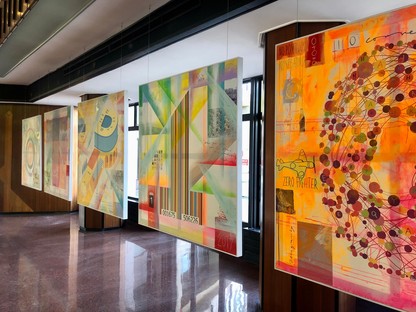 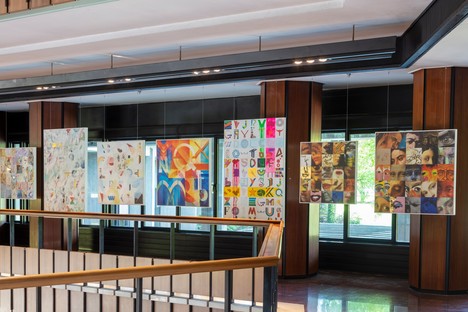 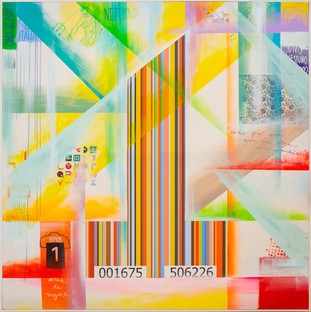 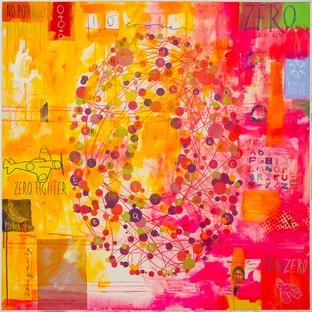