“I am still from that generation that is very much male dominated, but I just wanted to be a good architect. I do want to have enough women in my office”, Francine Houben 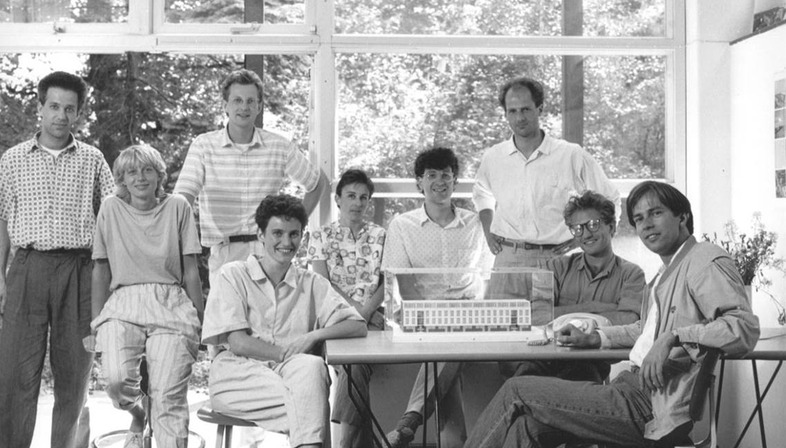 “I often say that I am specialized in things I have never done before, since I believe it’s very important to experiment, change directions, dare to be bold. When we dare to try new things, to think outside the box, beautiful things can happen”. I would like to introduce Francine Houben, an extremely interesting woman, with her own words that well summarize her open, lovable, generous spirit, also very adventurous.“Starting my own practice was never my goal. My dream was to be able to act on the ideas, energy, ambition and drive I was bursting with. Building a client base, a multi-disciplinary team and a professional organization was simply a necessity to realize that dream”, also these words well define the 'continuous line' she never departed from, during the years of her flourishing activity. She has proven that her ideas have been able to gain a huge response and a great deal of worldwide admiration.

As for the relationship with her male colleagues in the professional field, a relationship that has always been conflicting for many women, even in this case Francine has always avoided a confrontation based on competitiveness or revelry, rather preferring not to demonstrate anything to anyone but letting her achievements speak for herself. Results she obtained with her own strength, and with the contribution of a very close-knitted team. If we consider her life from the beginning, raised in a house with many brothers, it appears quite normal for Francine to accept without much theatrical noise, but, rather smiling—that’s how she remembers— the impertinence and prevarication of the males, who in every occasion wanted to dominate over her and her younger sister. This type of behavior at home does not touch her much, as an incontrovertible fact the male’s superiority at a physical level, determined by nature. She will demonstrate, instead, the groundlessness of that claimed superiority, that very often man tends to arrogate to himself, at a working and psychological level, thanks to all those privileges, without objective reasons, reserved and granted to him. 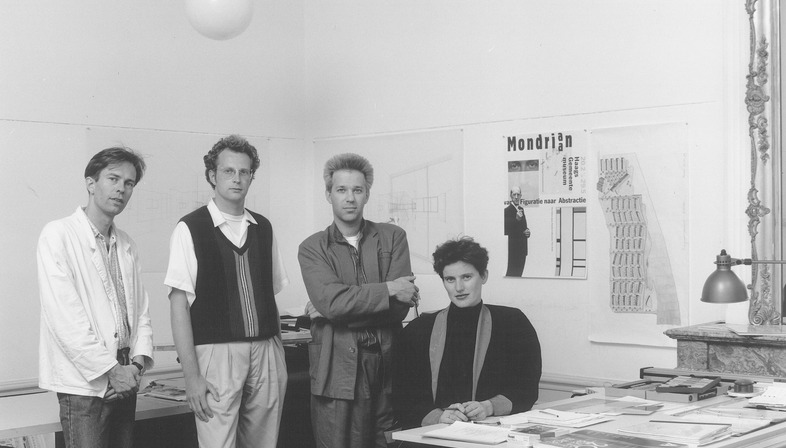 Mecanoo, 1985. © Mecanoo.
Throughout her professional career she has always maintained a particularly balanced attitude with her male counterpart, despite bitterness and disappointments which she had to overcome as all of us in our lives. The beginning seems easy and promising, when with some of her classmates of Delft University of Technology, she enthusiastically discussed architecture and, later with a friend, followed by a few others, decided to open a studio and immediately started working, even before finishing their thesis. During the initial adventure it was not even considered a sharing of roles but, the main objective was to be useful in an urban and social reality, in their eyes so much in need of innovation and of that beauty that was completely denied. Motivated first of all by the aspect of social housing, they slowly expanded as an inevitable consequence, the range of interest, intervening on public spaces, education and mobility, in the attempt to offer a better life to people inhabiting the city. With great passion and idealism they won a first competition, and then shortly later, a second one, launched by UNESCO, which as a prize awarded a trip to Japan. Francine had participated together with her group, firmly resolutioned to escape a local reality and face an international trip. The love of travel will remain a constant in her life. 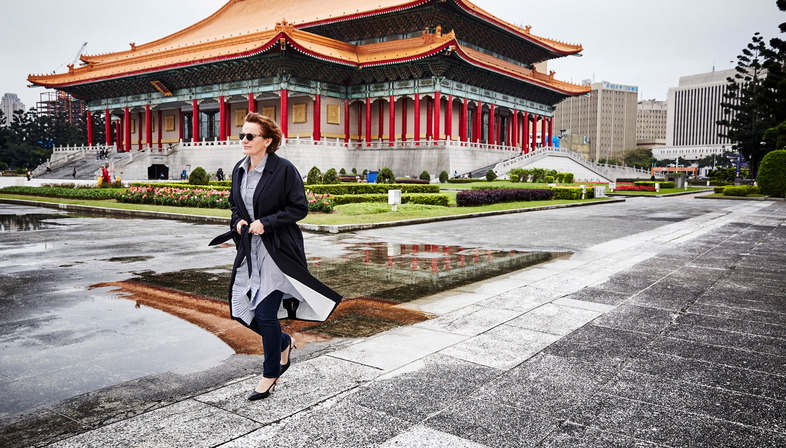 Thirsty to confront, understand, learn, as she tells us, and even recommends to young people who want to undertake this profession: architecture cannot be understood only by looking at glossy images of magazines, it is important that it appeals to all our senses, that touched, savored in its precise context, in short captures and involves us, causing reactions of joy, pleasure and perhaps even rejection in us. Japan will prove interesting for her: she will meet Toyo Ito, an architect she will find particularly stimulating. The travel experiences will occur more and more frequently and there will be many more encounters that will mark special moments of inspiration, that she will try to experience again and again during her life as a traveler. Charles and Ray Eames, for example, are a couple whom she will meet repeatedly, although the affinity will be particularly with Ray, returning often to visit her even after the death of her husband. She admired, above the pleasure they unveiled in their tireless work, the completeness of all the particularities embraced in their creations: technical aspects, innovative research of materials and shapes, human comfort. And she will echo this type of versatility in the consistency of her subsequent long practice, making use of different contributions to achieve an optimal result. These are values ​​of fundamental importance which, enriched by the synergistic exchange of the most varied disciplines, will always be scrupulously respected up to the days of her current team, led by a leader who, with great conviction, guarantees that "multidisciplinarity is crucial, especially nowadays. Long are the days when we would work isolated. Working in close contact with other disciplines is essential, we have to learn from each other". Even the way of doing architecture will continue to evolve but will always remain rooted in the same ideals: "To design primarily for people, construct spaces that are relevant to place, and forge connections that give a building purpose”. 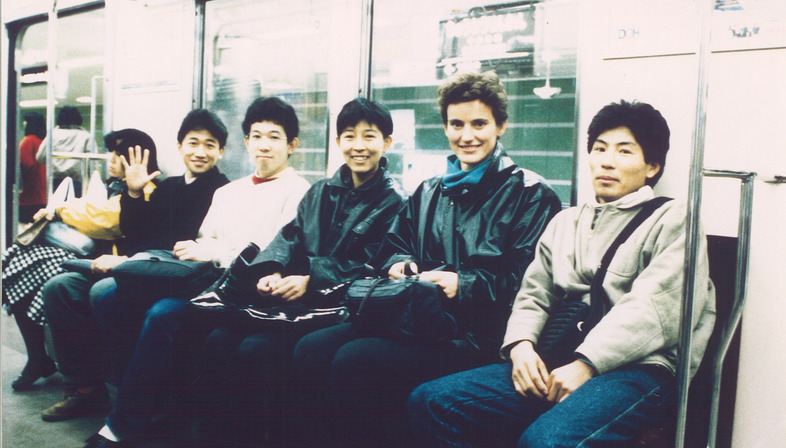 Going back in time, we can find that the small studio, originally located in Francine’s student sitting room and then moved to a space in a historic building on the Oude Delft Canal (since than renovated and refurbished with some of the neighboring buildings), has decided to choose for its official launch the original name Mecanoo, inspired by the British construction kit system, to underline their playfulness. They proposed to offer always different, innovative and more suitable solutions. The firm’s logo, a blue diver, was instead chosen to symbolize dynamism and audacity. Still today, after three decades, Mecanoo studio has not lost a glaze made of enthusiasm and joy in the realization of its works and, when approaches new potential employees, promises that "they will work alongside talented, engaged and positive people who also love what they do”, “international free spirits poised to make design statements that define and connect people”.

Gradually that small original nucleus unfortunately will dissolve, many things will happen and Francine will remain alone but will never give up the dreams that had animated her youthful years. Prestigious projects will arrive, the number of commissions and the realizations all over the world will be surprising, as the very important awards received. The types of work will range from theaters, museums and libraries to hotels, residential projects, entire neighborhoods, housing and parks. Libraries, in particular, which have made Mecanoo a reference point worldwide, talk about openness, inviting spaces full of life. Created to welcome anyone, without distinction of social class and culture, “libraries are about so much more than books. They are about meeting other people, learning from them, creating things”, nowadays they represent "the most important public buildings, like cathedrals were many years ago", Houben underlines with absolute conviction.
The Library of Birmingham-LoB, the largest in Europe, shortlisted by the Royal Institute of British Architects (RIBA), among the six finalists for the 2014 Stirling Prize, projects such as Renzo Piano's The Shard, and Zaha Hadid's Olympic Aquatics Center, was in fact conceived as ‘People's Palace’. 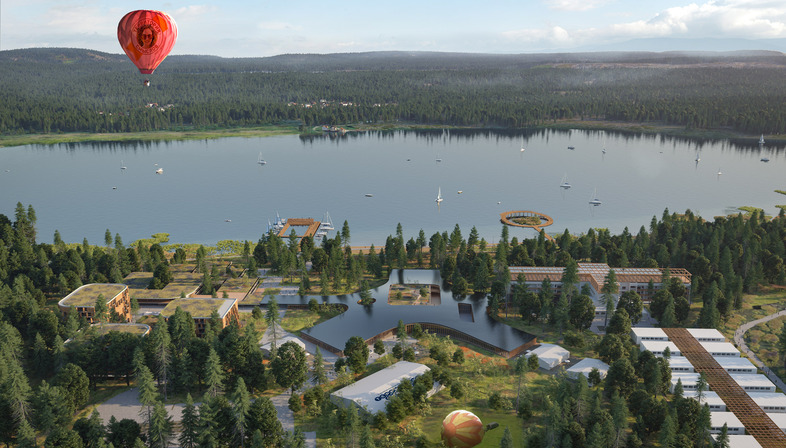 Alongside such a rich and important portfolio unfolds an equally prestigious academic career: Professor of mobility aesthetics at the Delft University of Technology, Visiting Professor at the University of Harvard and Yale, where this year 2020, she will take on the position of Louis Kahn at the Yale School of Architecture, and Honorary Fellowship of many important institutes. Curator of the First International Architecture Biennial Rotterdam, Houben was one of the first women to bring the theme of the aesthetics of mobility to international design consciousness, already supporting in 2003 the importance of a healthier life, less dependent on the cars more on the bicycle which, in her predictions, would have been the means of the future.

This aspiration for a healthier life, more in common with nature, has always been at the basis of both her philosophy of life and of her design research through proposals that, making green an essential element for the vitality of our existance, welcome it inside the built environment. Many are the examples of large disused and peripheral areas repurposed as newly pulsating neighborhoods "where people can live longer, healthier and happier lives”. I personally really liked a masterplan that recently won a competition launched for a campus in Russia, situated along Lake Senezh, on the outskirts of Moscow. Landscape and building blend perfectly: the buildings seamlessly dialogue, without hierarch, with the surrounding forest and water, creating voids and interconnected spaces between internal and external activities.
In a somewhat magical location in the UK, in Lechlade, is another example of how Mecanoo would dream of the life for each of us: the Glass Villa on the lake, a poetic synthesis between architectural gesture and the tranquility of the surrounding waters, due to the glass skin wrapping the small presence, seems almost to float on the lake surface. 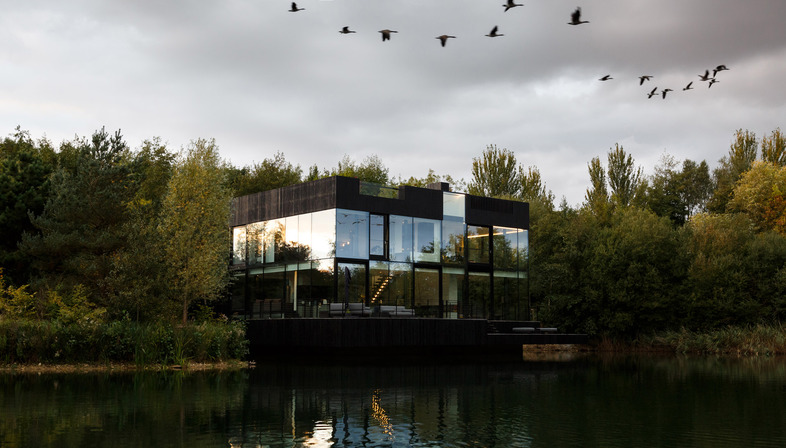 Named as Woman Architect of Year 2014 by Architects’ Journal, that had awarded her by popular vote the Stirling prize for the Birmingham Library, she received the award motivated by the judge with these words “a wonderful example” of architect able to combine “that leadership role” of a large studio of 120 people, from more than 20 countries, “with the highest quality of architecture”. Defined as “confident but humble”, Houben thanked, stating that it was a great privilege for her to design the Birmingham Library but that the merit was to be shared with all those who had supported and collaborated in the success of the project, highlighting one of her major qualities: her openness to work in a real, concrete exchange of ideas and contributions.

We can’t absolutely call her a woman looking for a place under the spotlight, and not even a woman who intends to feed on the endless diatribe between the two genders, male and female, that appears impossibile to find a convergence and a mutual interaction. It is precisely for this reason that, when asked what is the biggest challenge that her colleagues have to face today in architecture, she answers: “for both men and women, the challenge lies in changing the perception of the architect. Architecture is never a solo act. I like to compare it to directing a symphony orchestra; it's all about teamwork, about being visionary, sensitive and supportive at the same time. Women are especially good at that”. And she will not hesitate to affirm something that summarizes her existence and sounds very sincere: "I feel privileged to be a woman, a mother, and an architect”. These words accompanied by the example Francine has offered during her existence as a woman, as a mother of three children and as an architect, must make us reflect that 'wars' are not fought at once, but only day after day and that, once we understand what is really important in our life, we have to sacrifice and dedicate ourselves, perhaps even completely, to achieve an ideal, a dream or something that we consider really important. It’s like a woman did, who after so much success, addresses this invitation: “my advice is to remain true to yourself, use your common sense and follow your dreams with determination”. 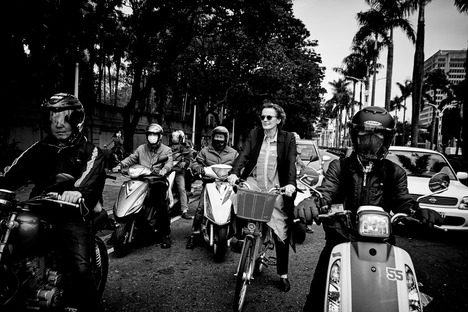 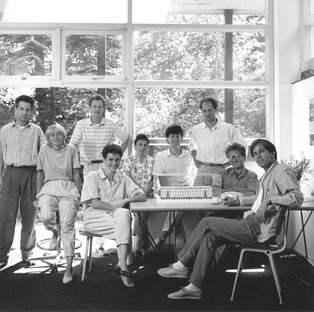 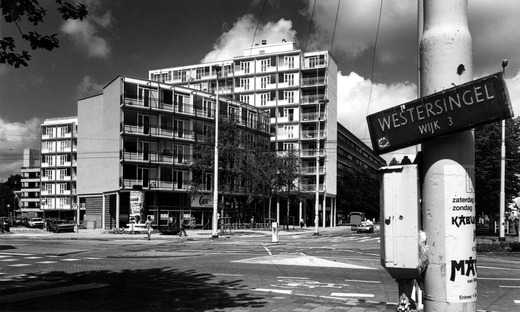 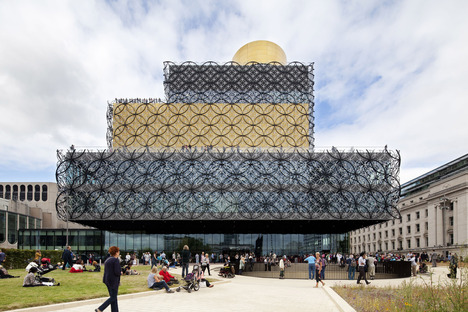 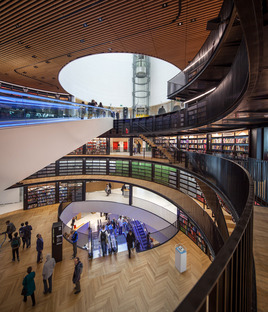 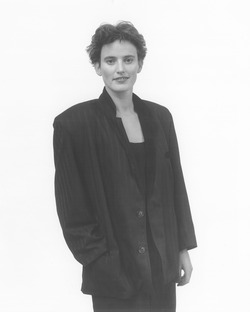 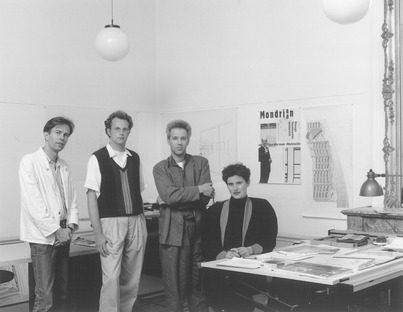 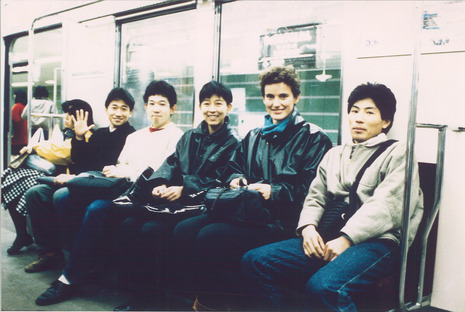 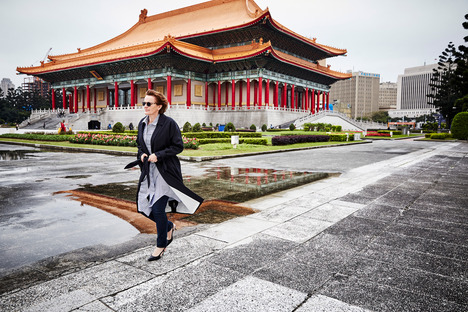 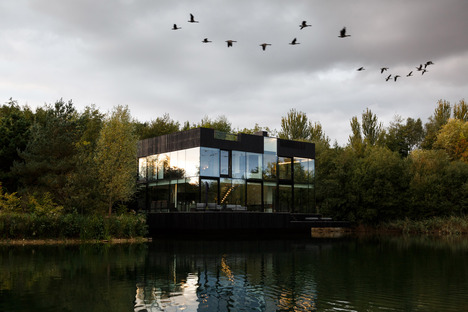 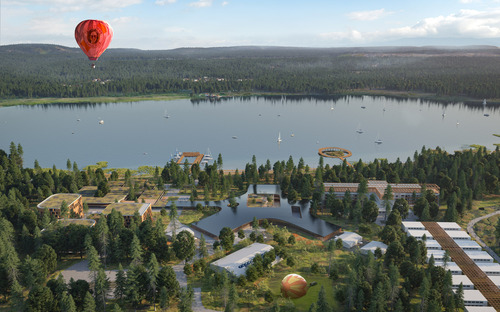 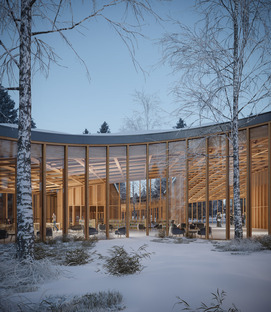