Deca Architecture has designed holiday homes on the island of Antiparos in Greece in which integration with the landscape becomes mimetic architecture: a dry wall construction, which takes advantage of the protection offered by the hills and the green roof of Mediterranean scrub. 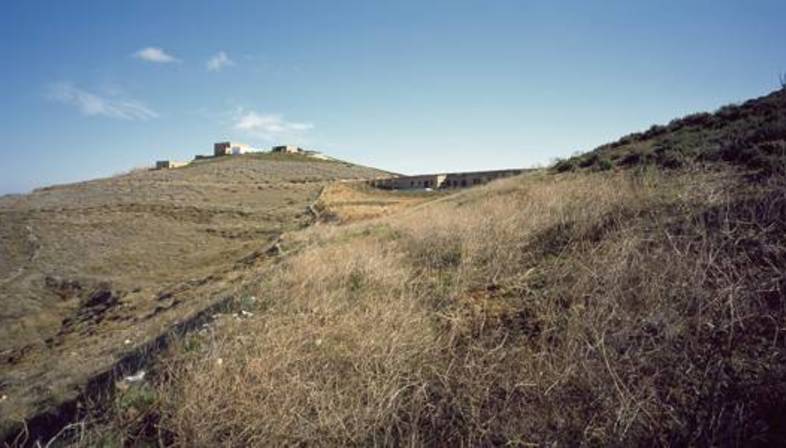 It is surprising to see that a manmade construction can disappear entirely into its natural surroundings, not because nature slowly gobbles it up over time, defeating the artificial, but on the contrary, as an element specifically created to complete its natural surroundings, to the point that it cannot be distinguished from them. The Aloni home on the island of Antiparos seems to have been created there when God created the hills and valleys of the island, forming a bridge uniting two hills. It is impossible to see any temporal or figurative distance between the island’s arid natural setting and the low, invisible stone construction.
It is heartening to discover that this is a building constructed in our century, despite the fact that we are now used to think of a building as a break with the landscape, a sign imposed over it, a subversion of the existing landscape. While many contemporary buildings are created in one place but could be moved anywhere else in the world, as they have no specific topographical references, Deca Architecture’s holiday home could not have been built anywhere but here. The formal requirements of the home’s design are moulded to the local topography, so that the home is totally effaced and the eye confused, as we can only detect a human presence if we look carefully from close up. This is because the home consists simply of two straight stone walls resting against the hills to the north and south, as in ancient local rural buildings from times when tourism had not yet made the Cyclades into a favourite holiday destination. An extension of the plateau, the walls let the earth into the house so that it knocks on the door of the central hall around which the bedrooms are arranged. Oriented on the basis of the home’s main axis, the main hall is lit up by the window that is the south wall and by the many doors and windows that allow it to interact with the courtyards opening onto the valley to the west and toward the sea in the distance to the east, so that the inside of the house has the feel of a passageway, a door in which to stand and admire the landscape in either direction.
By blending into the landscape, the house not only respects nature but takes advantage of its resources: its position sheltered by two hills, its floor plan on a single level and, lastly, the presence of a roof of greenery for cultivation of local shrubs continuing the landscape of the nearby hills without interruption shelters the home from the weather, insulates it and controls the temperature indoors. 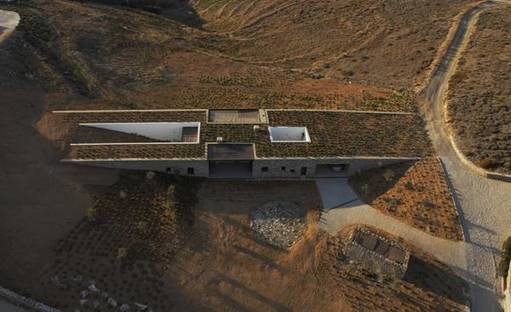 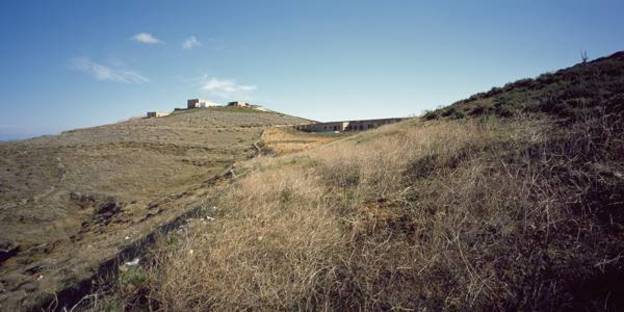 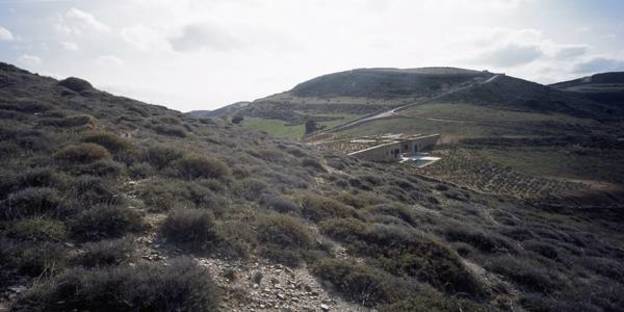 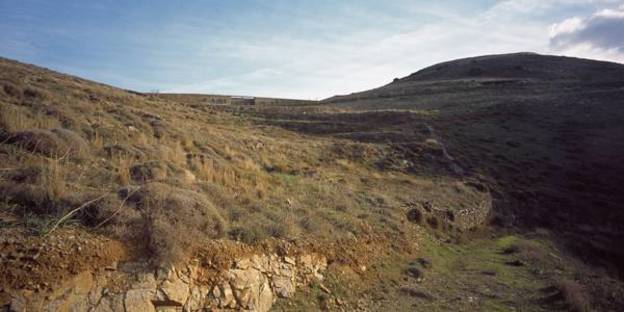 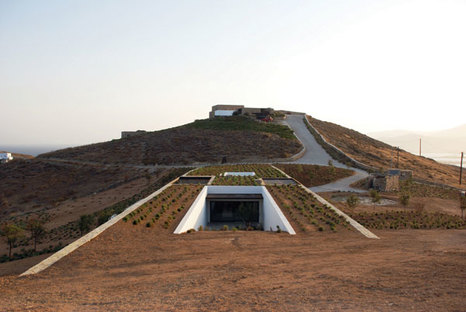 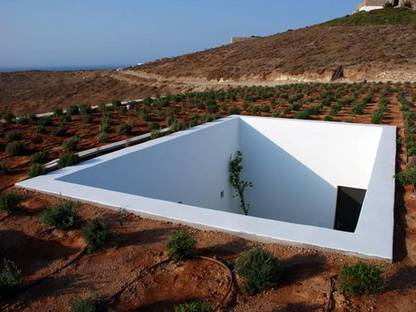 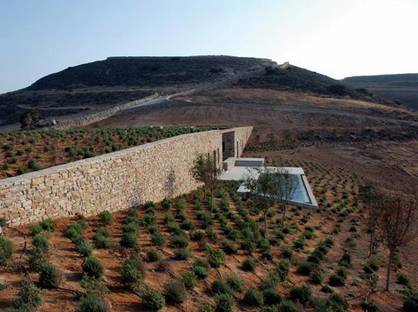 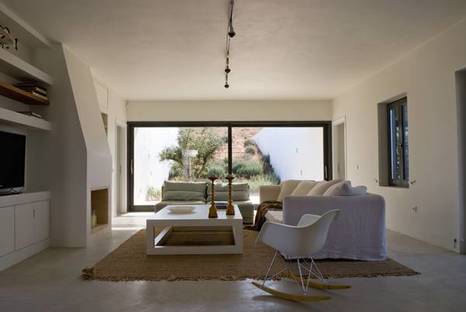 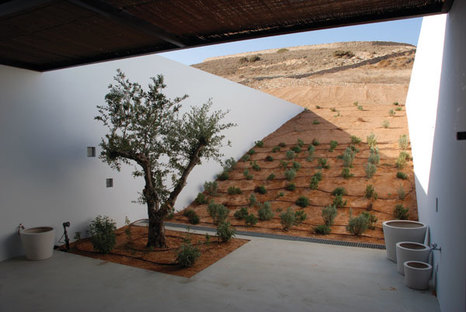 Cometa Architects: Rocksplit, house on the island of Kea in the Cyclades