David Chipperfield and the image of Justice

Barcelona’s new City of Justice designed by David Chipperfield breaks up a large lot into a series of separate buildings facing onto a plaza that channels the flow of users. The rhythmic alternation of windows on the façade has the value of a decoration which serves to lighten the building’s impact on the outside and let light into the interior. 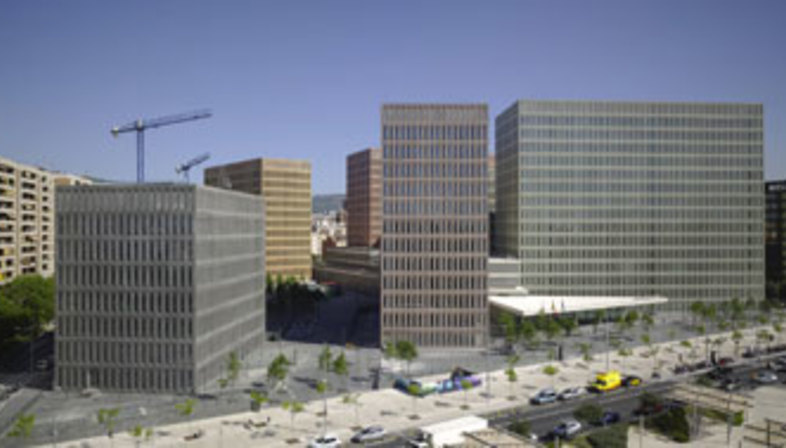 The British architect, recently praised for his restoration of the Neues Museum in Berlin’s Museuminsel, also completed another important project on an urban scale in 2009: the new court complex in Barcelona and the Hospitalet de Llobregat. Until not long ago citizens of the two cities had to go to other locations for these services, which were poorly organised in 17 different buildings. After winning the competition on invitation held in 2002, Chipperfield was appointed to build a true City of Justice in a 288,000 square metre area on the border between the two towns, easily accessible by public or private transportation, adjacent to both Gran Via, the biggest road to central Barcelona from the south, and Carrilet, the major route to L'Hospitalet. In such a strategic position, the new court centre was to be given an image worthy of its importance as an institution and of its symbolic role in the city’s architecture.

Working on a site that formerly housed an abandoned military barracks, the project was inspired by the concept of the citadel, defined as a fortress and a bastion, to open up toward the two cities, dividing the lot into a series of separate buildings: eight towers facing onto a public square which is the fulcrum of the composition as a whole. Chipperfield’s layout is very clear and the distribution is immediately obvious to users needing to access various court divisions: each volume is independent of the other, and the complex is governed by the balance of full and empty volumes.
The square receives citizens and directs the flow of users toward a lower construction with a free floor plan joining a group of 4 towers: inside them are the courtrooms, on the ground floor and three levels above it, accessible directly from the central concourse, which acts as a filter between the courts and the city. The concourse is a sort of big atrium 4 storeys high, characterised by cylindrical columns supporting jutting concrete floorplates, completely open to the outside thanks to continuous glass panels with mesh screens. This choice may appear to contrast with the massive image of the 8 buildings around it, all of which have rectangular floor plans and the appearance of perfect rectangles with no variation from the ground floor to the top floor. In actual fact the weight-bearing facades of reinforced concrete feature a closely packed series of tall, narrow windows that break up their monolithic appearance, so that from close up the balance of closed walls and transparencies lightens the buildings’ imposing, austere geometric volume, while from far away the surfaces look as if decorated. The building’s ornamentation also includes slightly different pigmentation of the cement on the facade of each building: this feature is not immediately obvious, but the subtle chromatic distinction underlines the differentiation of tasks and functions performed in each tower.
Though the pattern of the windows gives the interiors an austere feel, the rooms are all very well lit, and their brightness is reinforced by light-coloured cement terrazzo flooring.
by Mara Corradi 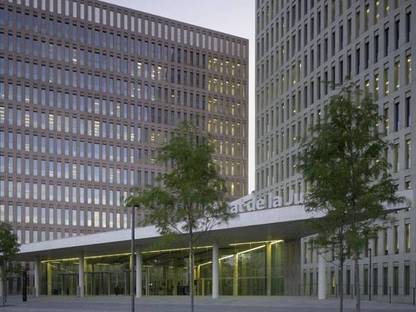 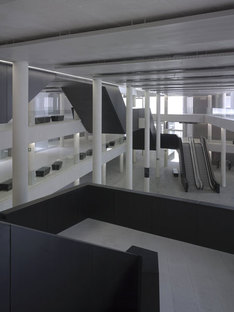 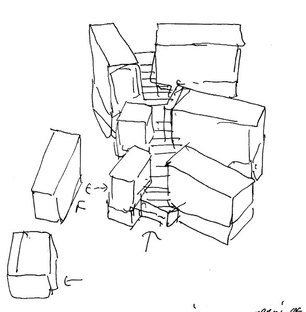 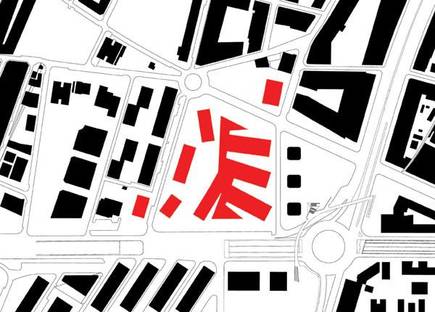 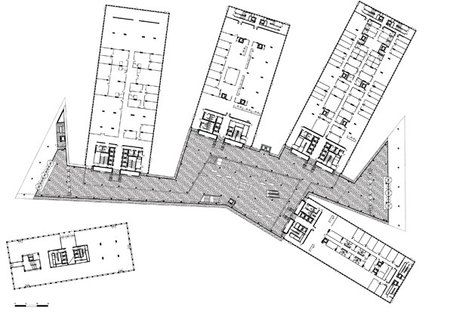