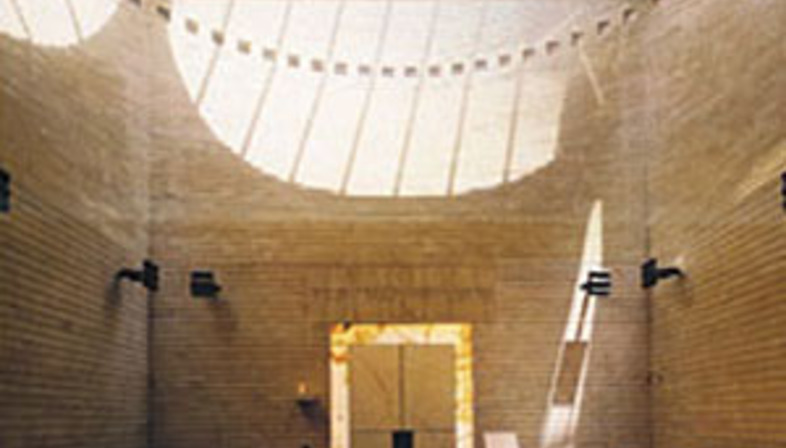 The Hebrew word for "Synagogue" is "bet hakeneset", which literally means a centre for meetings and sharing among the entire community; it is a place for reading and commenting on the holy scriptures, rather than for celebration of the liturgy.
The need for preservation of cultural identity is uppermost in the minds of a people who are perennially on a pilgrimage; this need gives rise to a desire to construct a symbolic object capable of catalysing and preserving architectonic traditions linked with a specific place.

Its historic origins probably date back to 516 E.V, the year in which the first Temple was destroyed; the construction of the synagogue demonstrates the need to express a desire for action which is open and permeable with respect to the heritage of surrounding cultures, from which it freely draws formal, stylistic and constructive elements.

The plan for the new synagogue on the Tel Aviv university campus must be considered in the light of this context, of which it represents the synthesis.
The new structure is located in a corner of the large green plaza in the centre of the district housing the campus's collective facilities. The building was commissioned by two individuals, Paulette and Norbert Cymbalista of Switzerland, who wished to involve the entire community in the project.
Admirers of Mario Botta's work, the Cymbalistas decided to appoint the architect to carry out the prestigious project, and the result is an architectonic object of undoubted symbolic and evocative value.
The proportions of this "monumental temple", its wealth of form, and its highly characteristic structure attempt to define the most solid aspect of religion: affirmation of belonging to a place, of the end of centuries of exile.
The project centres around the attempt to identify the place and make it recognisable: two identical cone-shaped towers about 17 metres in diameter give the main façades a unique appearance while responding to the general set-up. 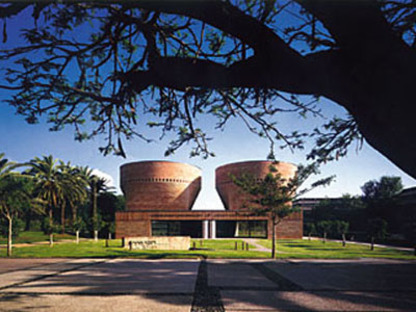 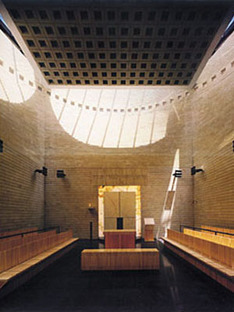 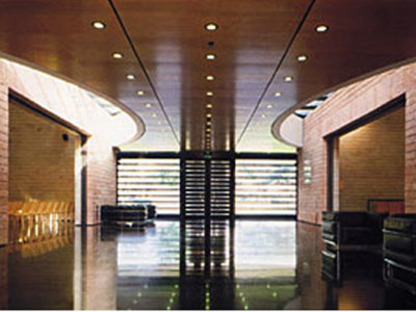 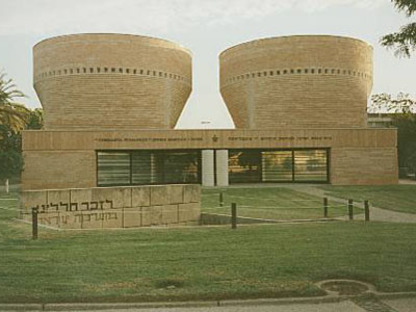 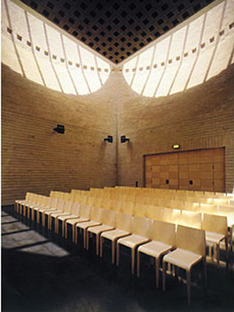