Coop Himmelblaw was founded in Vienna in 1968 by Wolf D. Prix and Helmut Swicznsky. In 1988 and 2000 additional offices were opened in Los Angeles and Mexico.
Their projects are located all over the world, from Europe to the US, Japan and Mexico. 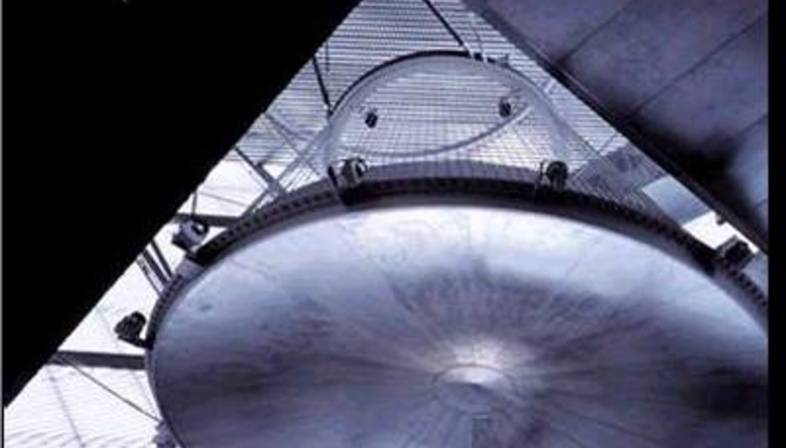 The UFA Film Centre in Dresden, Germany is a multipurpose complex almost 7000 m2 including eight cinemas with a total of 2600 seats. It was designed in 1993 and opened in 1998.

The concept around which it was planned involved interlacing the urban space of the outdoor square with various indoor spaces and public passageways. A complex system of links forms a dynamic sequence of spaces defined by tangents and diagonals rather than axes. Dialogue with the city is also present in the form of visual contact, in that its transparency reveals the content of the building to the city and the structure of the building frames the urban landscape as seen from inside.

This multi-screen complex is made up of two units:

The cinema block - opens onto the street to create a large pedestrian area.

The crystal - like a glass shell rising several storeys up. This deconstructivist corner structure has become the symbol of the building. It serves not only as a foyer and centre for people going to the cinemas, but also as a public plaza where multimedia events may be held. The stairways, ramps and bridges inside the foyer are expressions of urban life, just like the visual variety and "chaos". The 3-D development of space offers multitudes of levels reminiscent of the dynamic structure of a film.

The "Skybar", a double floating cone, is a café and restaurant accessible from the foyer.

Circulation through the building is very well structured, permitting visitors to cross it in any direction: at the top, at the bottom, inside the crystal and along the opaque outer façade. Thus the structure becomes an element of active participation in the urban fabric, not just an aesthetic object.

The Coop Himmelblaw architects were nominated for the Borromini prize for this project, with the comment that "?their work effectively challenges our prejudices about architectural and urban space." 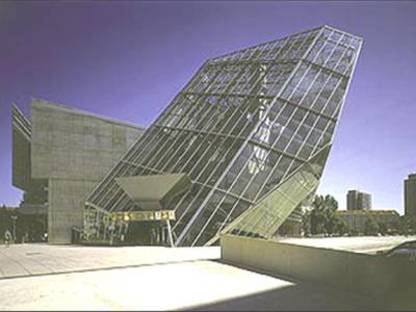 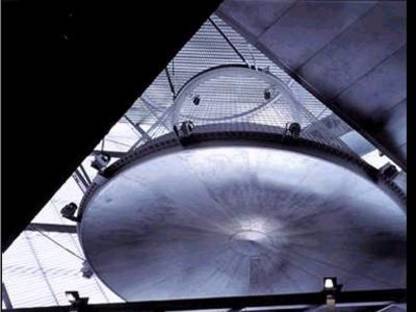 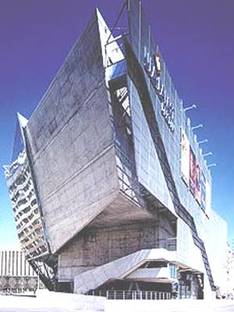 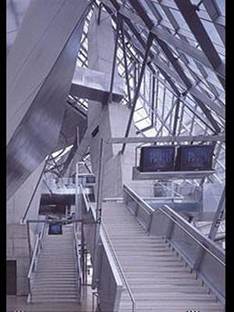