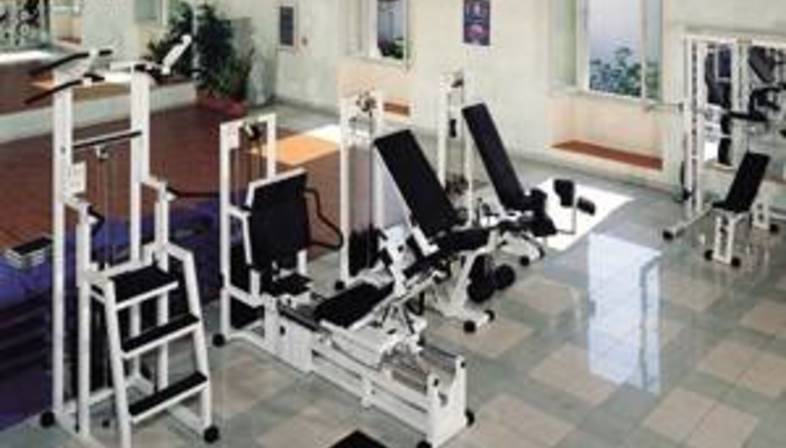 Top Line Gym was built in 1999 by renovating a building which had previously been used as a cinema, games room, foreign exchange office, apartments and the offices of SOMS.

The building's intrinsic characteristics, such as the organisation of routes and its large ornamented ceiling, had a strong impact on the new project.

The building was strongly characterised by its large hall with a painted ceiling, now the main room of the gym, where the fitness machines are located. The original ceiling consisted of wooden beams; a hung ceiling had been added, plastered with plain lime mortar, and only later was the 10.30 m long ceiling decorated.

Because of its huge span, the centre of the ceiling had sagged. The first thing to do was strengthen it with a layer of sprayed polyurethane above it.
At this point the floors had to be completely reconstructed, defining the identity of the rooms and uniting them together. The choice of flooring was very difficult. The aim was to save on expenses while achieving maximum practicality; in short: maintenance, durability, hygiene and safety. The material found to satisfy all these needs was a porcelain stoneware tile produced only by Ariostea under the name Star Dust.

This is an opaque tile offering multiple qualities: very low water absorption, ideal in view of the frequent cleaning to which a public place of this kind is subject; good resistance to bending, which prevents cracking; considerable durability, ideal in view of the considerable weight it was to bear and the constant passage of people; colours which are resistant to the light that floods the room every day, and non-slip qualities in accordance with national regulations.

The work performed both renewed and enhanced the existing building.
The results are exemplary in both functional and aesthetic terms.
The colours of the materials used pick up on the old colours already in the building and blend with them, while retaining their modernity and their own identity; thus the floor with its large white and sky blue tiles picks up on the colours in the painted ceiling and sets them off.

The technically advanced material goes perfectly with the old paintings above it, creating a continuity with them, almost reflecting them and expanding on them. The flooring continues into adjacent rooms and even into the bathrooms, where the same tiles cover the walls, changing only the way in which they are arranged in a discrete, entertaining manner.

Top Line gym is an excellent example of renovation of an old building essentially through choice of the right materials. Here porcelain stoneware is used to solve technical problems and enhance and beautify the room. 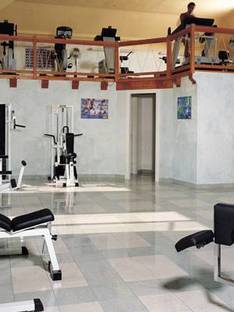 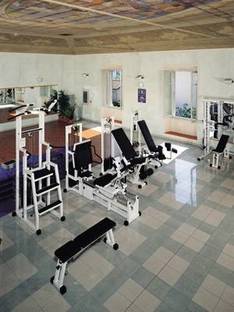 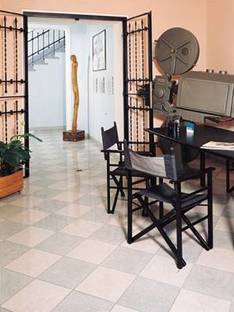 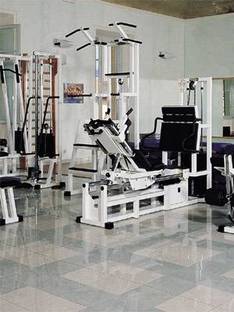