The same architect who designed Peckham Library in South London and created an icon that has increased the number of users threefold, has also ventured out into a project that aims to revitalise a rundown area of Dusseldorf. 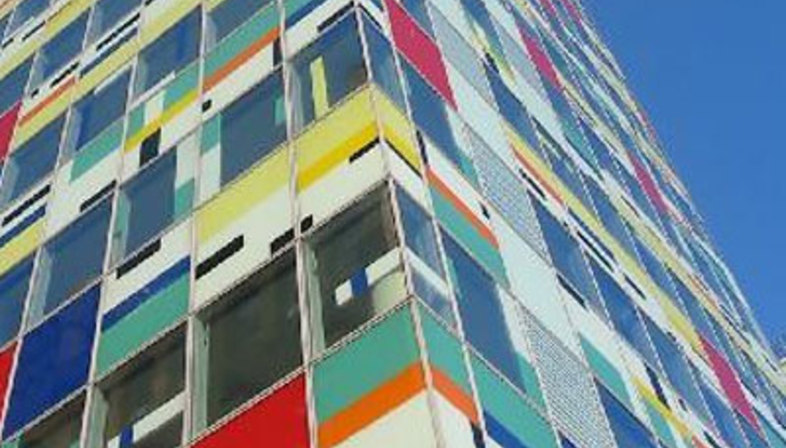 Once again William Alsop, the British architect and urban planner who uses colour to create a dialogue between his works and their surroundings, has used them to make a distinctive symbol not only of a building but of an area.
Colorium is a 62 metre-high tower built over 18 floors. It was designed as an office block, but also so that its special shape would begin a process of aesthetic, economic and social rebirth. The area in which it has been built is the old river port of Düsseldorf, which has several examples of industrial archaeology, with brick buildings and anonymous steel facades.
In a context of this type the tower designed by Alsop has become a symbol of the new, not only because of its colours, but also due to its special shape. The parallelepiped is topped by a red structure that develops horizontally and juts out from the perimeter of the tower.
Its red colour and the light that covers it at night make the building resemble a gigantic lamp. Forms and colours define a simple image that is immediately perceived, able to capture the attention of the passer-by, but also of those who today visit the old port especially to admire this new icon of contemporary architecture.
The absence of a dominant colour amongst the yellow, red, green, white and grey, gives the surface of the tower a dynamic and playful aspect, which is rendered even livelier by its numerous windows. At the sides, long black and white stripes interrupt and also form part of this colourful collage. It forms a strident contrast with the surrounding area and is deliberately provocative. Its colour, enclosed in regular, geometric forms, becomes a vehicle for a new concept of the city: one that is less ordinary and closer to the desire of its citizens to be excited and amazed when gazing at a building that is simply an office block. Behind this is Alsop's awareness that the city is not only a physical place, but is above all an integral part of the imagination of those who inhabit it, absorbing the emotions that it transmits. 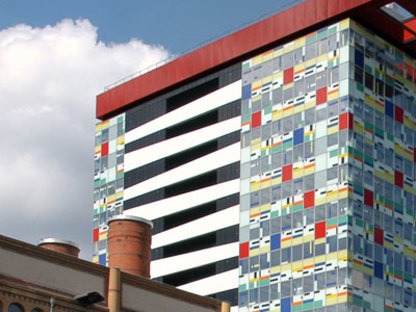 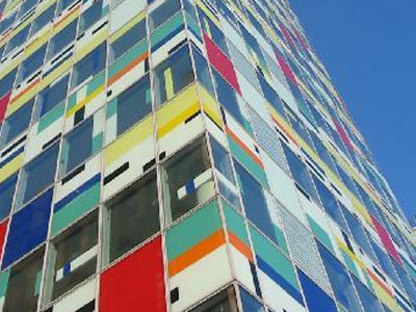 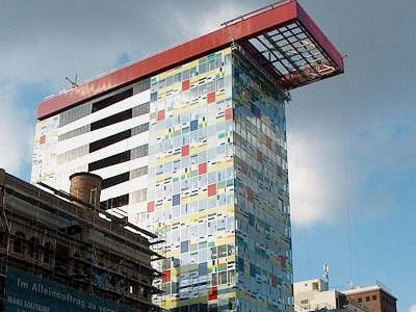 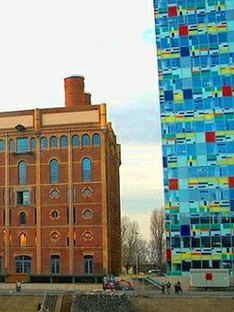 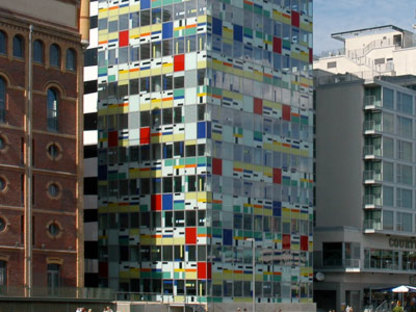