San Paolo, Brazil; Paris; Florence: Armani continues opening stores representing his image in major world cities, selling the elegant, rarefied luxury that is the hallmark of his style.
Claudio Silvestrin, the Milanese architect who has made less is more his creative slogan, is his natural choice for store design. 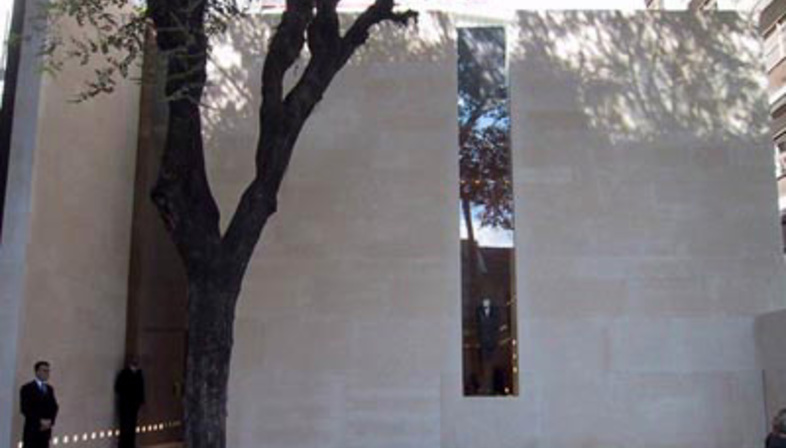 The man behind Villa Neuendorf, which made the ostentation of the famous homes of the '80s obsolete when completed in the early '90s, takes up the essential themes appearing in the villa in his interiors for Armani.

Use of limestone and a preference for openings conceived as slender, elongated "cuts" in the walls recall an ancient space of solemn simplicity, an appearance emphasised by the sparse, highly refined furnishings.

In a singular antithesis the ethereal materials of Armani's collections, silk and chiffon in soft, unstructured forms, find themselves in the most severe and controlled of spaces, where they seem to float suspended in a metaphysical dimension in which the use of light, intended to make the most of vast areas of shadow, seems to add evocativeness and mystery.
The San Paolo store in particular seems to be the one in which Silvestrin has given his masterful use of space full expression.
Preceded by a short staircase bordered by two stone planes running its full height, the store has a single window, set into one of those vertical slits of such precise design and slender proportions that have become the hallmark of the architect's work. 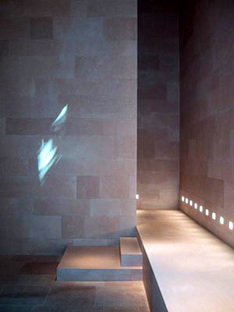 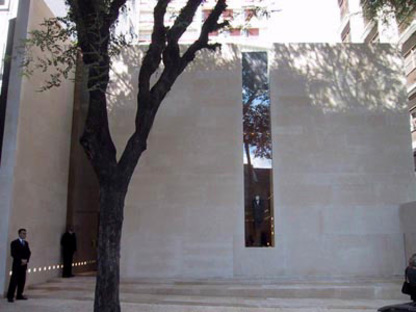 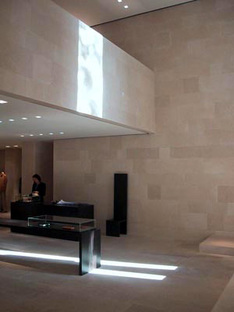 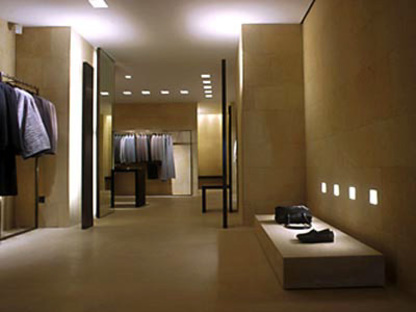 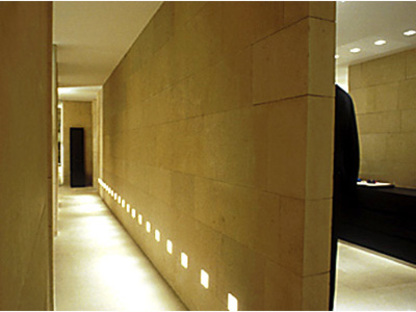 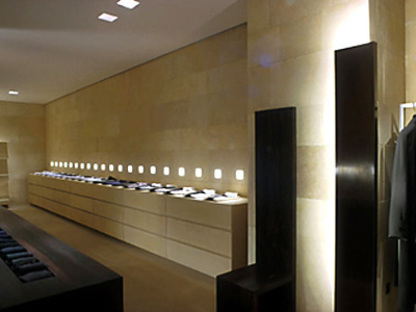 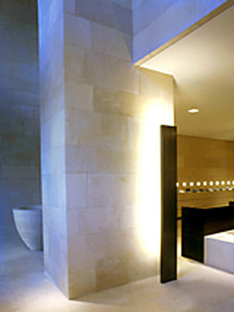