Its most characteristic element is a huge plywood roof rising highest at the centre of the liturgical hall: the Church of St. John the Baptist in Desio is the result of a competition on invitation held in 1994, won by Gabetti and Isola¿s studio, Isolarchitetti. 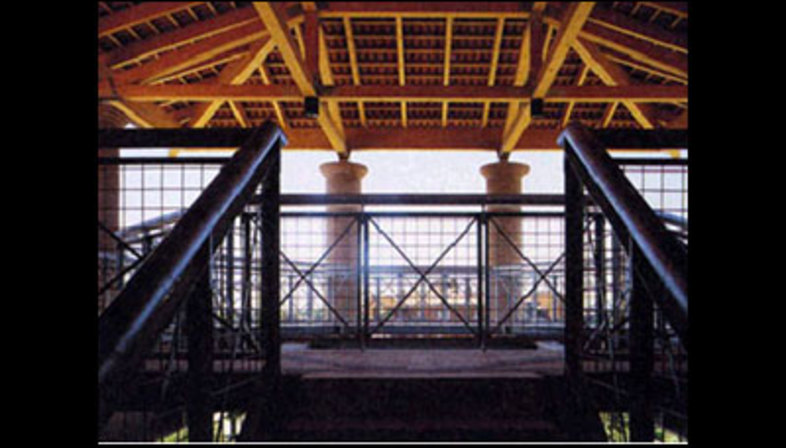 Other architects invited to participate in the competition included Mario Bellini and Glauco Gresleri; the winning project was chosen for the simplicity of its geometry, which perfectly suited the congregation?s liturgy, and its attentively studied details and finishes.
The church is built on a square lot, and is itself basically square in shape; the liturgical hall proper is round, with a bell tower standing at the intersection of the two roads leading to the church; the pillars of the tower outline the perimeter of the churchyard. The square shape is echoed in the atrium that acts as a passageway between the two round spaces of the hall and the churchyard.
The remaining spaces, on the other two sides of the square, are used for other functions.
Everything takes place inside this large surface, whose spaces are divided up in a perfectly geometric way. Only the altar and the baptismal font are on a different level, the former on a round platform and the latter a few steps below floor level.
In harmony with the roof, the furnishings are also made of wood and designed by Roberto Gabetti and Aimaro Isola. They are characterised by soft curves, in many cases forming true sculptures, such as the crucifix of the altar and the tree next to the baptismal font. 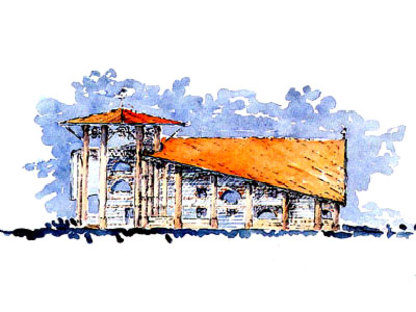 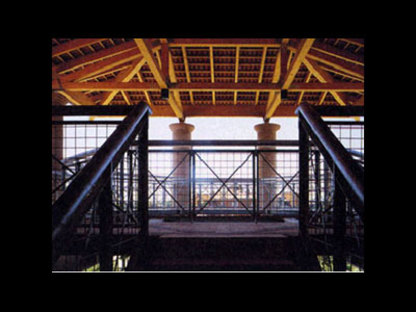 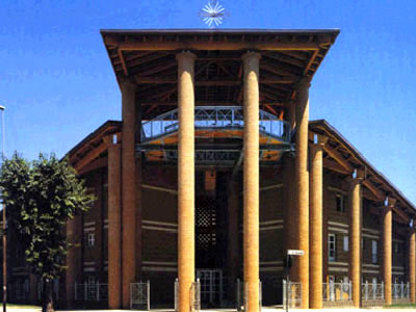 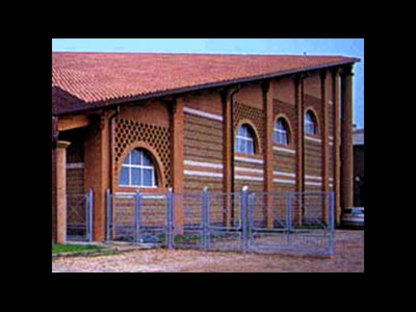