Energy efficiency and environmental protection are the keys to a farmer’s house designed by Christoph Hesse, the promising young architect who won the last EUROPE 40 UNDER 40® Award presented by The European Centre for Architecture Art Design and Urban Studies and The Chicago Athenaeum. 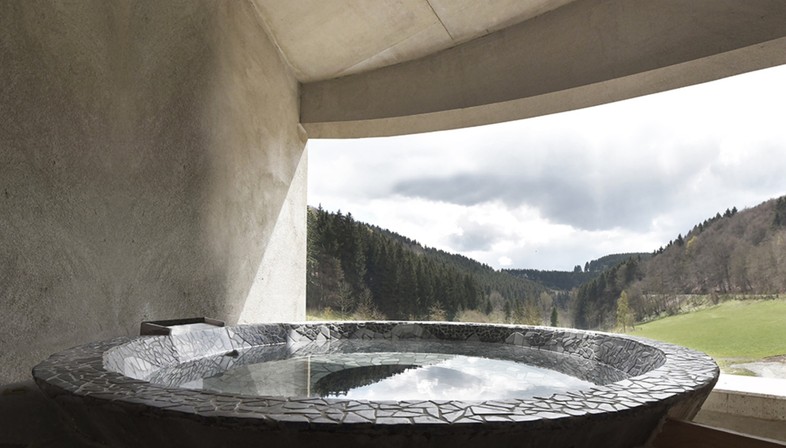 Climate change makes construction of sustainable buildings an increasingly pressing and urgent need. A need reflected not only in large-scale urban projects but in constructions of limited size too: a bioenergetic building can make an important contribution to reducing world-wide dependence on fossil fuels for the production of heat and electricity. And in the case of Villa F, designed by architect Christoph Hesse, the project not only offers a virtuous example of use of renewable energy, but promotes development of the local community and strengthens its economy. 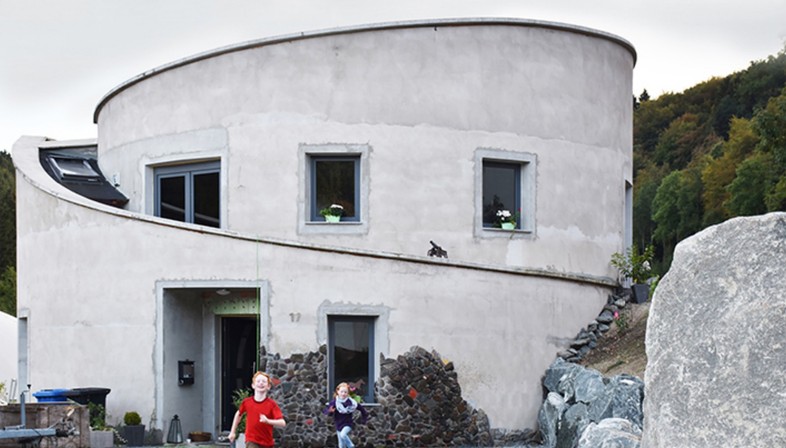 Promising young German architect Christoph Hesse has won numerous prestigious international awards and been shortlisted for others. Most recently, these include the 2018 ARCHITIZER A + Award in the Architecture & Sustainability category for Villa F. In May he was awarded the EUROPE 40 UNDER 40® Award, presented by the The European Centre for Architecture Art Design and Urban Studies and the The Chicago Athenaeum to 40 emerging European architects selected by a panel of judges from among all European architects under 40 nominated for the prize.
Villa F is undoubtedly one of the German architect’s most interesting projects, and it was one of the projects featured in the exhibition “Vita contemplativa” at the Architektur Galerie Berlin SATELLIT. The exhibition, which closed in August 2018, featured selected works by Christoph Hesse, Robert Konieczny and Snorre Stinessen, three architects with different geographic origins and personal histories, presented as examples of a lifestyle dedicated to contemplation and reflection. 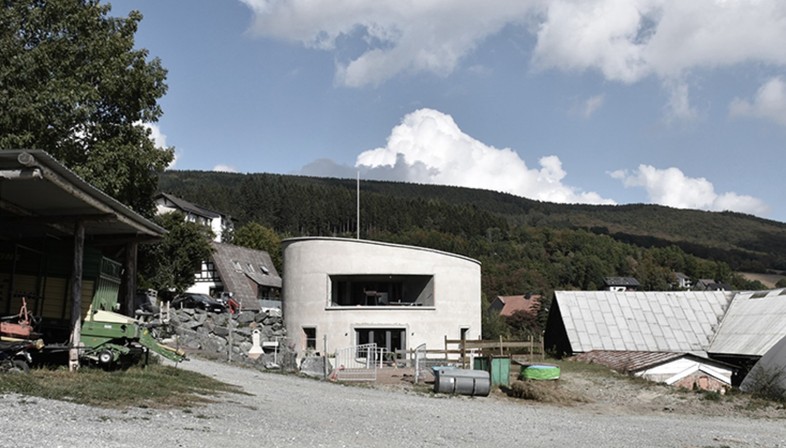 Energy efficiency and protection of the environment are the main elements of the design of Villa F, but they are definitely not the only ones. This "off-the-grid" house has a biogas system for energy generation and recycling of organic wastes. The building’s shape recalls that of a biogas station, and the reason for this is simple: the client is a pioneer in biogas technology in Germany, and made the unusual request of a round house, experimenting with a space that identifies his career, inspired by the round shape of biogas stations.
Villa F is consequently a cylindrical building on two levels, with an office and technical biogas production rooms on the ground floor and living space on the first floor. Loggias and balconies cut through the cylindrical volume and draw the landscape into the building, underlining the client’s rootedness in this place. Villa F soon became a model for the houses of the village, and energy operating costs were significantly reduced. Concerned citizens’ initiatives set up a self-powered community providing affordable housing for young people and middle-income families. 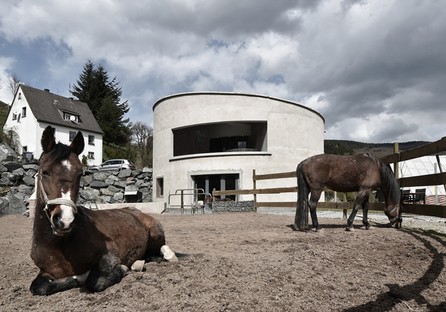 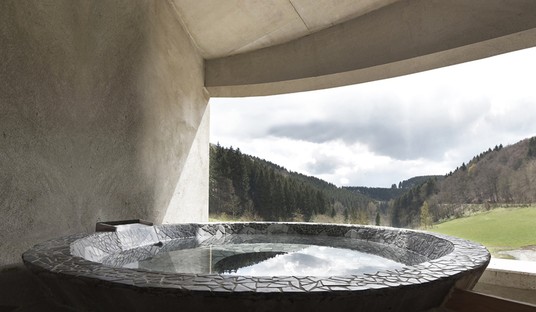 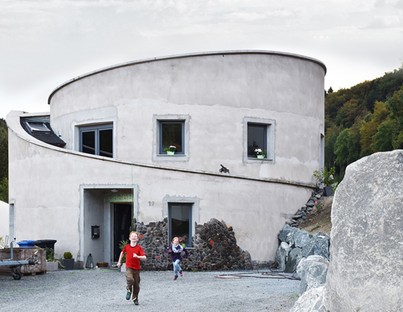 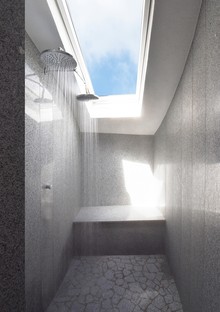 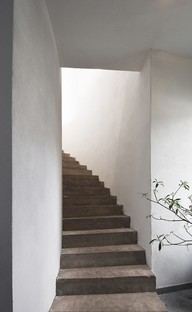 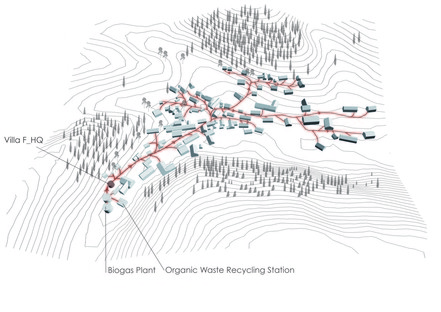 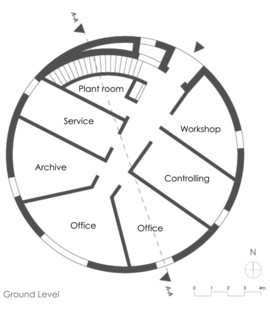 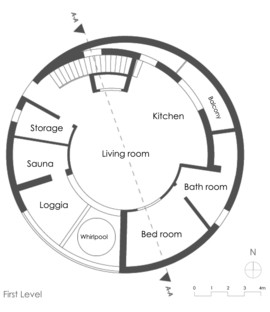 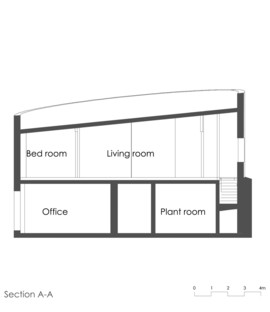 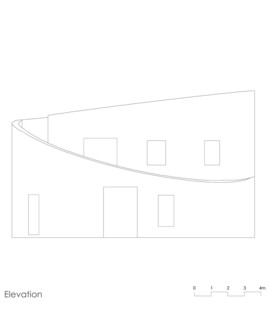