Architecture and flavour: the link is getting closer and closer, and has given rise to some fascinating projects, creating the right setting for exhibiting and preserving some of the world's best wines and foods. 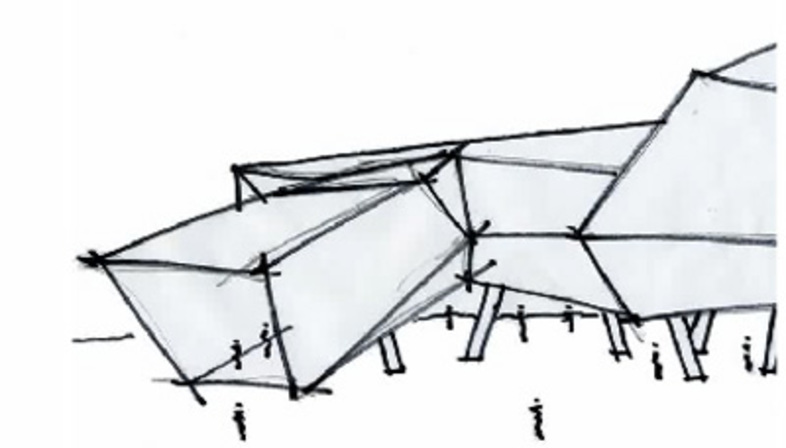 After a series of wineries by great architects, we now have museums to educate the general public about the secrets of their favourite delicacies. Mexico City now has a Chocolate Museum built by Nestlé and designed by the local studio of Rojkind Arquitectos.
With its dynamic form and bright colours, this unusual red wrapper looks like an origami construction, full of motion and repeated folds. The concept is that of a piece of cardboard folded over and over to create a space with a lot of corners and an asymmetrical form. Inside, visitors can find out how Nestlé chocolate is made. But on the outside, it is the architecture itself that is the most spectacular thing, not only because of its form but because it was built in only one month of design and two months of construction work.
The idea was to make something that would attract the attention of visitors - adults and children alike - while reinforcing the multinational's image.
The 600 square metre museum includes a large atrium, a theatre, a walkway above the production area and a shop. The structure brings to mind a box that changes shape as it proceeds, multiplying its facets and looking different from every side. The strong colour of the exterior contrasts with the total absence of colour in the interior, dominated by white, chosen to emphasise the light and breadth of the spaces. The main façade is a smooth surface made entirely out of glass, inviting visitors inside to discover the exhibits in this unusual museum.
The building is similar to other structures designed by young architect and former drummer Michel Rojkind, named one of the ten most innovative names on the international architectural scene by Architectural Record in 2005.
The Nestlé museum reveals his predilection for fluctuating organic forms, light, open spaces and unpredictability. 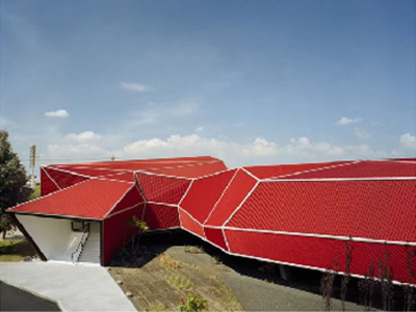 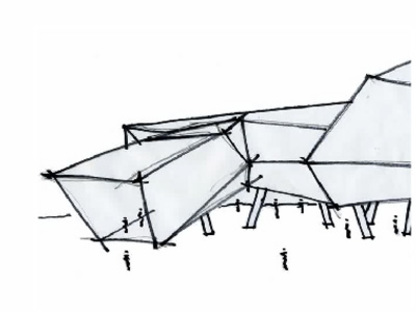 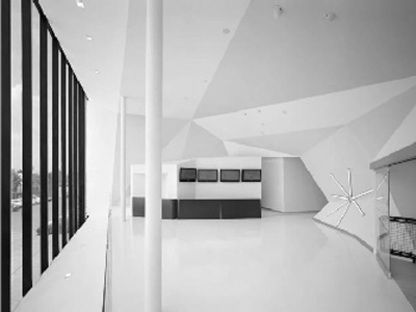 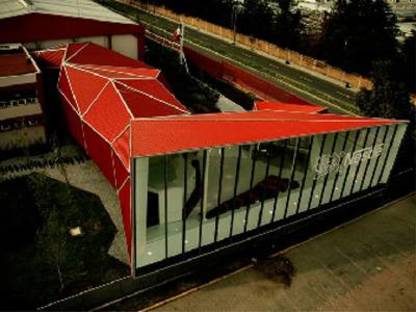 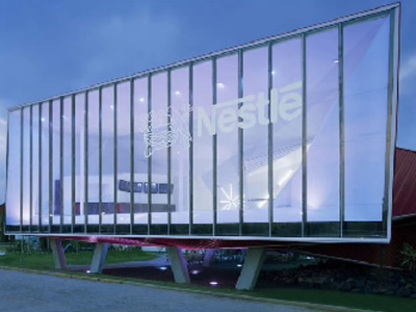