Like a bank of the future, the structure effectively has all the charm of a futuristic construction that looks almost as if it had landed from outer space, like a space shuttle or a spaceship that has just landed in the middle of an old Italian town. 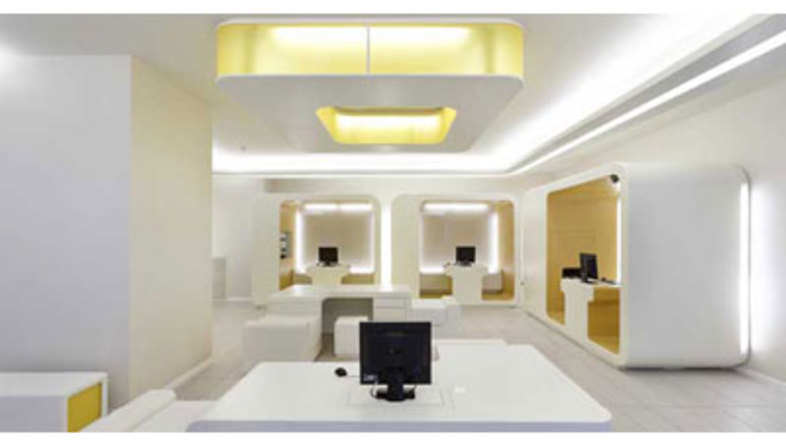 Che Banca! The exclamation meaning “What a Bank!” is the name of a new bank designed by the CREA International team.
The bank’s first branch is in Milan, and more are opening all over Italy. Like a bank of the future, the structure effectively has all the attraction of a futuristic construction that looks almost as if it had landed from outer space, like a space shuttle or a spaceship that has just landed in the middle of an old Italian town.
Bright lemon yellow and white, it looks fun, fresh, original, inviting. One viewer said, "After seeing the photographs of the Milan branch of Che Banca!, I really wanted to go and see what it was like".
The people at CREA International had a brilliant idea: making the bank, traditionally an aseptic environment, into something unusual, dreamy and attractive. They dusted off the old concept and gave it a new look that is definitely inviting and unusual. The interiors are organic, designed as a series of concave and convex forms; spaces are dynamic, fluid, energising. Everything is carefully designed down to the tiniest detail: workstations shaped like cabins in which users and tellers both sit on the same site, diffuse lighting, a children’s area to make going to the bank more fun for kids too.
The project is by Crea International (the designers who came up with the corporate identity of other Italian brands such as Vodafone, Wind, Unicredit Banca, Trenitalia and many more) with the intention of creating an informal, fun setting in which bank customers would feel at ease, but also in order to underline certain characteristics of the brand: simplicity, transparency and innovation. Yes, because this is a bank that invites customers to enter, cradles them, "caresses them" with a light setting that embraces people. If their goal was to create an attractive place that invited people in, even if just out of curiosity, they certainly achieved it.
Another very significant aspect of the project is that Che Banca! premises are often located right in the historic centre of Italian towns, with which they interact in an unusual way. On one hand, the city with its memories, on the other a colourful, soft structure that looks into the future.
And this is perhaps the aspect that the relationship between the two hinges upon: a consolidated, recognisable backdrop, sometimes populated by ancient medieval towers and thirteenth-century spires – as in Florence, where Che Banca! stands right by the cathedral and Giotto’s bell-tower – and a magical, innovative, unexpected interior. The interference is clear, unabashedly stated. But it works, and history marries the present and the future in a dance of interactions which is challenging but intriguing, sometimes provocative, always welcome. Memory accepts innovation through a dynamic involving a series of positive, welcome, interesting interferences. 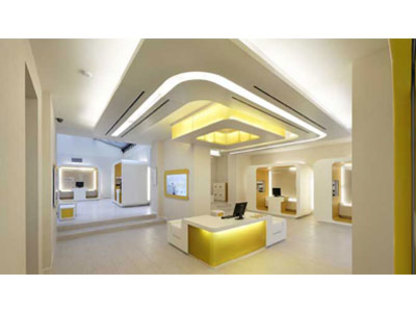 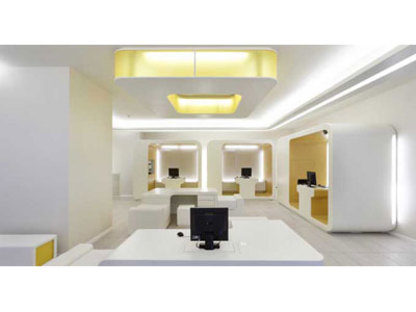 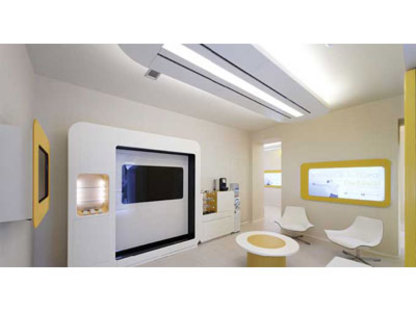 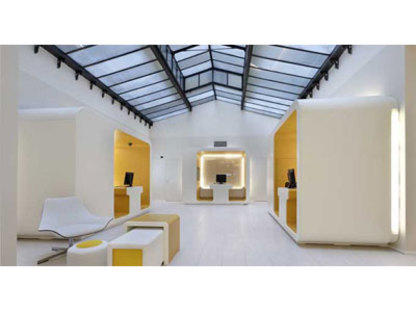 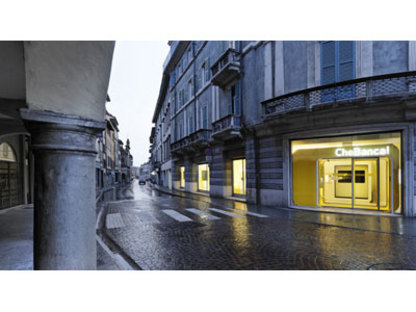