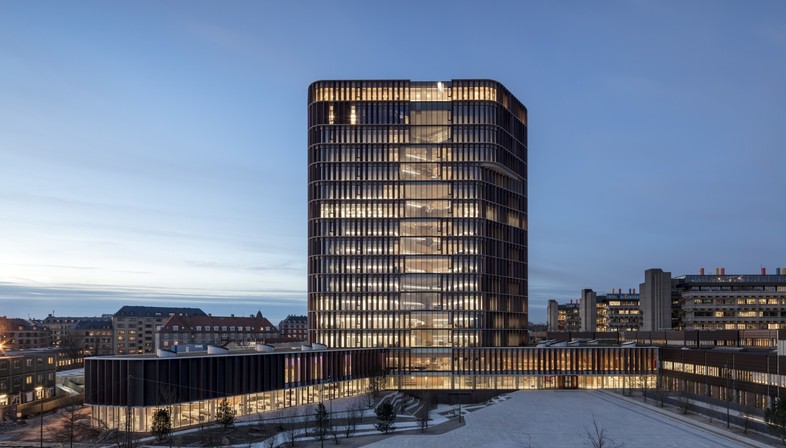 An iconic building, a distinctive feature in the Panum complex and the Nørre Campus, and an advanced research centre: these were the specifications for the Maersk Tower, designed by C.F. Møller Architects for Copenhagen University and opened on January 18, 2017. 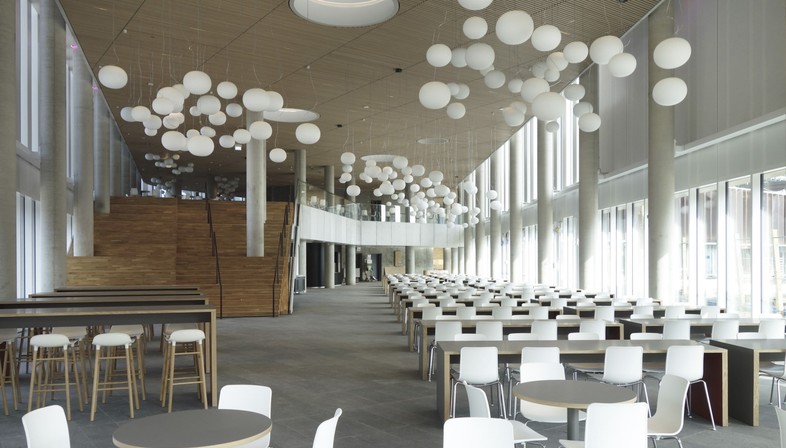 Also known as The Science Tower because its primary purpose is research, the construction is shaped rather like a tree: a tall building supported at the base by a series of small volumes containing shared facilities that act like the roots of the tree, including an auditorium, classrooms, a cafeteria, conference halls and a coffee shop.

A particularly important feature is the plaza on which the main entrance is located, which has rapidly become a meeting-point for users, linking all the functions of the campus with the new and old Panum complex. The ground floor is open onto the outdoors, with floor-to-ceiling windows eliminating the barriers between the building and the city, between private and public space. In this way the public is invited up to the higher levels to discover the panoramic parts of the tower. In the same way, plazas and inner gardens are created between the ground floor volumes, ideal continuations of the study halls and offices, new green oases which, along with the cycling routes in the area, form a big new park for the city.
The grid system covering the walls of the tower breaks up the building’s verticality and large scale while tying it in with its surroundings through the colours and rhythm of the grid. 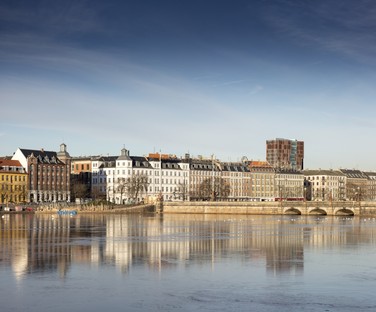 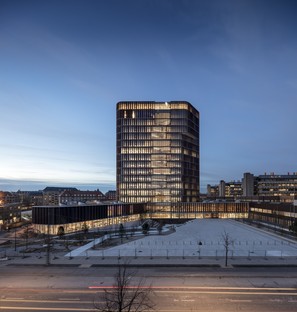 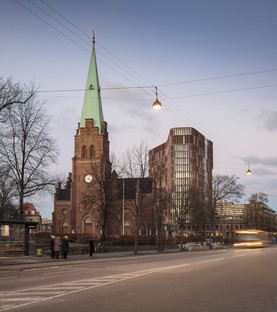 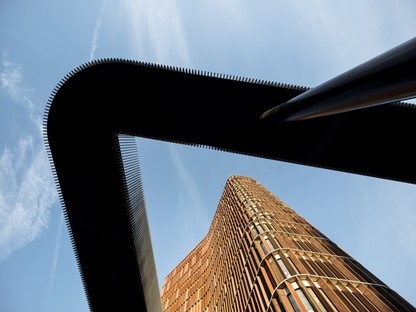 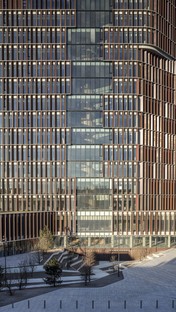 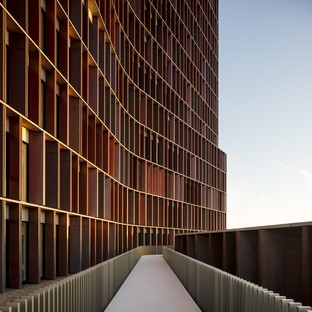 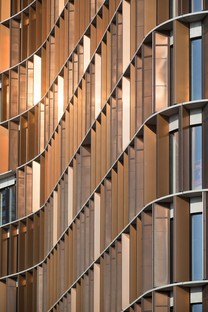 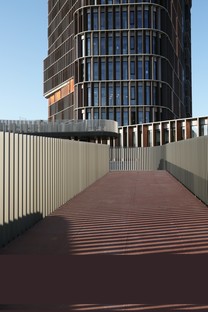 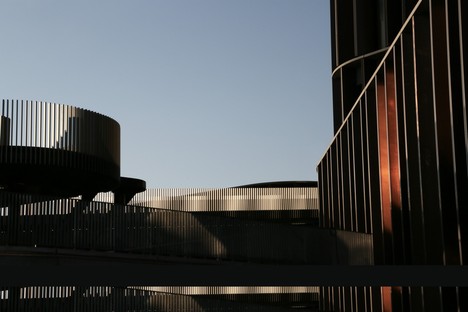 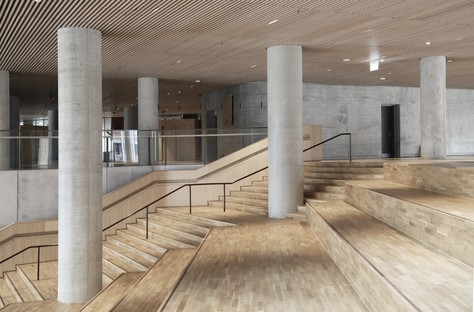 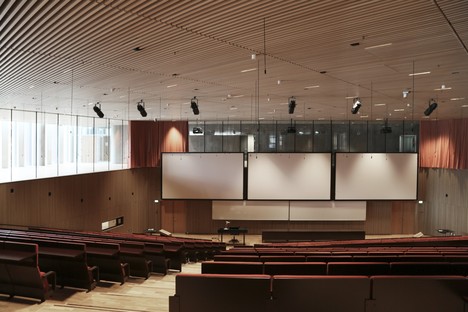 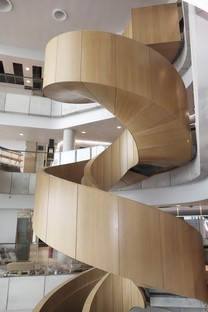 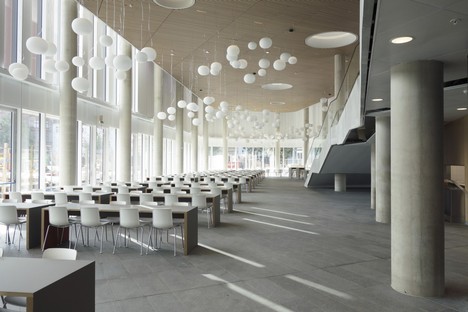 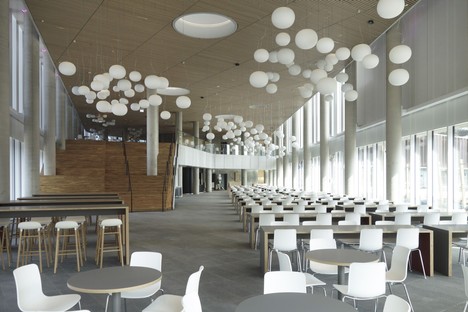