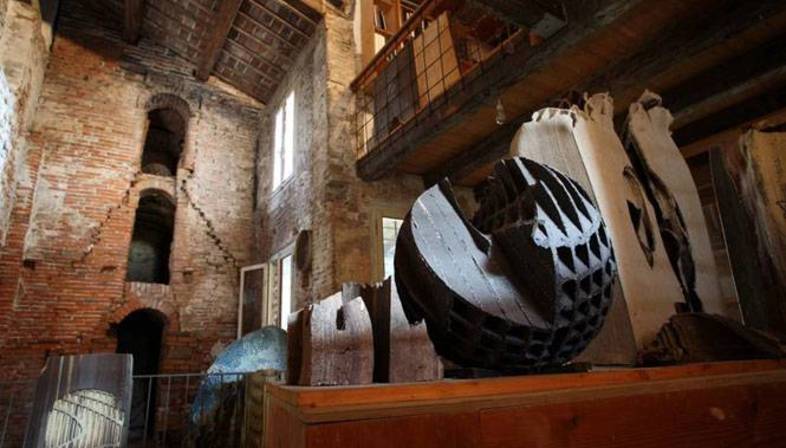 Design began when industry took over the place of handcrafts to provide enough goods to potentially satisfy every single person in the world. But designing form has not meant that industry has entirely taken the place of crafts; to the contrary, it has begun an aesthetic and technical debate that promotes cross-contamination between the two.
In 1969 the design magazine “Ottagono” dedicated a cover article to Alessio Tasca, a ceramist, and a surprising work of his made of extruded ceramics: he put porcelain stoneware, normally associated with industrially pressed floor and wall coverings, through an extruder, as if it were a metal, giving ceramics a new look that gave rise to unique items of great artistic value. Work such as this encourages today’s tile manufacturers to use industrial techniques such as water jet cutting to produce special pieces, mosaics assembled on mesh backing such as those made by Eiffelgres, or combinations of decorative elements such as the Ariostea’s High Tech tiles.
The Algues divider unit designed in 2004 by Ronan and Erwan Bouroullec for Vitra demonstrates that industry has developed the concept of the module not only to rationalise production but to add a unique, personal touch. Particularly conscious of this, in 2011 the Bouroullecs designed a kilim made from wool spun, dyed and hand woven in Pakistan; even though it is distributed world-wide by Nanimarquina, every single kilim is different in colour, truly one of a kind.
In recent years experimentation with the borderline between handcrafts and industry has led to a focus on the handcrafted image of mass-produced articles. Established in 2010, Wanderfullwallstudios is a Dutch company that makes wall coverings from wood reclaimed from demolished homes in Indonesia, put together to form units that can be assembled and sold in series: the appearance of the surfaces is different in every single case, and its uniqueness adds to its value. 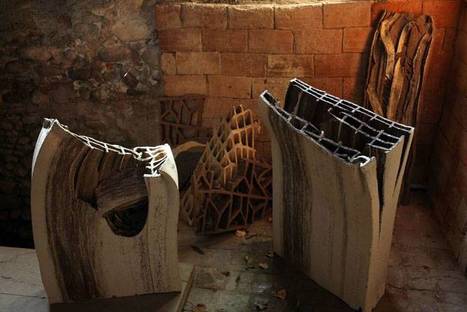 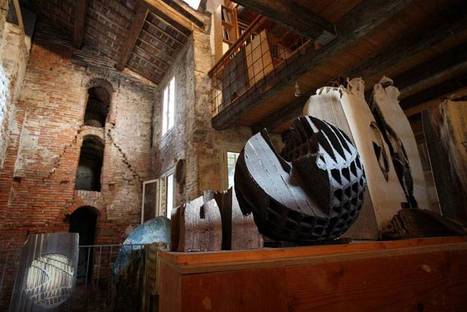 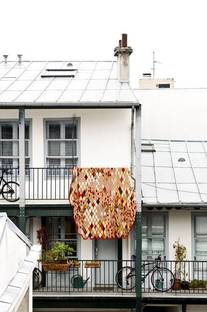 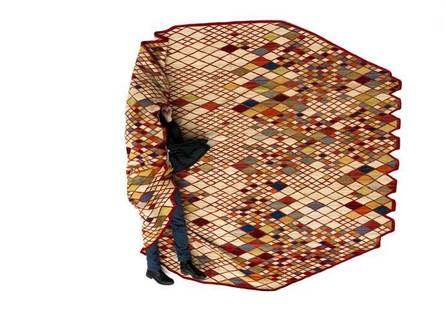 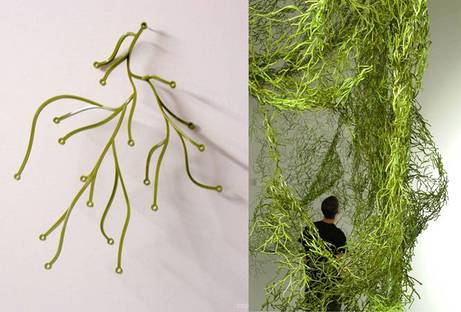 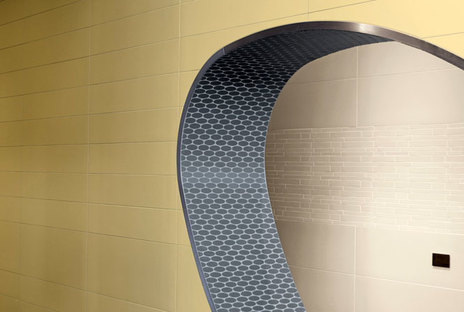 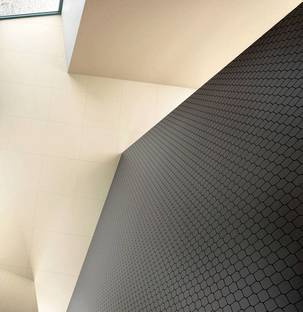 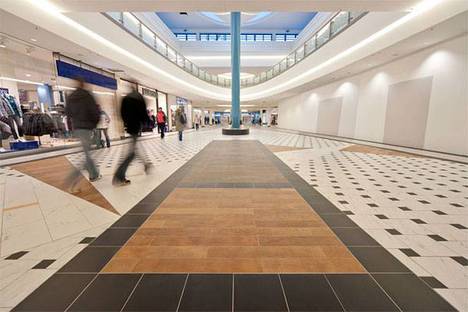