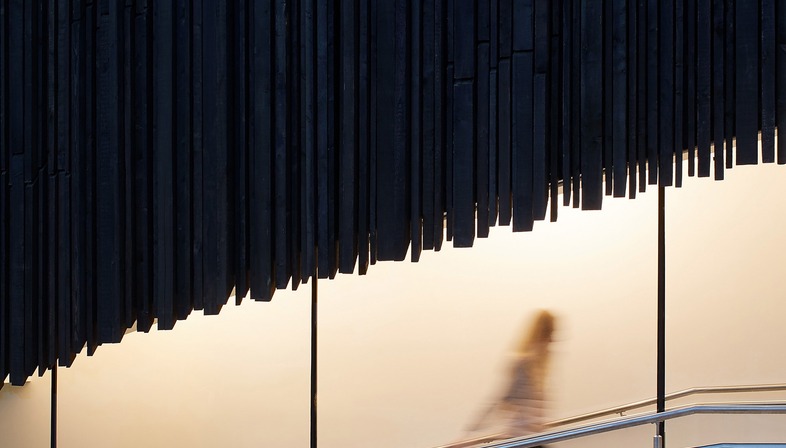 Wellington College Cultural Quarter in Berkshire, England is a building in the woods skilfully concealed among the trees of the school grounds with a timber façade.
Wellington College is made up of a series of Victorian buildings, to which a small performing arts centre has been added. The volume had to act as an ideal bridge between the existing constructions, separated from it by the vegetation, while appearing inclusive and welcoming to guests. Differences in the level of the terrain posed a risk of creating the unexpected impression that the new theatre was sunk into the ground, an effect the client absolutely wanted to avoid.
And so the architects created a round volume in which to insert the cylindrical volume of the theatre, with a façade covered with timber to dialogue elegantly with the birch trees around it. The material is treated to give it the mottled look of birch bark, so that it does not look like simple cladding.
This gives the building’s outer covering a rustic yet modern look, underlined primarily by the fact that the façade is anchored to the ground by a layer of glass, with the result that the building above it appears suspended in the air. This fulfils the client’s wish to avoid the dug-in effect and makes the theatre a lantern in the woods in the evening, its façade disappearing into the shadow of the trees.
The orchestra pit is an interesting feature, with a floor mounted on pistons which allow it to be raised or lowered as necessary to create the right environment for hosting musicians or expanding the audience seating. In conclusion, the project and its circular shape become a landmark for the College as a whole. 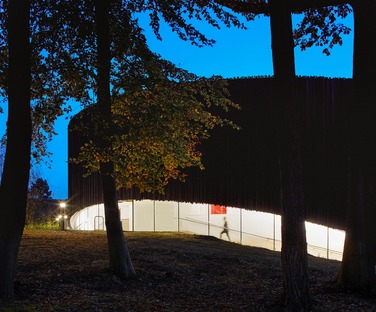 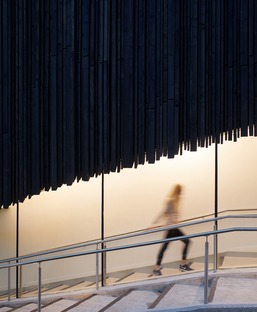 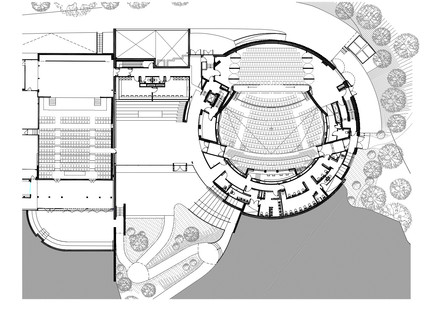 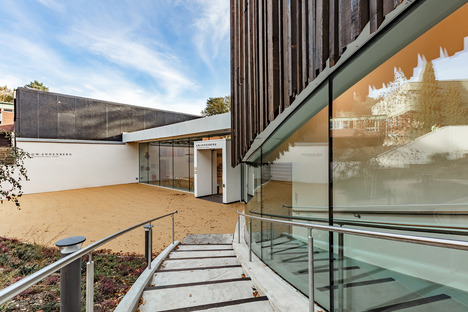 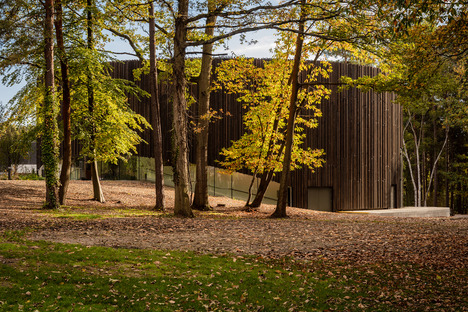 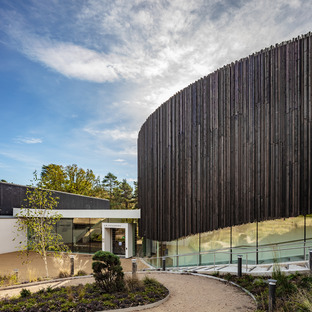 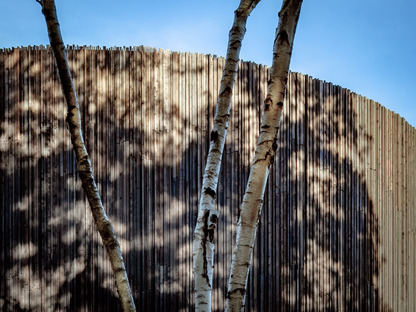 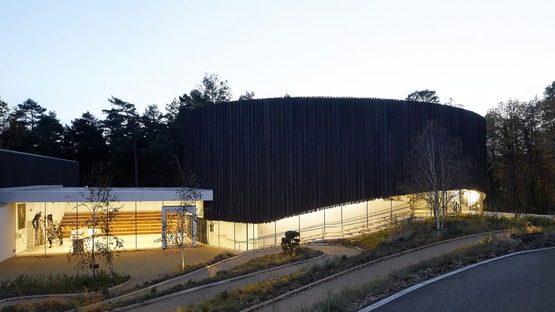 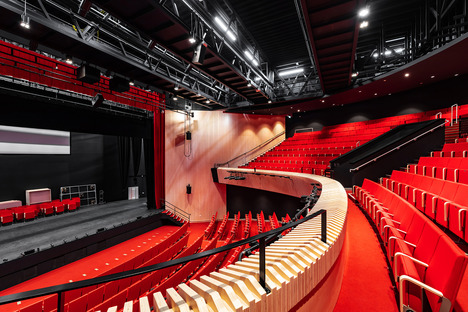 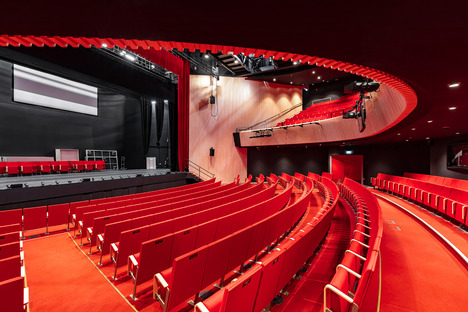 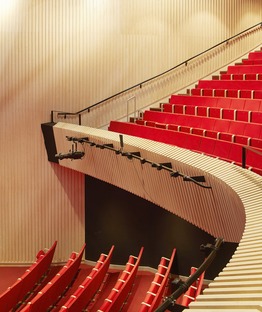