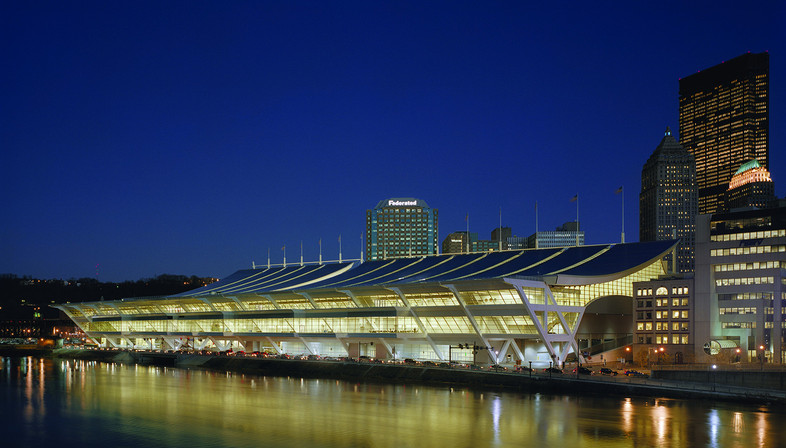 Pittsburgh’s David Lawrence Center is the world’s biggest LEED gold certified meeting venue, since 2003. Architect Rafael Viñoly designed it with a cable-stayed structure and big windows letting in plenty of natural light.
The facility measures almost 135,000 square metres, and the architect drew his inspiration for covering the big span between the two long walls from the historic suspension bridges over the Allegheny River outside the convention centre. Considering that the girder has natural bending, while moment, distributed all along the roof structures, describes a known diagram, the architect took advantage of this structural trick in the design of the reversed curve of his girders. And he did this not only with valid hinges, but tensioning them with powerful cable stays that reveal their entire load when seen from the ground but appear thin and streamlined when seen along the span they help to cover. In actual fact they not only keep the parts under tension, but make the whole more solid, adding the right amount of hyper-staticism to the structure as a whole. The result is a column-free hall, an expedient optimising organisation of events of all kinds, while the inclination of the façades promotes correct irradiation of light in the building, even making use of the light reflected off the river. Because of all this, the building’s LEED certification was converted from Gold to Platinum with practically no added effort within only a few years from construction.
The installations suspended from the roof structure fit in discretely between the girders, adding originality to the interior and enriching the expressive power of a building of great emotional power. 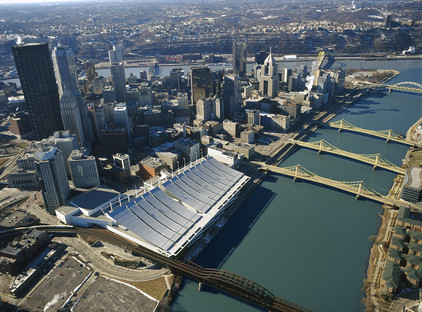 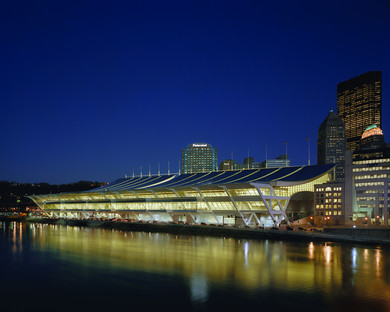 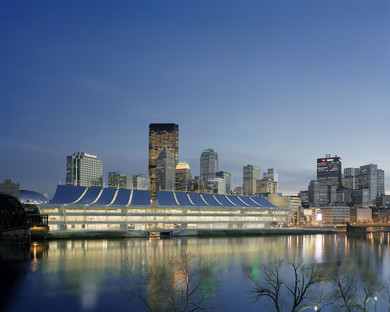 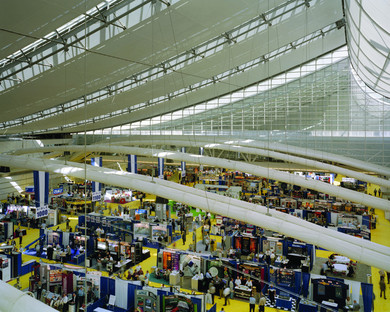 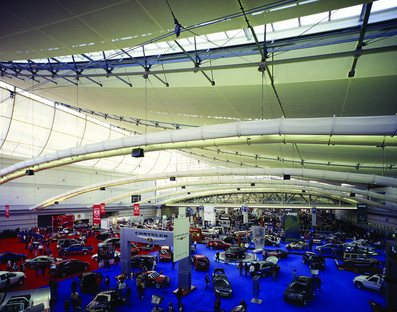 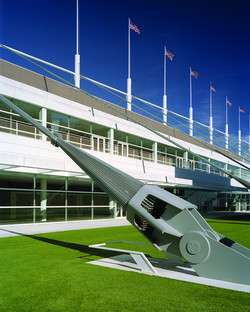