The architects of MVRDV have created an unusual library in an existing shopping centre: from the outside it looks like an eye, with its polycarbonate sphere dominating the space inside the hall 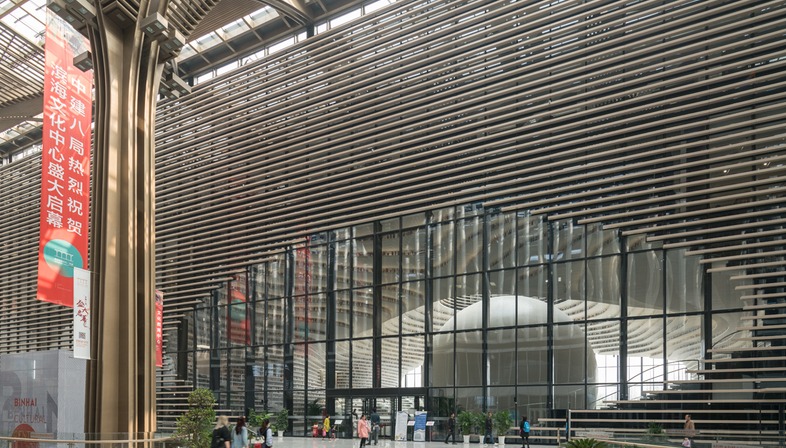 MVRDV’s second project in Tianjin since 2009 is a simple glass and steel building containing a polycarbonate sphere, which in turn contains a little auditorium.
Binhai Library in Tianjin is designed with the goal of attracting as many people as possible. And so the architects created a disruptive space, visible even from outside the building, in the centre of a library with a classic look: a polycarbonate sphere with a double shell enclosing a little auditorium integrated into the building’s façade, which is in turn designed to look like a big eye staring out over the square in front of it. This effect is obtained thanks to the screening of the glass, shaded to achieve the desired result.
The rest of the building’s interior is arranged around this sphere, with long, winding staircases which are both shelving units and seats, points where people can read, creating a covered plaza, a welcoming space open to the entire city. The result is a very different vision from the powerful silence normally found in the halls of great libraries, though the same silence may be found in the numerous rooms on each of the building’s five levels.
The dramatic effect, creating the sensation of being in a place of culture, is created by shelving continuing all the way up to the ceiling of the big volume surrounding the sphere. The books are placed on the shelves that people can reach without a ladder, while the higher shelves contain perforated aluminium plates printed to represent books, creating the sensation that visitors are literally surrounded by what readers want to find in a library: books. 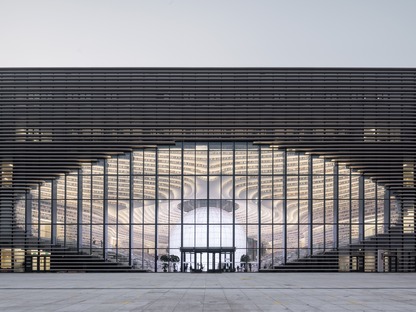 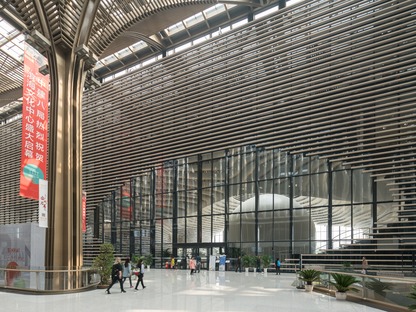 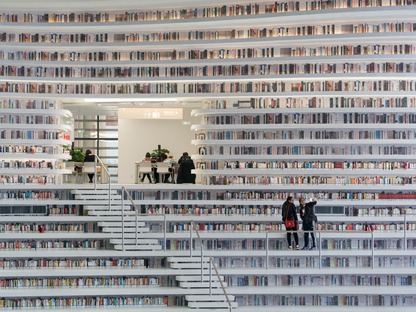 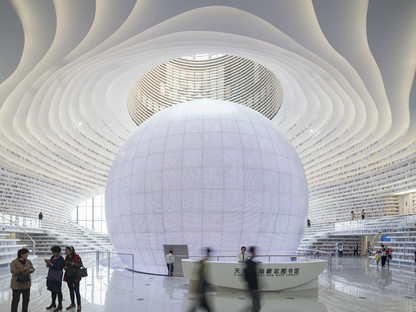 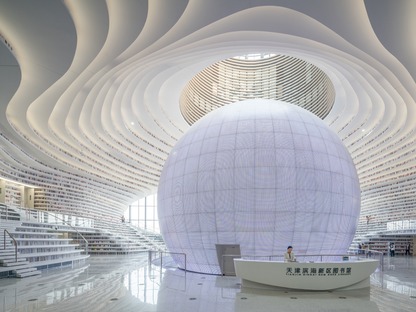 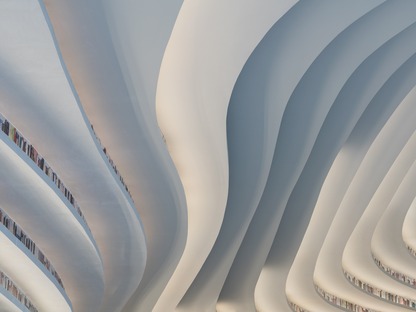 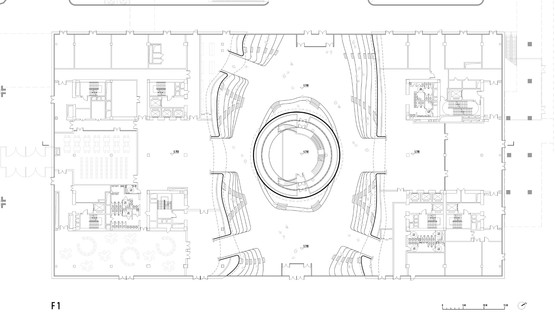 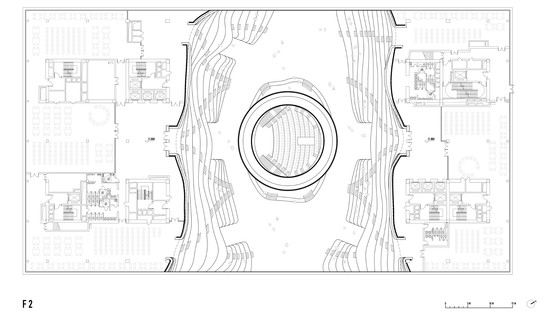 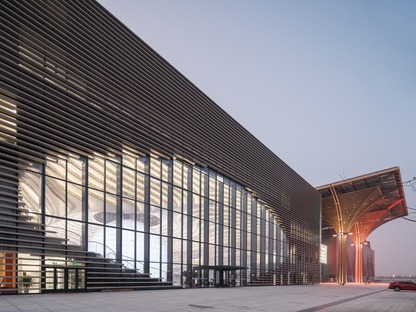 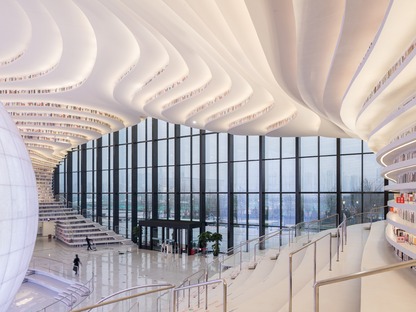 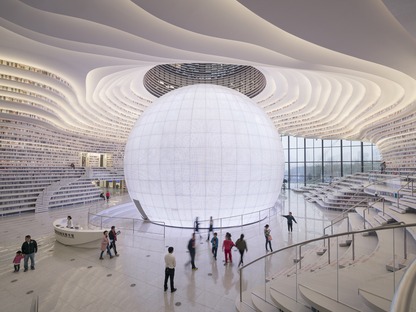 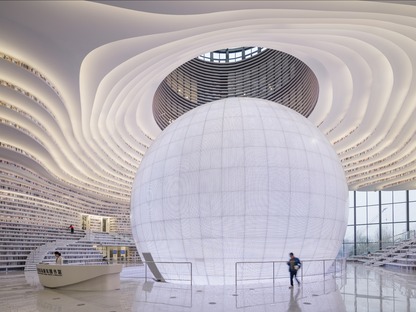 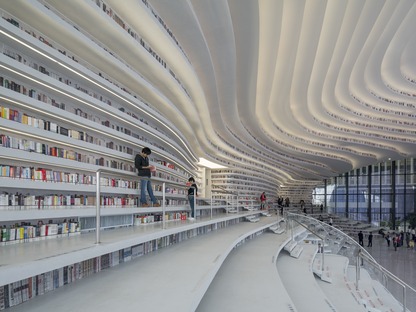 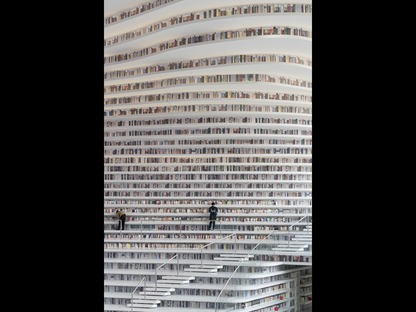 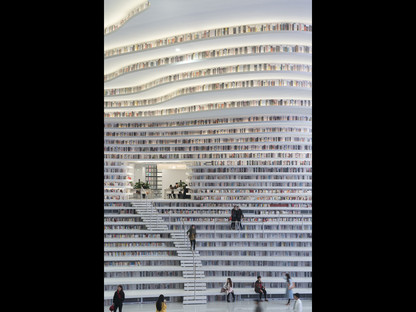