The Lego House designed by BIG in Billund is a building inspired by the famous plastic bricks, but it exploits a classic building technology such as cement and steel, becoming an iconic building. 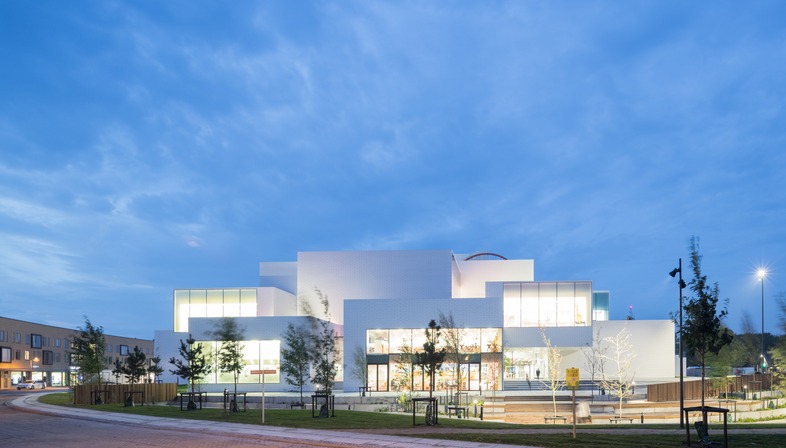 Following the criterion of simplicity and therefore in line with the client's philosophy, the Lego House in Billund, in Denmark, has been made of reinforced concrete and steel.
The design competition for the Lego House, won by BIG, gave rise to a sort of flagship store that does not want to be just a social meeting place for people who love this legendary product but also a pole of attraction for the district in which it stands. The building exploits the magnetism of the Lego building game so as to involve its purchasers and lovers. So all told, BIG's idea was a winning one, since it is here that the Company's new ideas will be presented, as well as the surprising creations made with the famous coloured bricks.
The scenario to be created had to be evocative, so the architects designed a construction similar to a Lego building. Consequently, the construction technology was as simple as possible, making the whole complex out of concrete with a structure consisting of beams, pillars and load-bearing walls. Steel, on the other hand, was used only in the most complex parts, preserving in this way the original nature of the idea underlying the project. Indeed, the staircases, that act as an outside theatre and have been defined by the architects as pixelated, have a steel framework, but concealed by internal shielding. By doing this, the rectangular prisms of the famous game were the volume-related elements inspiring the modern pyramid that now identifies this building; it must be remembered that the conceptual and formal basis underlying the coloured bricks is the golden ratio, a geometric notion much loved in history by architects, especially in the past.
Inside it, the designers have thought up a series of ground-floor spaces facing onto the large hall and which are all painted in the primary colours inspired by Lego bricks. To increase the evocative force of the place, the iconic volume corresponding to the Masterpiece Gallery at the top of the pyramid reproduces the traditional 2x4 brick and the polycarbonate skylights resemble the studs of the brick. The various different rooms are coloured and associated with the functions chosen for each of them, studied precisely, since red is creative, blue is cognitive, green is social and yellow is emotional. In this way the designers obtained the unique toy effect they wanted to underlie the project itself. 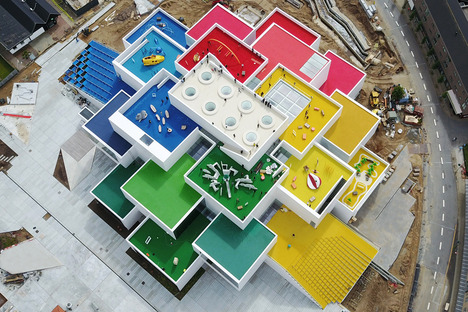 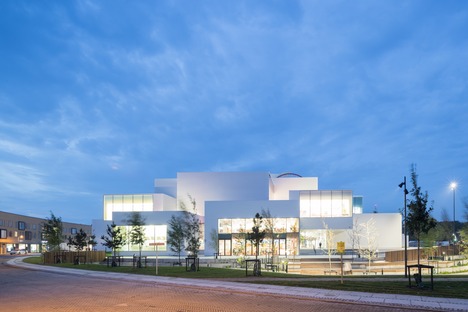 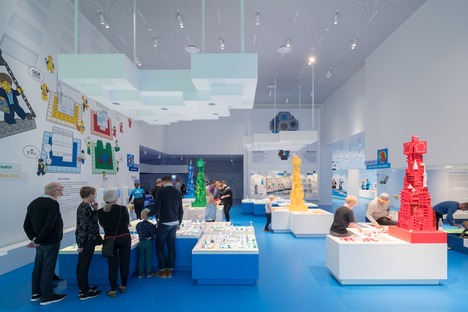 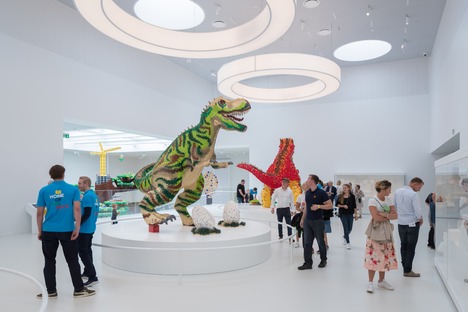 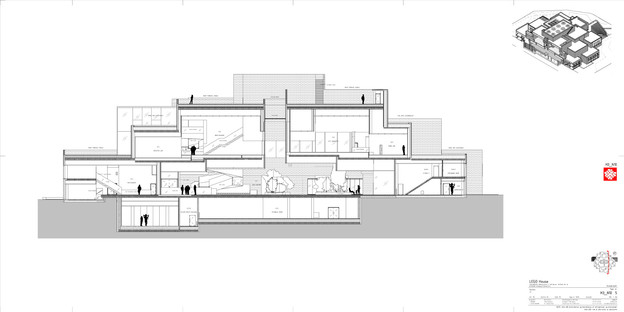 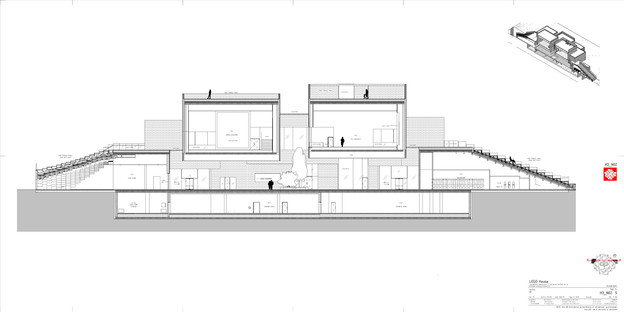 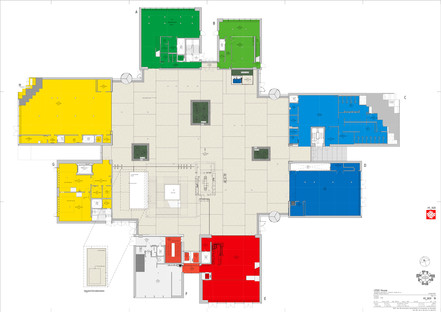 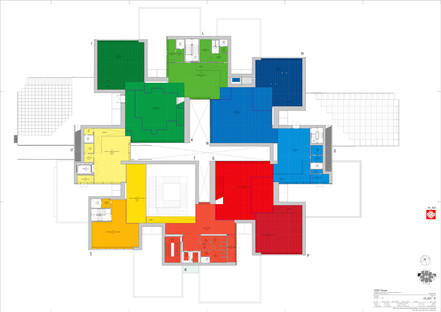 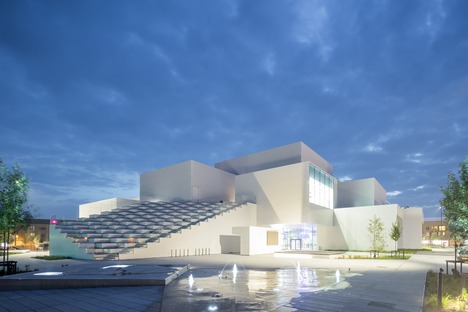 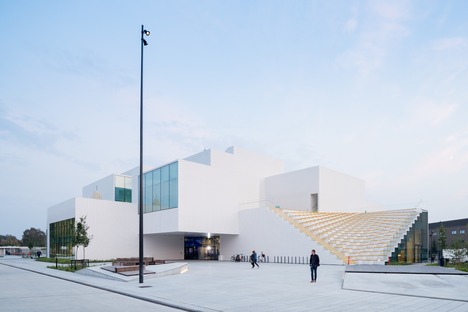 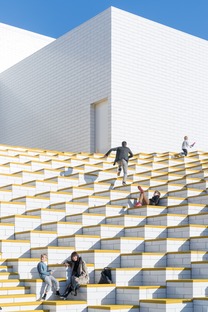 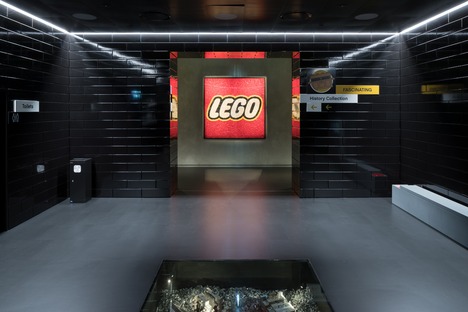 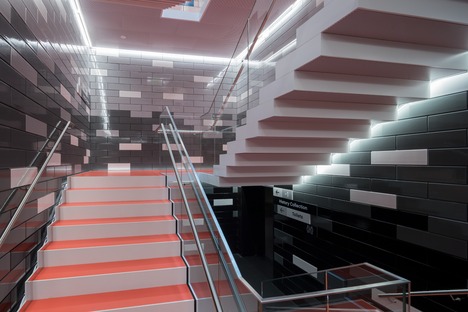 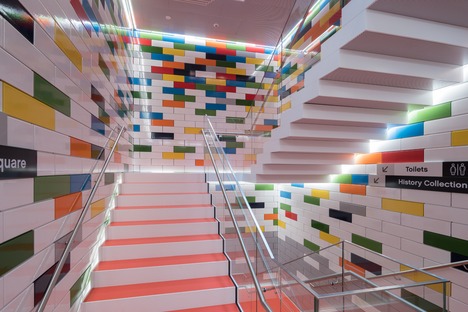 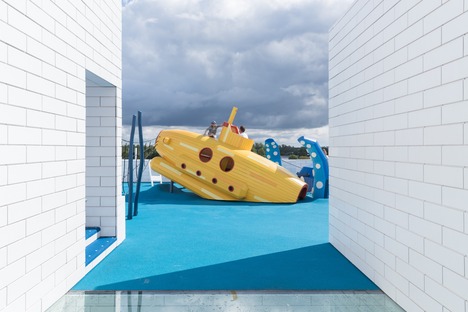 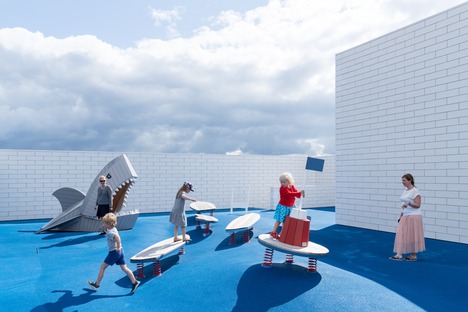