Inverted catenary arches for the Tokyo International Forum by Viñoly. 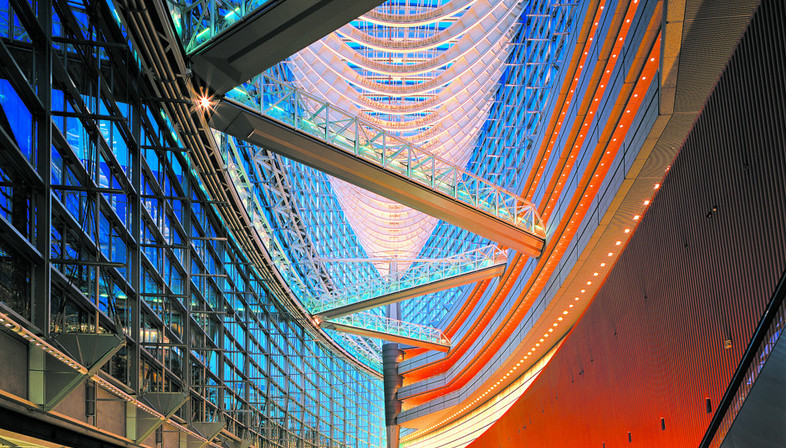 Architect Raphael Viñoly has created the international forum in Tokyo, made of glass and steel, with spectacular inverted catenary arches supporting the roof.
Thanks to the excellent compression properties of glass, this material has always had a certain attraction for designers, though it is not without its challenges. Such was the case here, where, faced with designing a series of spaces for dance, musical and theatrical performances, the architects modelled an almond-shaped body on the curve of the metro tracks which run around the edge of the building, revealing itself to be the true star of the entire operation. This is linked, by way of bridges and staircases, to three large buildings which contain just as many rooms, each of a different size, especially for performances.
As the name might suggest, the Glass Hall is made entirely from glass, and houses workspaces on one side, as well as the staircase leading down to the six metro lines, so much so that it is 228 metres long and rises to a total of seven above-ground and three underground floors, thus reaching a height of 60 metres. The perimeter structure is built on a large curved steel beam, on which the shelves supporting the wind bracings are hooked with steel rods, designed to be as thin as possible and seem invisible. These are essential for absorbing stress from the sides, which the glass alone would otherwise not be able to withstand. However, its rigidity is improved by the structure of the roof which in this case, thanks to its beams, plays a fundamental role.
Forty-nine large inverted catenary arches support the steel structure that corresponds to the roof, joined together by thin steel rods placed on the sides and which, in turn, converge into two large symmetrical pillars located towards the two corners of the Glass Hall.
Meanwhile, the exhibition spaces, which are located on the ground floor, are characterised by tree pillars made up of four circular-profiled tubes. 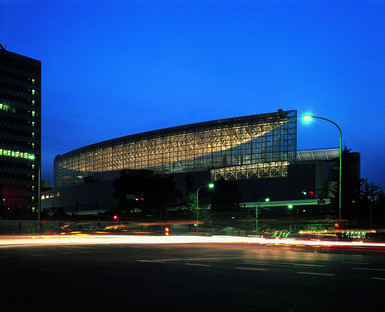 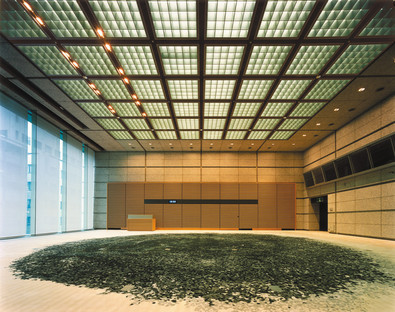 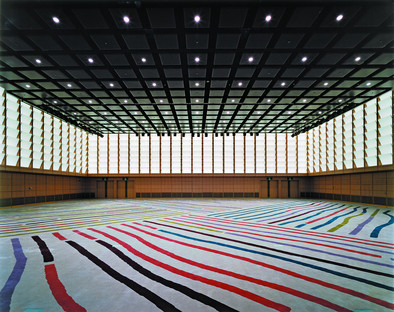 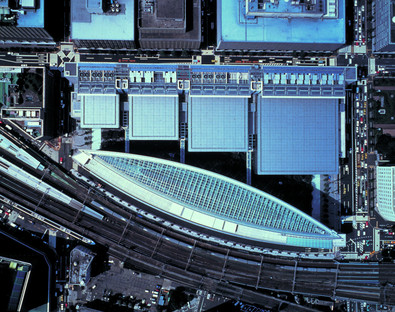 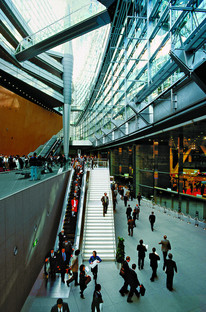 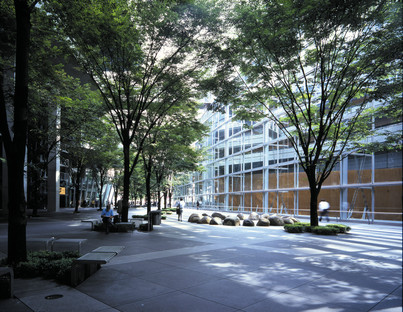 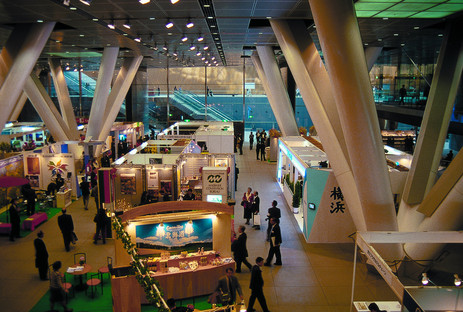 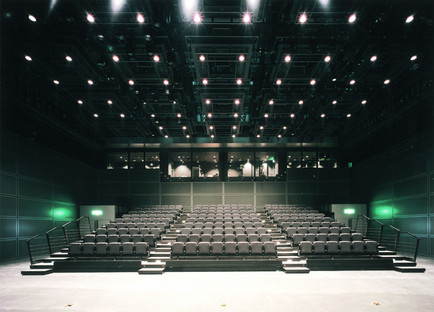 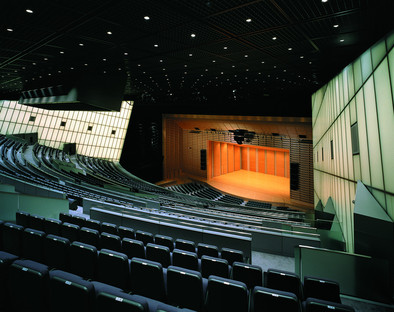 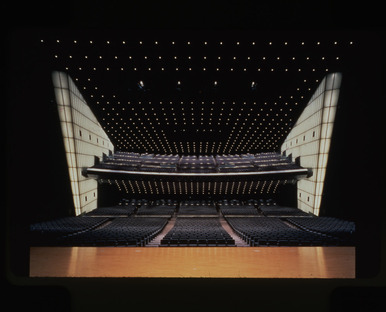