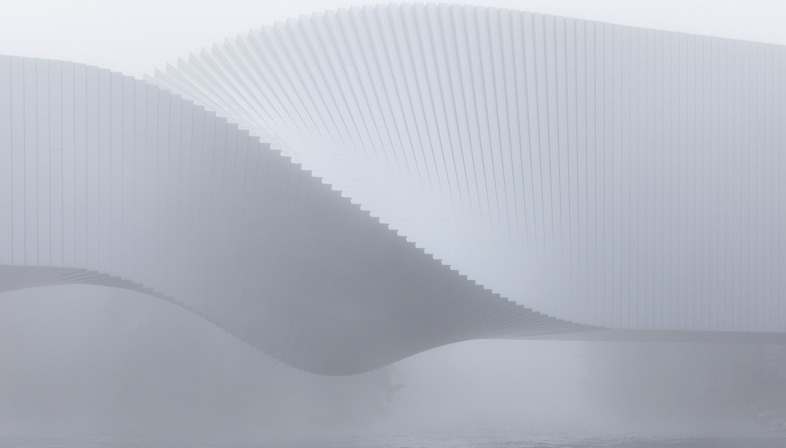 The exhibition route in Kistefos sculpture park has been completed and perfected with the Twist Bridge built by BIG, the studio’s first project in Norway, made from steel, aluminium and painted wood
Jenavker forest outside Oslo is home to a sculpture park that winds through the woods along a path winding along the banks of the river. But until now, visitors had to turn around and go back at a certain point, as there was only one place to cross the river. To make the exhibition route more fluid, a new bridge was needed, crossing the waterway at another point to close the pedestrian circuit in a more consistent way. BIG’s project makes the bridge into a place for encountering art and an iconic element in its own right.
The bridge spans almost 60 metres between its two resting points with an apparently simple box-like structure of variable section composed of steel girders and struts and inspired by a spiral. The bridge’s rectangular section starts on one side measuring 16x6 m, then twists over itself halfway across its span, turning metre after metre toward the opposite bank of the river. In the remaining 30 metres or so the construction twists 90°, coming to the end of the girder or bridge with a section of about 11x12.4 m.
What’s unusual about this structure is that when seen from the outside, and even more so from the inside, the windows succeeding one another toward the river and the forest and then in the direction of the skylight create a final form which is hard to imagine until you go inside in order to cross through it. The architects themselves saw the Fibonacci spiral in the design of the bridge, made clear by the straight lines of the aluminium-clad outer girders. The effect was emphasised by the wooden false ceiling painted white on the inside. All this visual complexity, reflected by curves based on hyperbolic schemes, made it possible to prefabricate the bridge and build it quite easily. 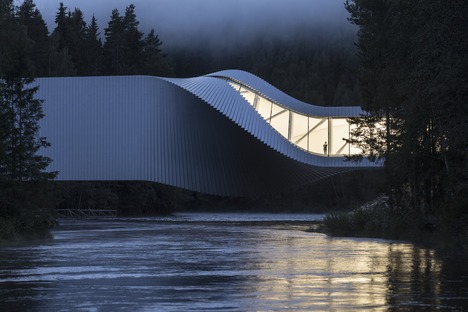 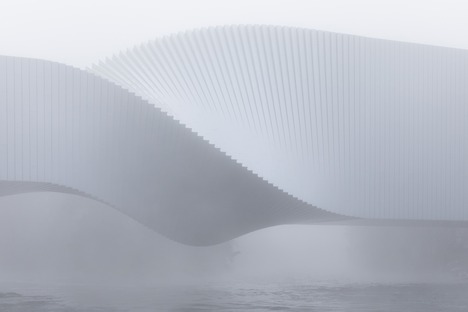 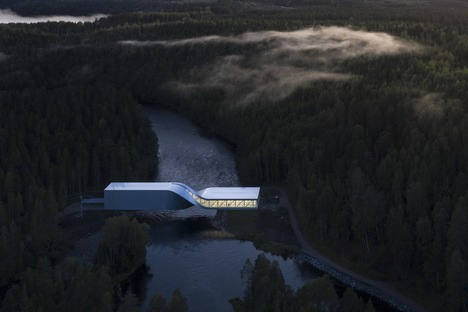 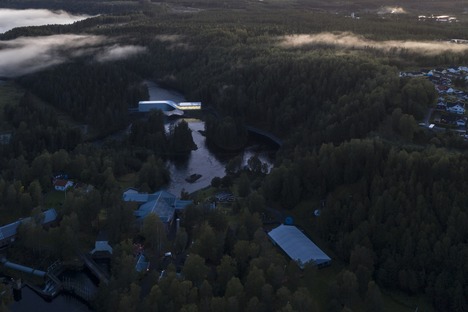 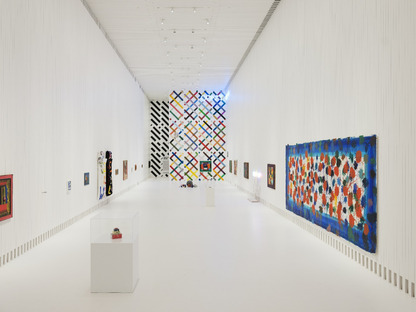 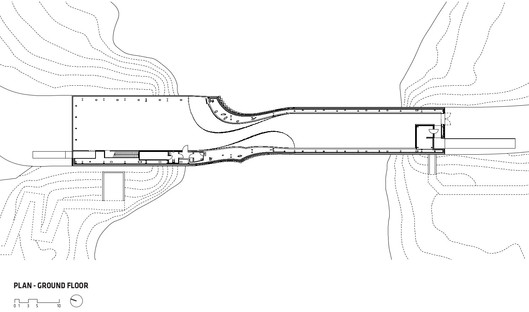 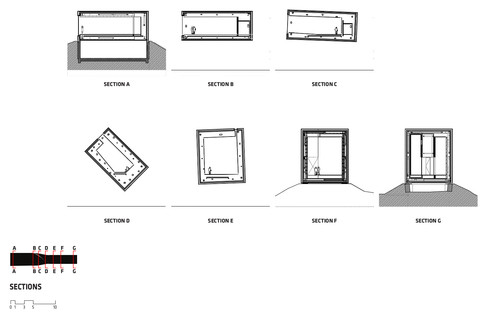 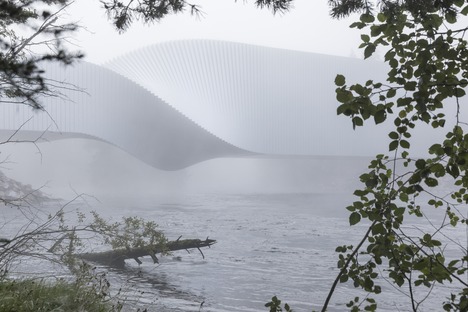 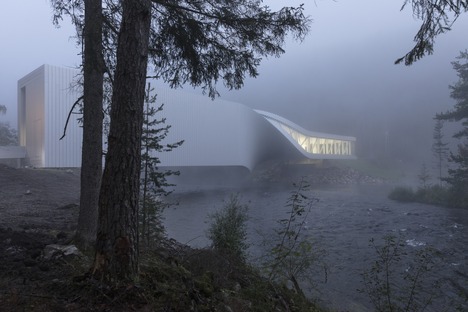 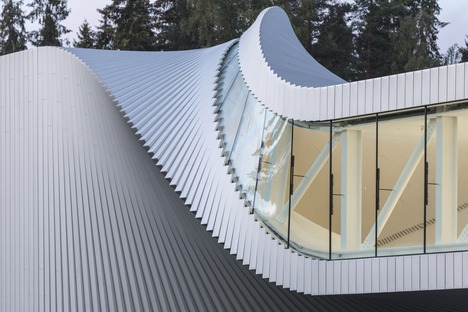 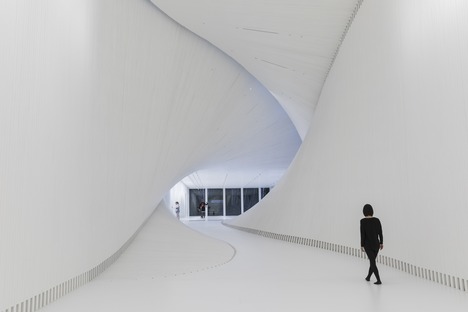 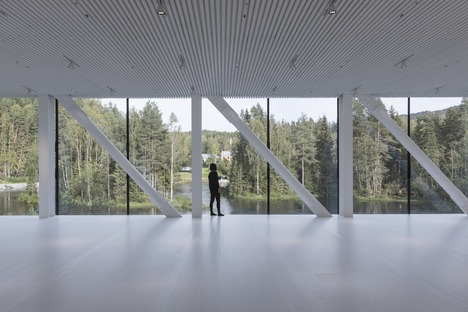 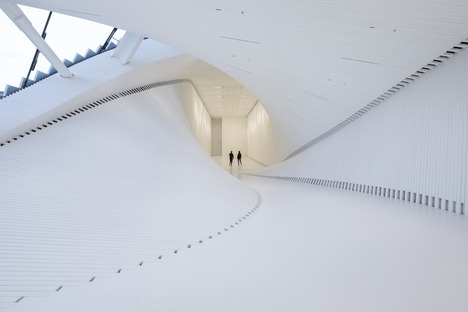 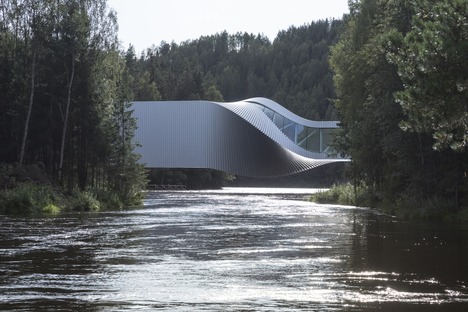 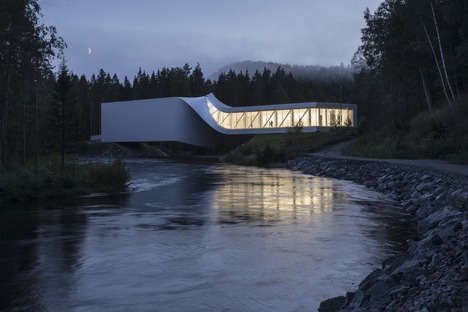