Benthem & Crowel Architects new fly tower at Amstelveen Theatre, in the Netherlands, is technologically innovative in its lightness and choice of materials 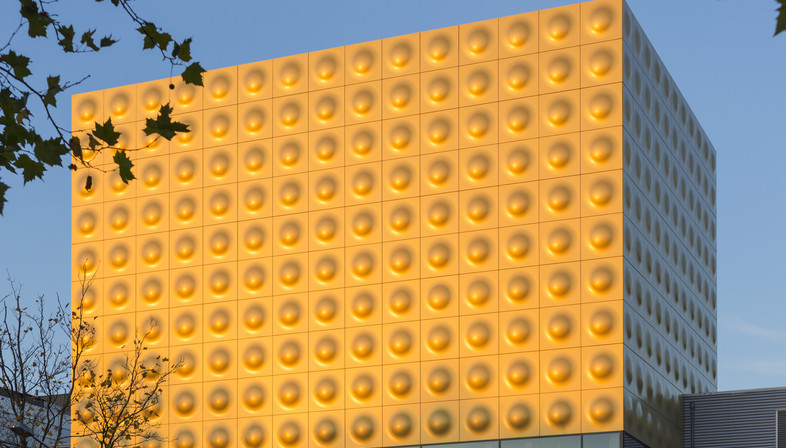 The new fly tower for Amstelveen Theatre, in the Netherlands, has been expanded with an aluminium-clad steel structure that improves its functioning.
Amstelveen Theatre needed to expand its fly tower, as the loads supported by the stage beam were insufficient, and its size limited the theatre companies’ work. This was having an impact on the audience, and so it was decided that this part of the theatre would be updated to respond to the new demands. The architects raised the volume of the tower to give the overhead crane a capacity of 500 kg, rather than the original 300 kg, moving all the stage mechanisms upwards so that they could no longer be seen by the audience, subtracting from the magic of the performances.
Another problem was the static loads of the new expansion, which could have had a critical effect on the existing foundations. The choice of materials, particularly for the external cladding, was therefore made on the basis of energy performance and weight. The material chosen was metallic gold etalbond©, by ElvalColour, a 1.5x1.5 m aluminium panel with a fireproof core, covered with three layers of PVDF (polyvinylidene fluoride) to better withstand atmospheric agents and finished with a special metallic gold paint. All of which was anchored on lightened prefabricated concrete panels, virtually creating a ventilated façade.
One of the notable qualities of the 500 metal panels is their central semi-spherical shape, with an overhang of 13 cm, created by hydroforming, using a high-powered water jet. The final result is a seductive effect which gives the whole theatre an interesting and prestigious look, with light effects on its convex surfaces adding to its overall attractiveness. 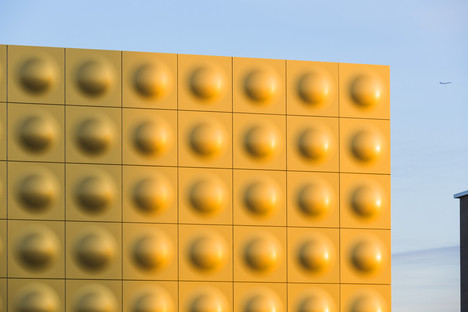 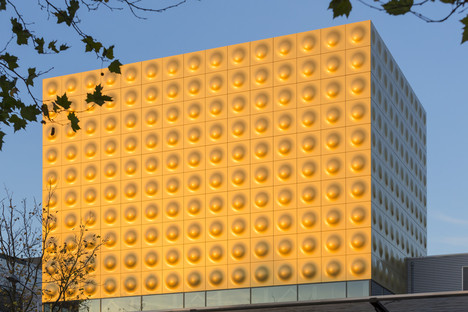 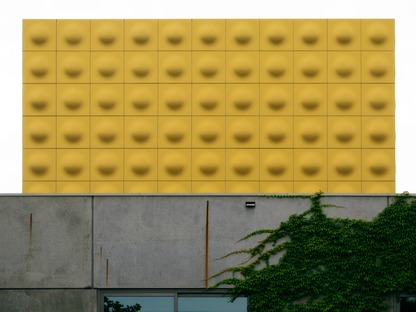 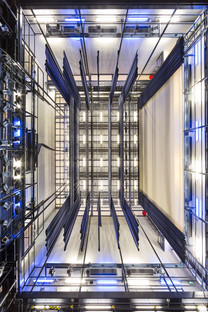 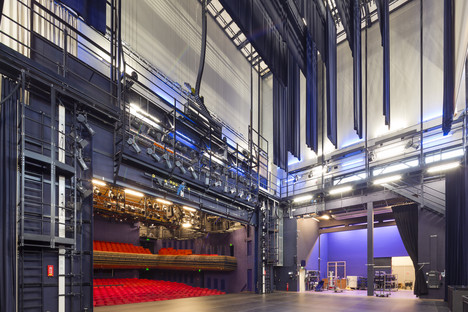 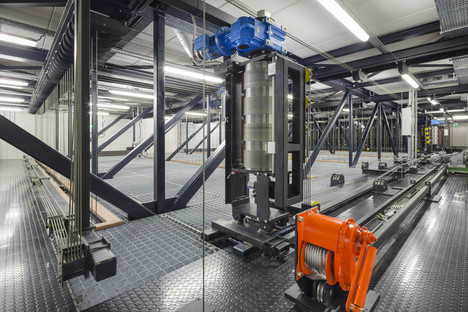 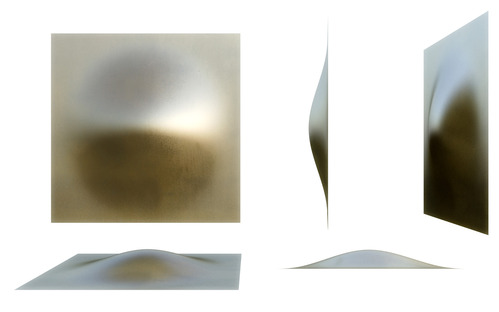 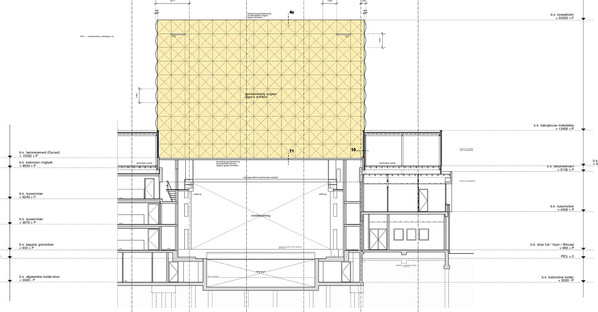 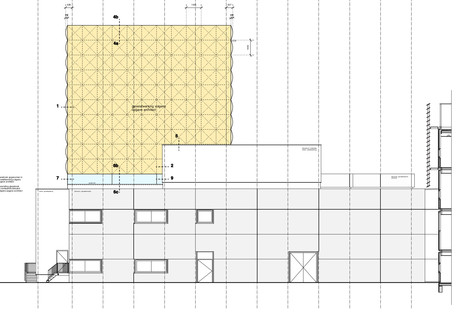