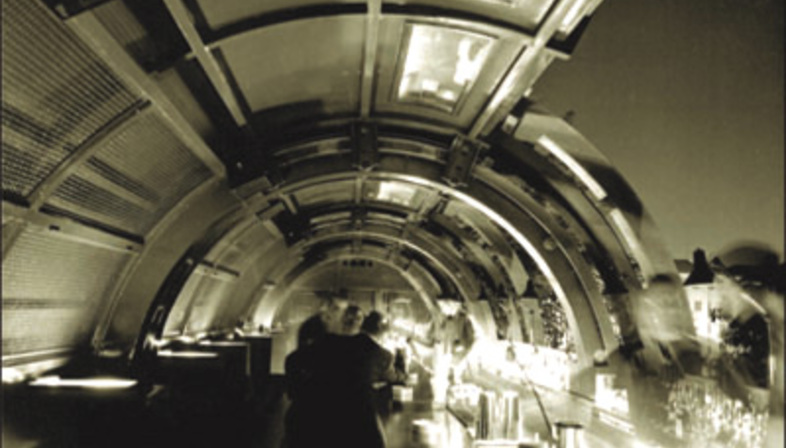 Central Bar-Restaurant is located in a building dating back to the '20s in Beirut's Central District, very close to the border, which caused the area to be abandoned during the war years.
The historical importance of the fabric of this area has led to recovery and preservation work in recent years, restoring numerous historical buildings dating from the Ottoman and colonial periods to their original splendour.

Though the building in question is classified as heritage property, Khoury avoids imitative restoration: he allows his project to stand out by contrast and antithesis, with a sensitivity reminiscent of the problematic, controversial projects which have given new life to such important relics of the past as Florence's Stazione Leopolda or the Scuderie Aldobrandini in Frascati.
For like Fuksas, but with even more powerful visual impact, Khoury chooses not to hide the dramatic but fascinating signs of the passage of time, allowing the exterior of the building to testify to the insults of war and decay: an option which sets him in diametric opposition to a project such as Vienna's Gasometer City, where functional rehabilitation of four important specimens of industrial archaeology inspires a post-modern divertissement which has completely altered their essence, even though their outer "skin" is restored in an exaggeratedly philological manner.

The existing building which the Lebanese architect found himself working with had already been subjected to an earlier renovation project to forestall collapse, for the building had been completely abandoned between 1975 and 1991, when its owners lived abroad; the cage of metal beams intended to preserve its statics are preserved in Khoury's project so that the building's history remains clearly and dramatically readable on its façade.
This choice also provides a visual introduction to the building's rooftop bar, an unprecedented architectural feature with a spectacular effect: a sort of metal gear reminiscent of war machines and industrial machinery takes the form of a rotating cylinder supported by four large metal rings which bring to mind not only industry but images from film - such as F, Lang's Metropolis - futuristic spaceships, projectiles and gears.
For the Central takes up the recent history of the Lebanese people which Khoury cannot ignore, and which he has masterfully expressed in the nightclub B-018: given the impossibility of forgetting the war - an imperative on an ethical level too - and the need to re-establish peace, the true context is not that of a long-lost past but contamination of these two opposed forces, which B-018 seems to conceal as effectively as the Central displays.
For while Khoury chooses an underground solution for his famous nightclub project, in which architecture takes the form of a sort of scar, wound, or trench, his work on the Central directly interacts with the city and its buildings, becoming a characteristic, unalienable visual part of it. 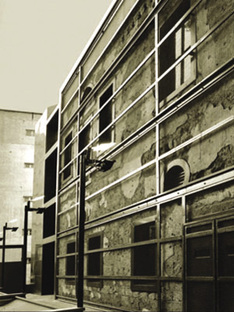 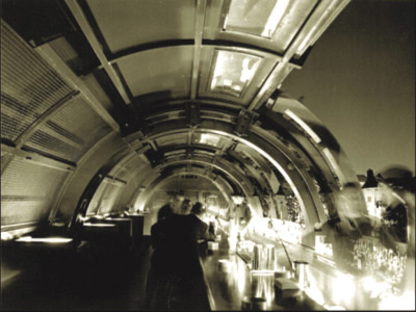 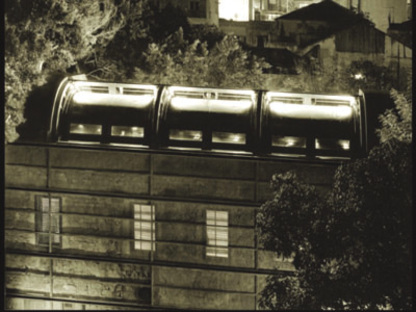 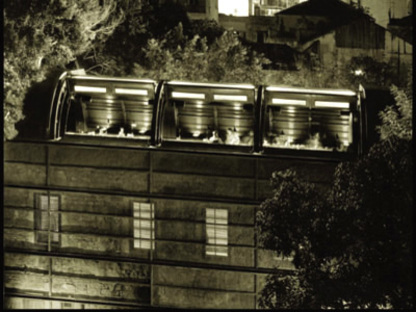 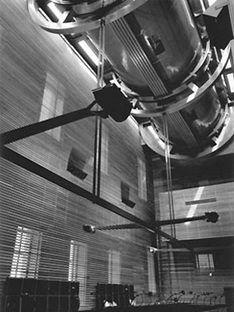