Casa El Cerro is an elegant home that establishes a intimate relationship with the land. 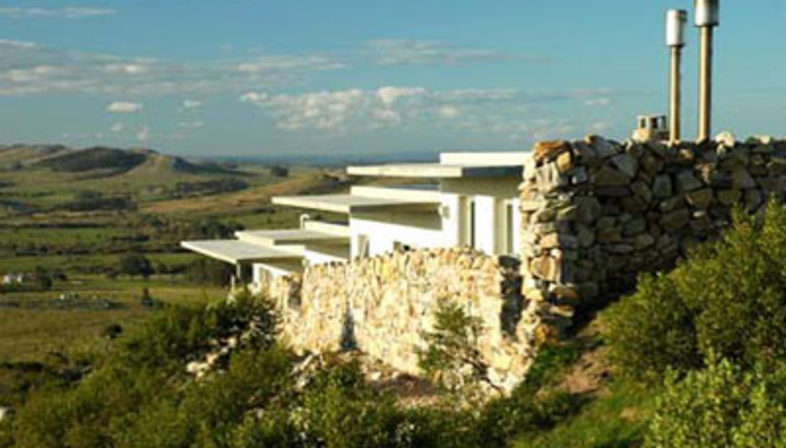 Designed by Edgardo Minond, the home is located 15 kilometres from the sea on the La Ballena mountains near Punta del Este, in Uruguay.
The project's driving force and energy lie in the character of the landscape. Imposing, contrasting, visceral, the land suggests the form of the house, its vocation for a vocabulary of stratification, the choice of materials.
Sincere, natural, close to the colours of the earth, it connects the house with the land as if it were the fruit of its moods. The dominant material is stone, used dry in long, narrow slabs, with more massive blocks at the base, to establish continuity and material intimacy with the nature of the stony ground.
The place is wild, without infrastructures, difficult to reach. This context helps create a romantic feeling of longing around the home, a place of meditation, of intimate spiritual interaction with nature.Casa El Cerro includes the owner's home, a service building, a swimming pool and a guesthouse. All the constructions are made of stone except the kitchen - made entirely out of brown wood - that seems to want to "vuela sobre las rocas": fly over the rocks toward the countryside.The various parts of the construction are distributed on the basis of an organisation determined by the slope of the land: while the owner's home dominates the scene and offers itself up to the horizon, the secondary buildings are more hidden and discrete.
Despite the closed, introverted character of the weave of the finishes on the home, it offers broad views of the landscape, framed by generous openings on the Laguna del Sauce. The size of the living room is doubled by a patio extending out into the landscape.
Casa El Cerro was awarded the Premio Bienal de Arquitectura SCA-CPAU 2006 by Sociedad Central de Arquitectos and Consejo Profesional de Arquitectura y Urbanismo. The judges noted the architect's skill designing a home that expresses the harsh character of the mountain and the dreamy feel of the sea, the static force of the mountain chain and the dynamic impetus of the ocean waters, in a poetic and sensitive interaction between built environment and natural landscape. 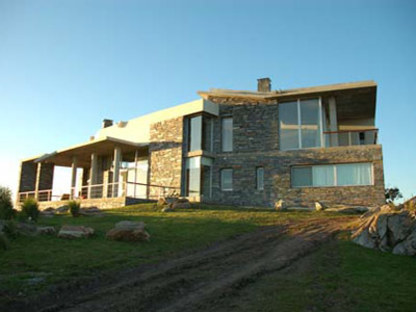 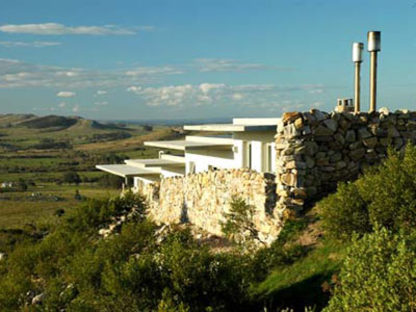 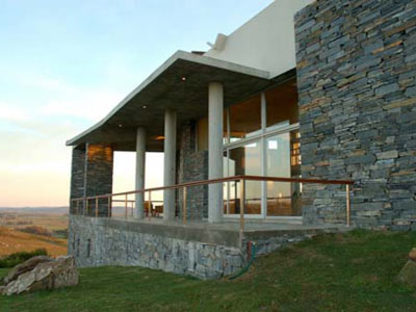 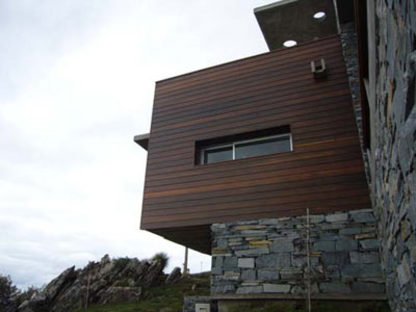