In an area of the Adriatic coast between Ascoli and Pescara, where towns dissolve to become an apparently anonymous landscape, Casa Capece-Venanzi stands out, in a way however that is marked by linearity, discretion and lightness. 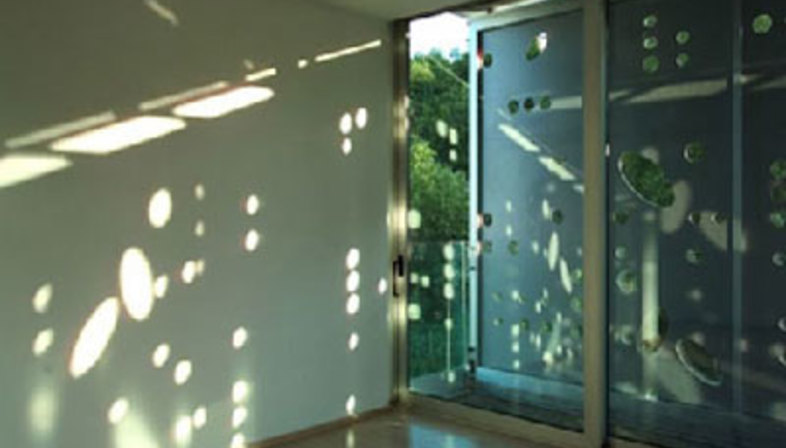 Its distinctive position, between the coastal plain and the hills behind it, together with the unusual formal decisions and choices of materials, imply a specific decision: that of ensuring that the house communicates with its surroundings, seeking a contact with nature that goes beyond conventional ideas.
The building is constructed on three levels, following a layout that plays not only on shapes, but also on their sudden appearance, with distinct cuts, unexpected openings and overhanging volumes. The basement has a garden roof that adjoins the living area of the ground floor. The latter is enclosed by large sliding glass windows, and houses a staircase leading to the first floor. Here there are the bedrooms and bathrooms, together with a sauna, a workout room and an office.
Glass and aluminium dominate, giving rise to a composition that enhances the natural lighting of the interior of the house as well as the lightness and the well proportioned lines of the whole building. A distinctive feature of Casa Capece Venanzi is formed by the aluminium panels installed along the first floor balcony and along the fencing of the ground floor. With perforations in rounded patterns of differing sizes, they permit light to filter through them creating reflections and shadows that give the house an iridescent look. The play of light and shapes reflecting within the interior decorates the house and its rooms even at night, due to a system of LED illumination that creates a series of "backgrounds" which transform the glazed front wall of the first floor into a sort of screen. The exterior of the house has various finishes, again dictated by specific choices and the wish to differentiate the areas according to their uses, at the same time emphasising the composition of the house, made up of two opposing blocks.
The basement is clad in stone but the western side is in glass; the parallelepiped above the basement is coated in white plaster, decorated with a pattern of circular perforations.
The upper volume juts out over the landscape in an ideal flight over the greenery and through the air.It is as if Casa Capece wishes to be embraced by the nature that surrounds it and at the same time allow itself to be penetrated by its colours, its light and its perfumes. 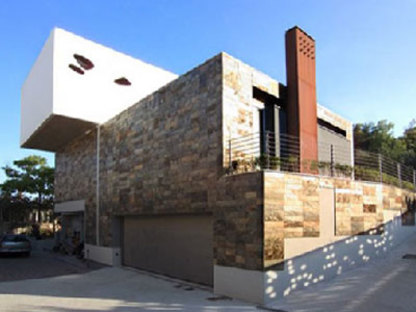 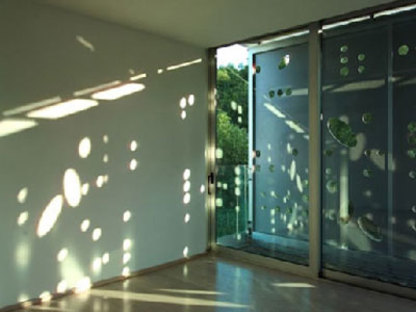 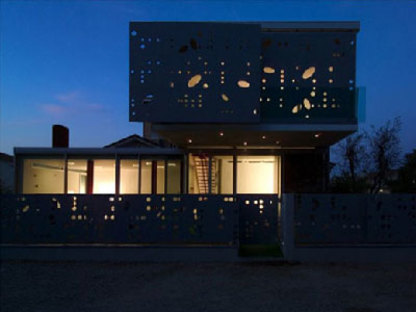 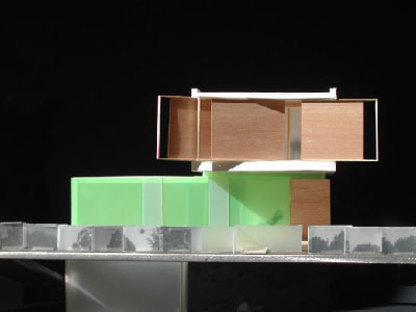 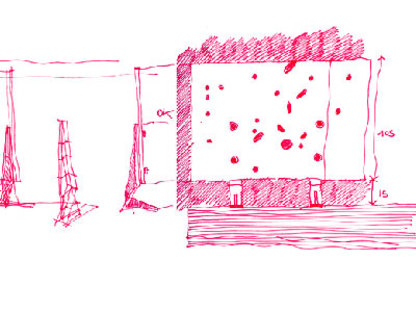