An exhibition on the interior architecture of Carlo Lococo has been held at Francesco Moschini's A.A.M. Gallery in Rome, featuring a dwelling which is the result of a team work, involving a group of artists invited to create works specifically for strategic points of the redecorated area. 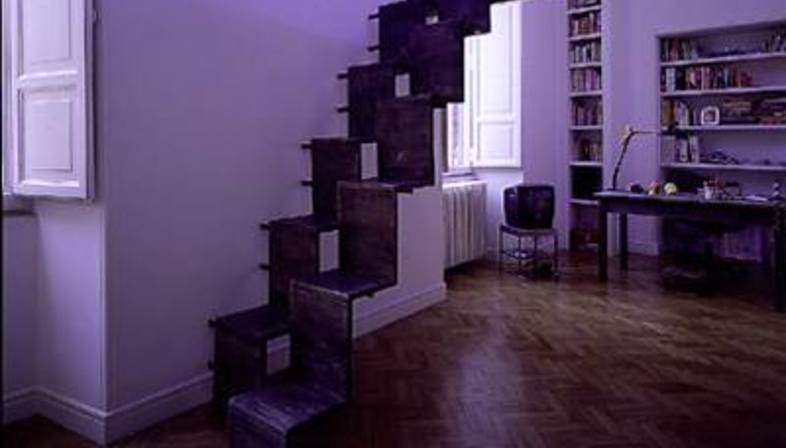 These contributions modify the domestic environment spatially and perceptively, creating an unconventional interior. At the same time the project is neither slavishly adapted to a regime of collecting for the sake of collecting, convulsively and repetitively, nor reduced to an unmotivated accumulation of ornaments.

The works of art are installed in a studied sequence, as stages in a liturgic itinerary; erratic elements surfacing as rests of a fossilized domestic architecture.

The entrance is dominated by the sculptural bezels in untreated travertine by Maria Dompé, of which massive physical presence contrasts with the polished surface of the metal staircase, monolithic yet pliant, suspended in an uncertain equilibrium which incorporates immobility and movement.

The same indefinable movements also co-exist in Roberto Alamagno's works in turned wood or in Eliseo Mattiacci's luminescent tangles. The internal patio, turned into a desert environment, and the slate shelves by the bed are also by M. Dompé.
The works, considered as a whole, lacking an overly cerebral projection of significance, are the result of a creative disorientation which essentially leads to a redefinition of the objects, extracted with effort from the material they are made of.

As to the general arrangement, G. Lococo's project is characterized by a studied coordination of the different artistic and architectural elements, which combine to create an anti-celebratory spatial disposition that is the result of a sensibility acquired in almost twenty years of professional activity.
Since his experiences in the early eighties, many in collaboration with Dario Passi, C. Lococo has immediately pursued a cultured professional career, the result of a constant and prolific participation in accessory artistic languages bordering on architecture, avoiding the excesses associated with an undue indulgence in calligraphic transcription.

Especially in this case, where he stages a fragile co-existence among artists, the merit of C. Lococo lies precisely in the fact that he does not seek to excel at all costs; on the contrary, his role remains on a level where, without being relegated to a minor order, there is no risk of projecting the dilatation of his own linguistic ego on the work. 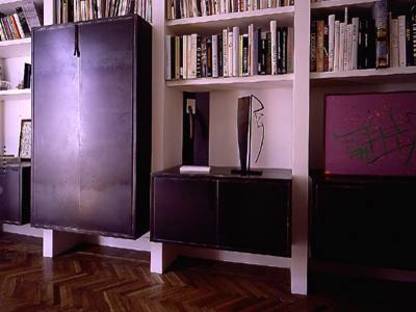 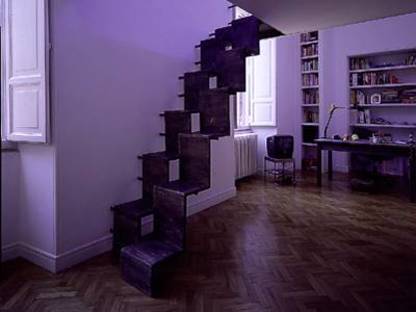 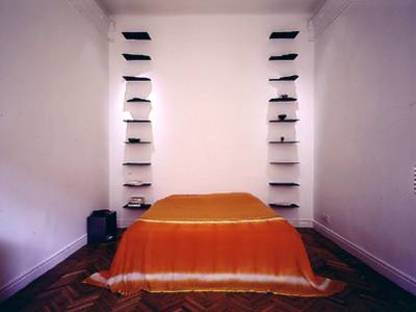 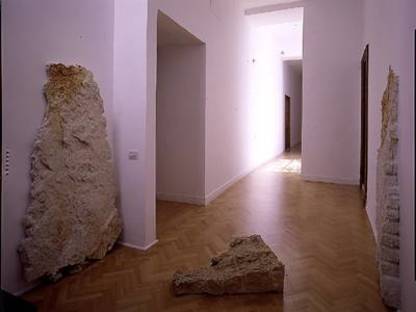 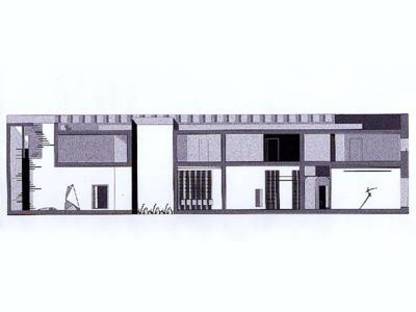 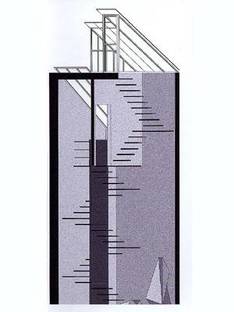