C. F. Møller: conversion of a silo into a home

By demolishing an old silo structure only in part and converting it into a home, C. F. Møller saved a piece of history in the Danish countryside and demonstrated that good architecture is not enough to save a building: historical and social factors also count, such as citizens’ involvement. 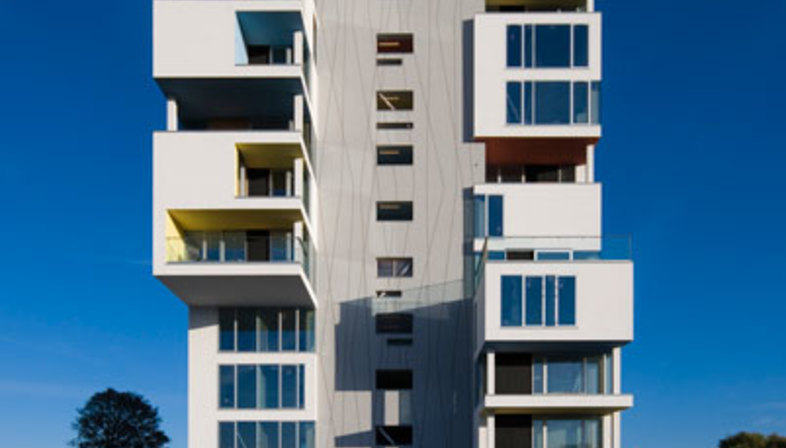 Tall cement silos in a variety of shapes which were used by local farmers characterise the landscape in the countryside around the city of Aarhus in Denmark. With time some of them have been abandoned, and for years they sat slowly decaying, neglected and abandoned to the action of nature.
In an interesting project for reclamation of industrial archaeology and conversion by a private contractor, just outside the town of L?gten, north of Aarhus, one of these silos was converted into a residential tower designed by C. F. M?ller Architects. Explosives were used to demolish part of the cement structure of the silo – an event which attracted a good turnout on the part of the local citizenry, with online publication of plenty of amateur videos; the new steel structure with cement floors was built by embracing the old silo on three of its four sides, and using it to contain elevators to the new building’s 12 floors. Despite public opinion and the evident contradictions involved in building a rural skyscraper, the architects managed to reproduce on the vertical plane the morphological and chromatic asynchrony that appears in the surrounding landscape on the horizontal plane. Using the old silo for vertical and lateral support, the project organised the apartments inside with irregular floor plans and layouts, so that the facades all look different, characterised by an alternation of curtain walls and terraces, and the cross section reveals the combination of indoor and outdoor spaces in the residential blocks.
The dialectical relationship between inside and outside was the key focus of the project, which made the most of the virtues of the structure’s height: the 21 residences, apartments and maisonettes, all have terraces of different sizes and orientations, covered or uncovered, and large windows and glass walls running their full height on all sides to let sunshine in all day. The terrace roofs and walls follow a colour scheme that emphasises the white plaster of the facades, declaring the internal differentiation of each apartment, with open space floor plans permitting a freer layout.
On the other side of the road, separated from it by a green area with parking spaces, is a service and shopping centre to serve the apartments’ residents and create routes leading from the town centre to the outlying areas and the countryside around, in which Siloetten is fully immersed without suffering the effects of isolation.
What could potentially have been a monster construction on the horizon of the Danish countryside has thus been given historic value by reclaiming a decaying artefact of industrial archaeology. By making sure that history and its transformations are legible, the project protects itself from the most dangerous risk inherent in construction of large housing complexes: loss of identity and anonymity.
The choice to conduct a campaign explaining the project for reclamation of the site, encouraging the citizens of L?gten to participate in the demolition and graphically underline the wall of the old silo in contrast with the new construction helped make the building a local landmark, like a windmill or church spire. This may mean that, given its architectural quality, a project can go down in history as bad or good as a result of history itself, the history that affects it and that is built around it, depending on the amount of care people take with the buildings they live in and the interest they generate around them.
In short, the boundary between monster construction and landmark is very thin! 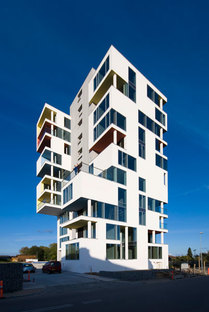 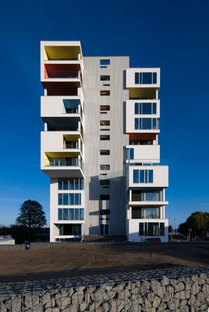 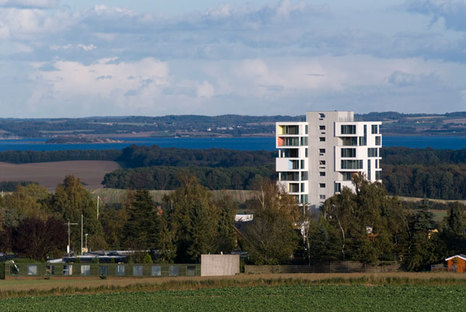 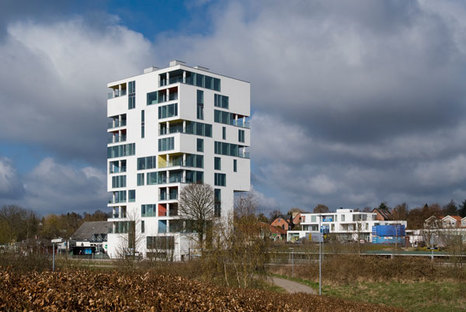 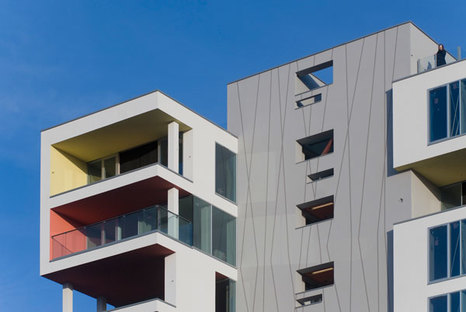 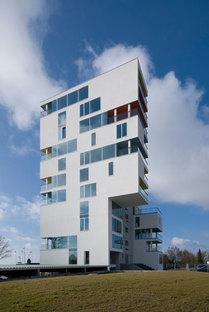 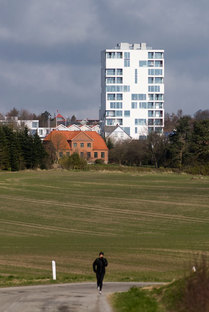 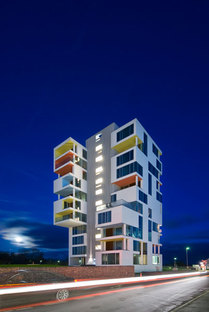 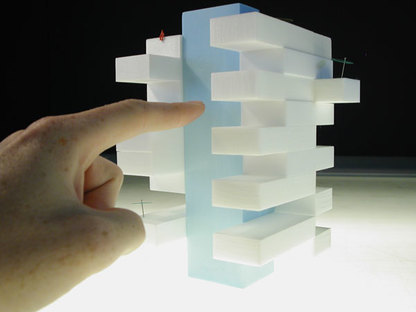 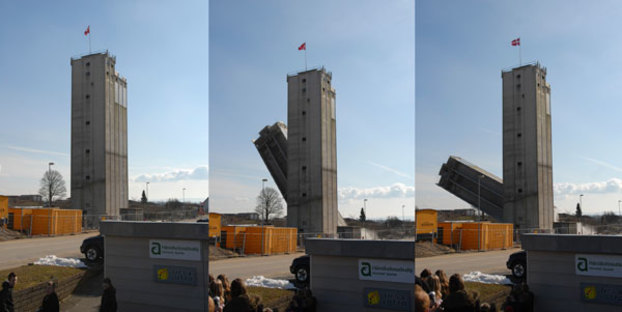 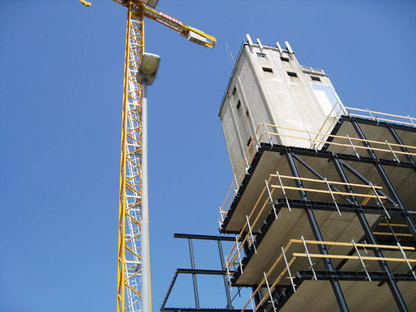 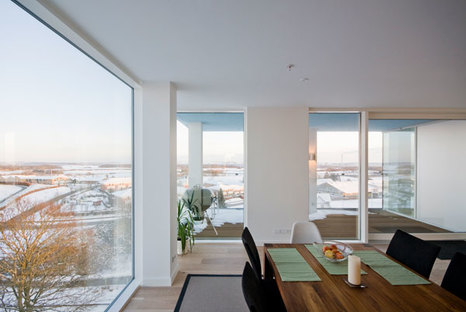 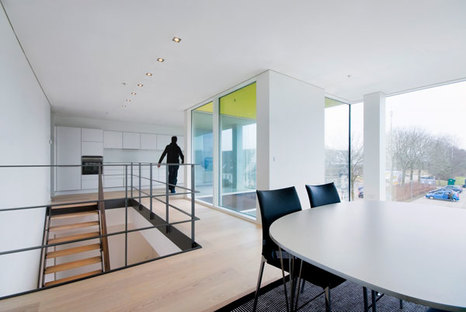 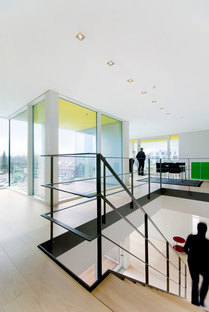 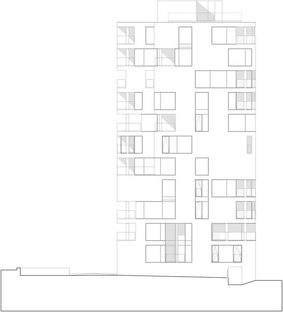 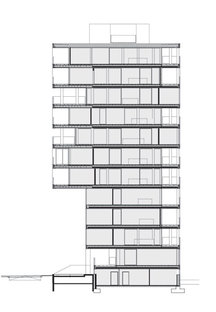 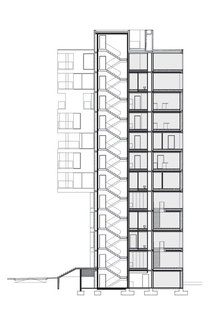 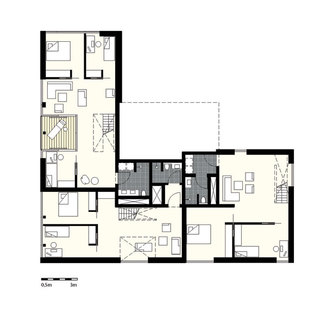 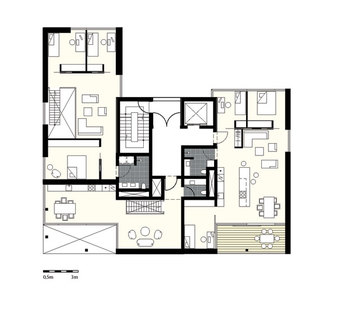 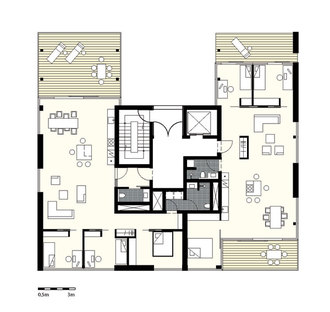 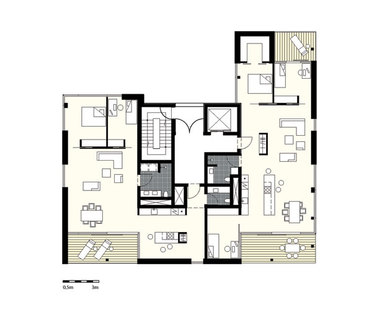 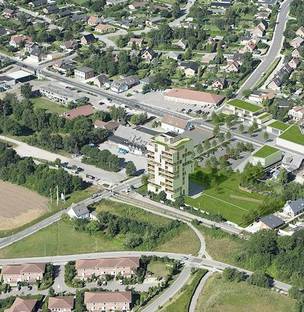