The Earth house is a house for contemplation and meditation. Built in a hole dug in the ground in a forest in South Korea, it is constructed on the basis of the criteria of sustainability and suggests an unusual point of view from which to relate to the surrounding landscape. 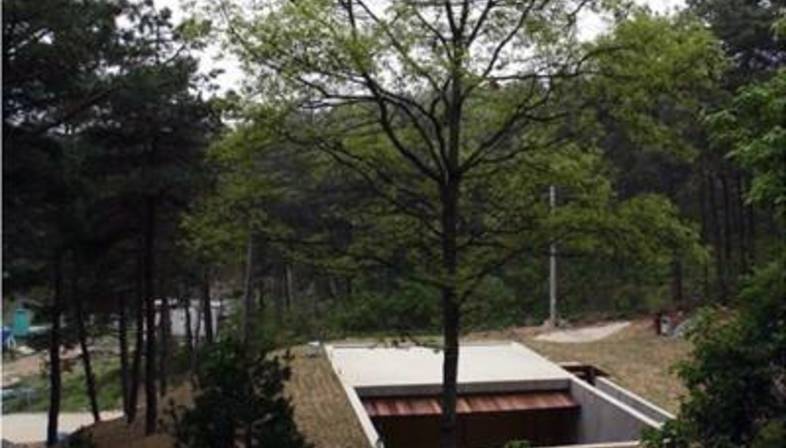 The house is an experiment that has a lot to say about the possibility of living inside the earth rather than on top of it, as our society has been doing since time immemorial. The experimental house not only digs down into the soil to obtain benefits from it, but uses the very same soil to build the walls inside the house. Apart from a few other additional materials, such as the cement slabs used to contain the excavation and the wooden dividing walls between the rooms, all the rest is made of earth and, on the basis of the architect’s concept, will return to the earth when the house is demolished.
Architect Byoungsoo Cho decided to test his intuition that building a house in the earth could offer psychological and physical benefits for the people who live in it by designing the Earth House. He consulted Keunsik Shin, an expert in the use of rammed earth as a building material, and made a rectangular excavation with cement retaining walls and a central iron reinforcement measuring 14 metres wide by 17 metres long. This area, the surface of the home, is partly covered by a flat cement roof which people can walk over and partly left open to the sky to form two courtyards: a larger, more important one which people cross to go into the home and a smaller, more intimate one at the back. The home itself has rammed-earth walls made using the traditional cement formworks, as revealed by the impressions left on their surfaces and forming their finish. There are also additional walls made of wood which divide the space into 6 rooms: 2 bedrooms, a study, a kitchen, a bathroom with a separate washlet and bathtub room, and a laundry room. Three of the rooms have low windows onto the rear courtyard which serve only for control of the microclimate, while the other three face the main courtyard and have two entrances. As we cross the large courtyard, we can hardly see the little door in the cement wall, which leads to a staircase, also dug into the earth, taking us up to the surface.
As we climb back up to ground level, we westerners tend to think of the nuclear shelters of cold war days. But the project is meant to be viewed according to an oriental contemplative philosophy. One of the architect’s intentions was to allow guests in the home to see the sky from an unusual point of view: the house is lower than ground level but open onto the landscape around it, and the absence of distractions created by the context that normally attracts our attention ensures that we look upwards to the sky, perceiving changes in the look of the sky and the colour of the lightthat we would not normally notice.
In bioclimatic terms, the house is kept comfortable with the aid of a geothermal heating and cooling system with pipes buried in the soil around it, as well as an additional radiating heating system under the clay and cement floor: a sustainable choice in line with the architect’s desire to restore the relationship between artificial human aspects and natural aspects, as is his decision to make all the furniture out of recycled wood from old Korean doors. This image is not purely nostalgic but conveys a strong link with the country’s history.
What do the sections of trunk emerging from the cement walls represent? They come from the pine tree that once stood where the house is now, and the architect’s idea is that as they decompose, they will give way to new forms of plant life that will “bloom” out of the cement, creating a surprising decorative effect. 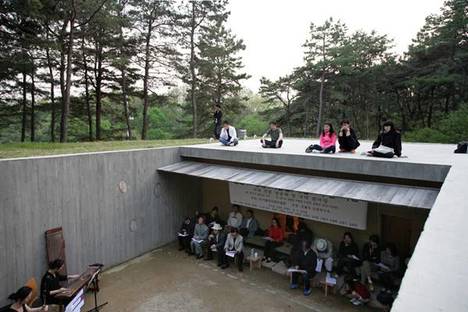 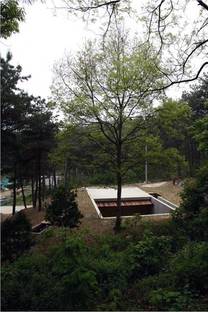 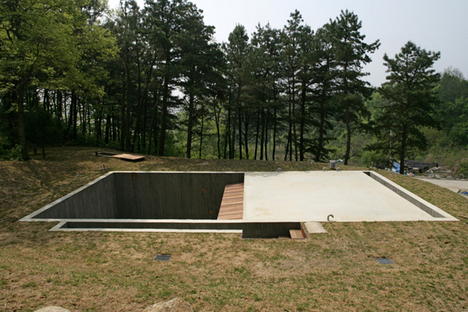 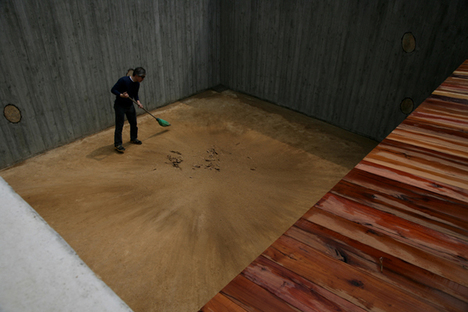 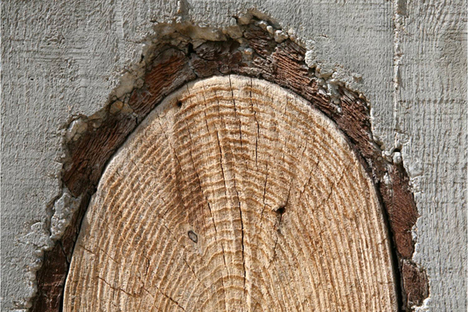 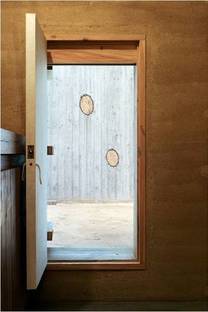 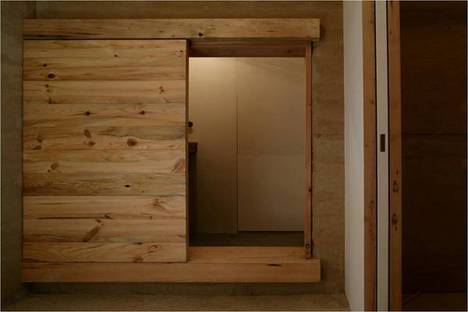 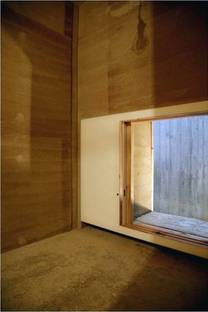 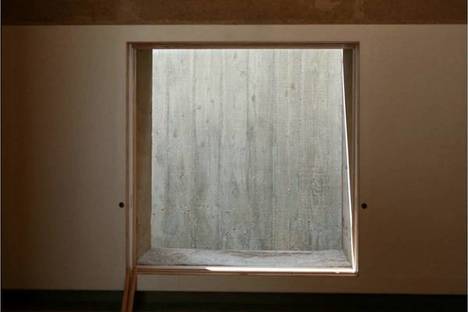 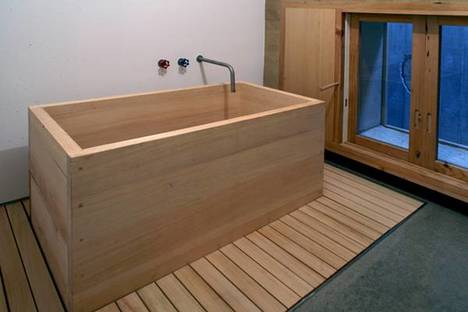 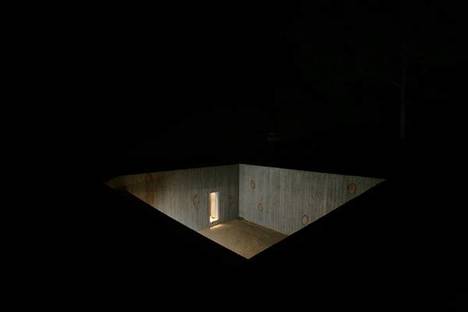 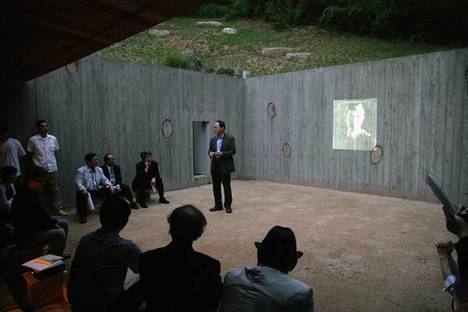 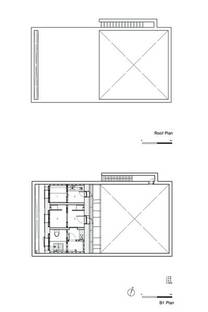