The renovation work on the Quadrilatère Richelieu, home to the Bibliotèque Nationale de France, is due to be completed in 2020, creating a precious treasure chest containing a pole of excellence for history and the arts in central Paris. The French authorities inaugurated the halls constituting the first part of the renovation project in January. 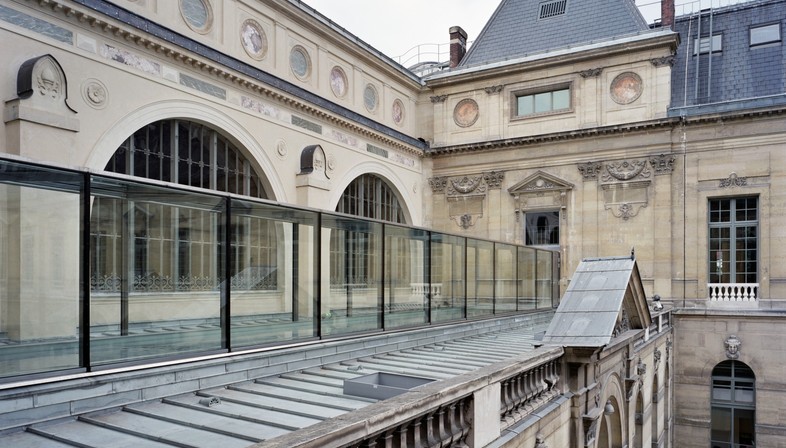 The Quadrilatère Richelieu, home to the Bibliotèque Nationale de France, with its prestigious collections and reading rooms, has been renovated in a major project involving three different studios and professionals: studio Bruno Gaudin for the reorganisation and renovation of the interiors; Jean François Lagneau, head architect of historic monuments, for restoration of the heritage spaces in the ISMH (Salle Labrouste); Contours Soft Design for signage. 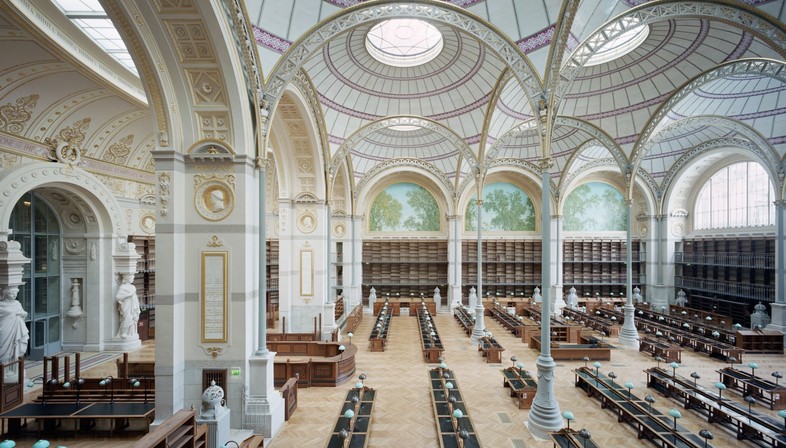 Following four years of intense historical and structural study, necessary to understand and classify the intrinsic and problematic qualities of the building and all the spaces in it, the architects of Bruno Gaudin produced a complete inventory of the premises (warehouses, reading rooms, galleries, stairways, etc.) and came up with a number of actions. The orderly stone façades and apparently unified complex conceal a construction that has been built in layers over the years, begun in the 17th century and since then repeatedly demolished, expanded and transformed in small localised projects, never a single plan for renovation of the whole complex.
The architects of Bruno Gaudin came up with a strategy on multiple levels: an overall project for the layout and entrances throughout the entire Quadrilatère, as well as separate projects taking into account the specific needs and requirements of the various different spaces in the complex. Architecture, History and Technology are the keywords, apparent in different ratios in different parts of the complex. And so, for example, the technical elements appearing in some of the spaces, where they become architectural objects for all intents are purposes, are concealed from users’ view in the spaces where the historical component prevails. 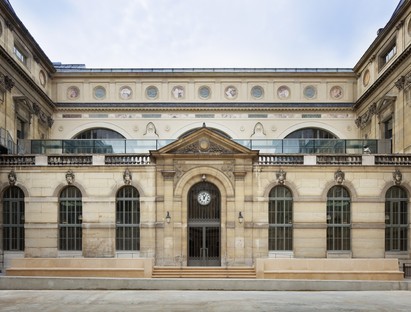 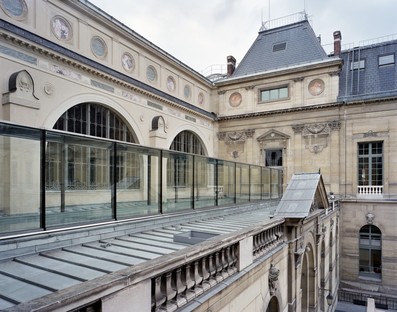 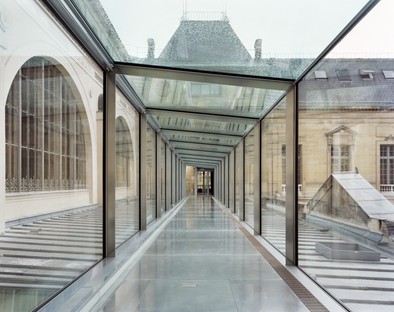 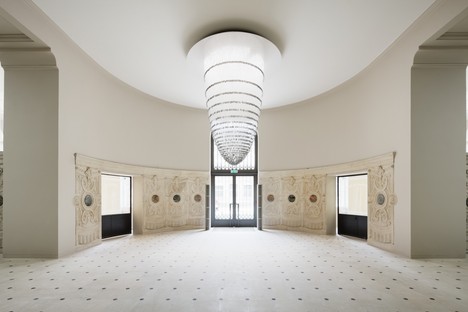 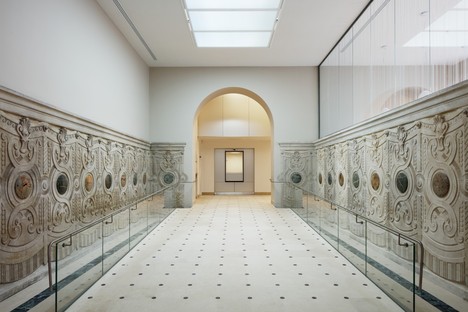 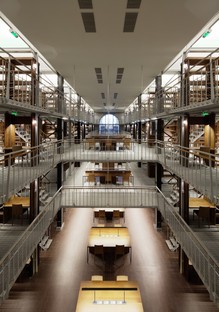 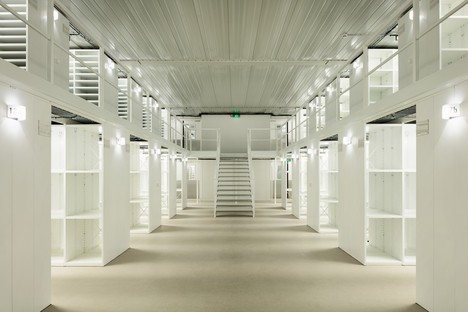 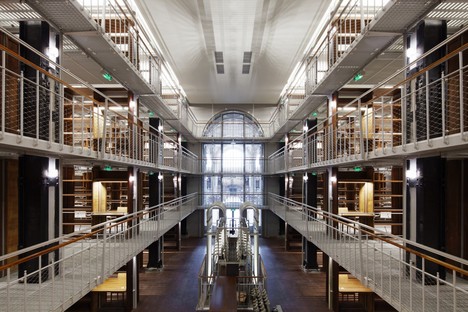 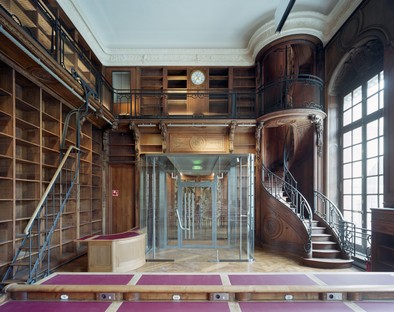 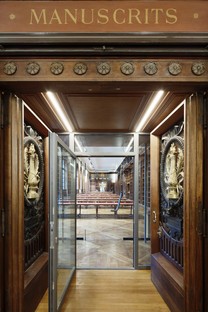 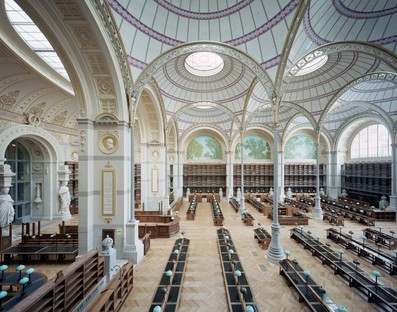 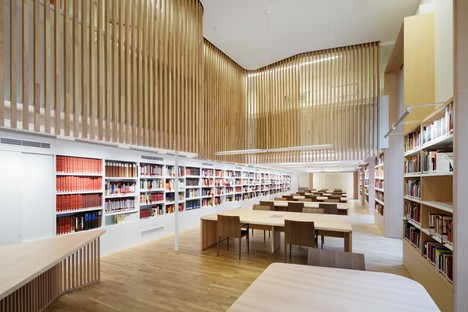 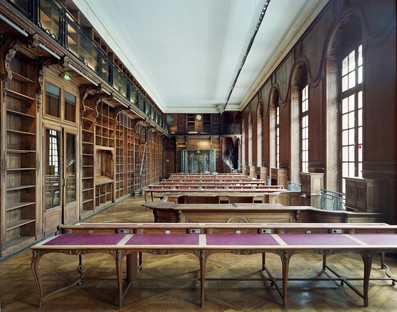 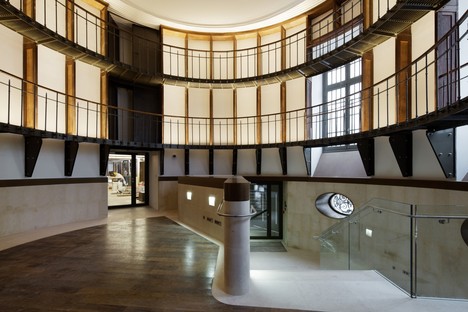 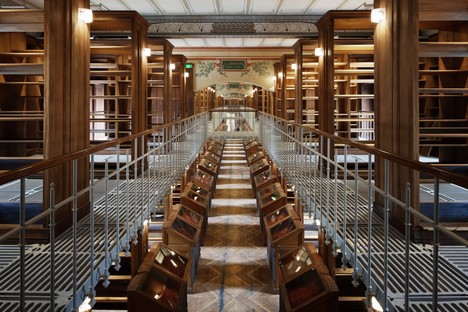