Israeli architects Bracha and Michael Chyutin designed the Senate House for the well-known Ben-Gurion university campus in Beíer-Sheva in the Negev desert. 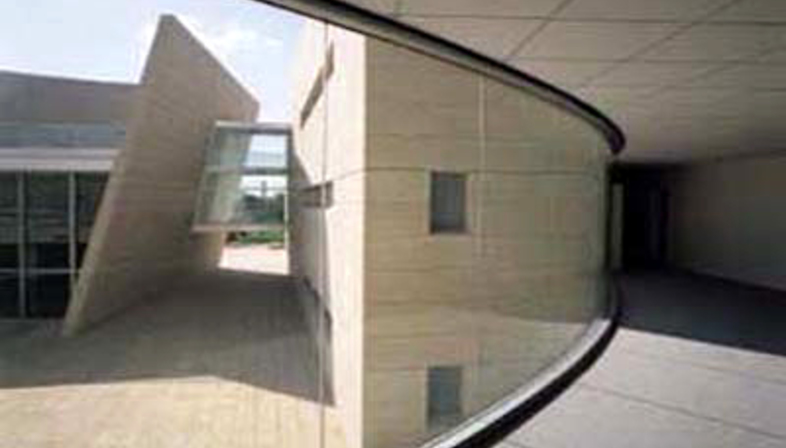 Here it is no longer the orthogonal surfaces which prevail, but the diagonal folds; windows look like cuts in fabric. Various elements of the design bring to mind the immense expanses of desert surrounding the campus, such as the main facade with its appearance of being built out of sand.
The geometry of the plan is arranged around two orthogonal rasters, beginning with a reading of the campus plan; the walls have two angles, required by the ambitious goal of designing a building with a double identity. For the building's historical and institutional significance blends with futuristic elements: simple rationalist figures combine to create strong distortions and detachments, joints and fractures, as revealed by morphological analysis of the stony landscape surrounding it.
Thus a continuous play of irregular lines is created, giving rise to forms with well-defined contours which often contrast with one another; the architects experimented with a similar compositional method in their Guivataym theatre, based on circular courtyards and a patio arranged like a village around a central square to create a strong sense of community.
The search for roots characterises the identity of the state of Israel and the concept behind the Beíer-Sheva university campus.
Many critics consider Michael and Bracha Chyutin's project an example of pure deconstructivism, but a naturalistic component may also be observed within this current. 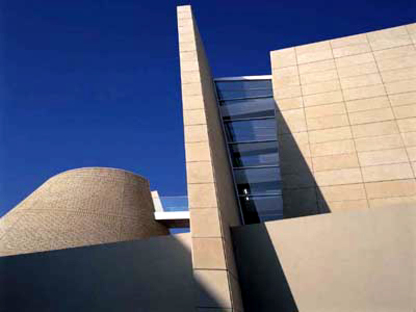 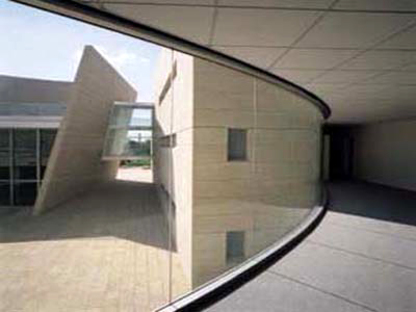 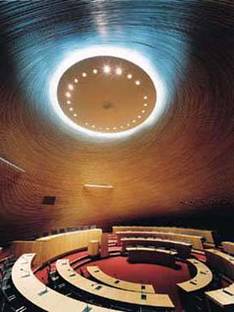 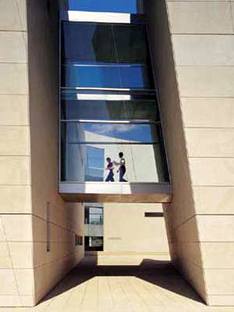 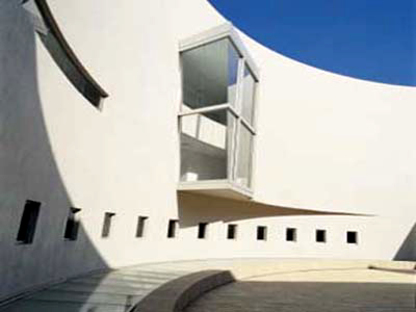