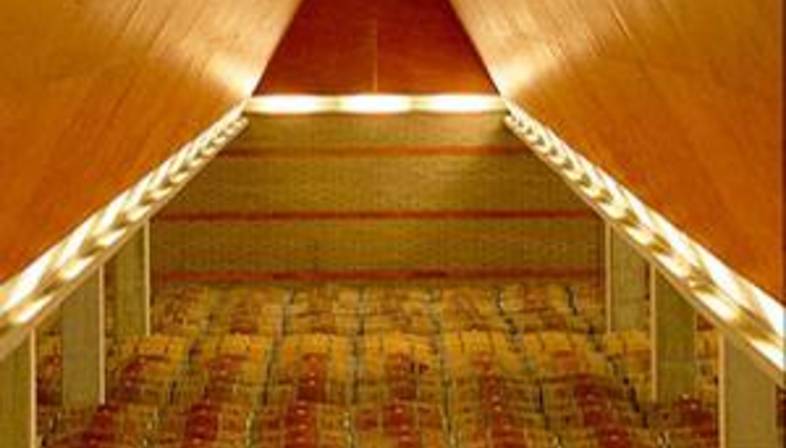 Partially built in 1991, it was one of the first Spanish wineries to be built with a strongly contemporary look, inaugurating the heyday of the Spanish wineries that have competed to display their awareness of architecture over the past decade.
Jesus Manzanares is a young Madrid architect specialising in winery projects who has worked for such well-known winemakers as Alvaro Palacios, Pago de Capellanes and Balneario de Pontigosa.
For the Enate wineries Manzanares came up with a strongly horizontal building whose long terracotta-covered forms are grouped around an access hall with a glass elevator.
The linearity of the building's composition brings to mind a medieval monastery, evidence of the architect's reflection on the sense of tranquillity created by the surrounding landscape and the philosophy of a company which uses modern technologies to build on an ancient winemaking tradition.
The Nozaleda family like to call their winery "an aseptic and functional home for wine", nothing at all like the traditional dark, underground winery.
Manzanares attempted to take the atmosphere of the Mediterranean landscape right into the wineries, playing with light and offering surprise glimpses of the landscape outside.

He has created a building with a strongly contemporary image which still manages to preserve the flavour of the ancient tradition of winemaking, where such traditional materials as terracotta and stone appear alongside high-tech cement and steel.
The 12,000 square metre building was built over the span of a decade, with later expansions, the most recent of which dates from 2001.
The original building was made up of two distinct bodies, one where wine is made and another where it is aged, united by a hall flooded with light which interacts with the surrounding landscape and offers spectacular views out over the vineyards. 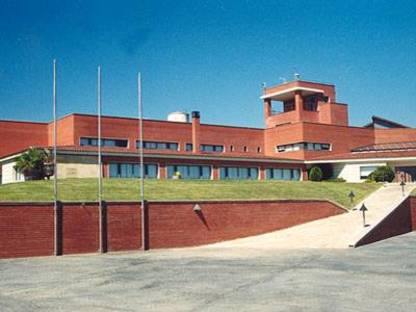 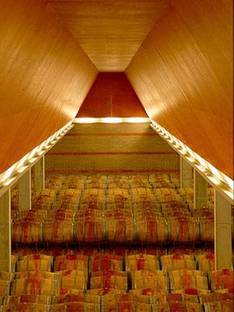 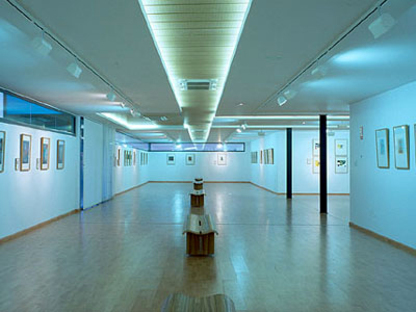 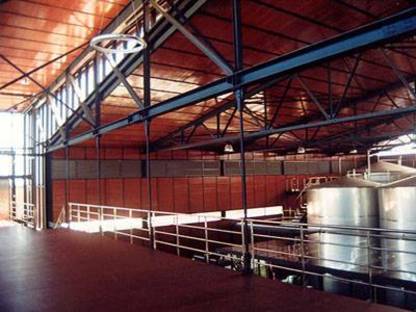 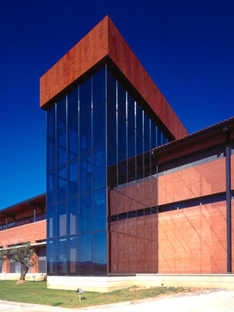 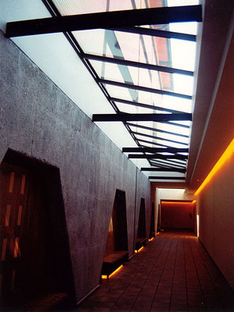