Bodega Señorìo de Arìnzano offers a successful example of the big wineries' pursuit of alternative business policies which are increasingly linked with environmental compatibility and require expression in buildings of great architectural quality. 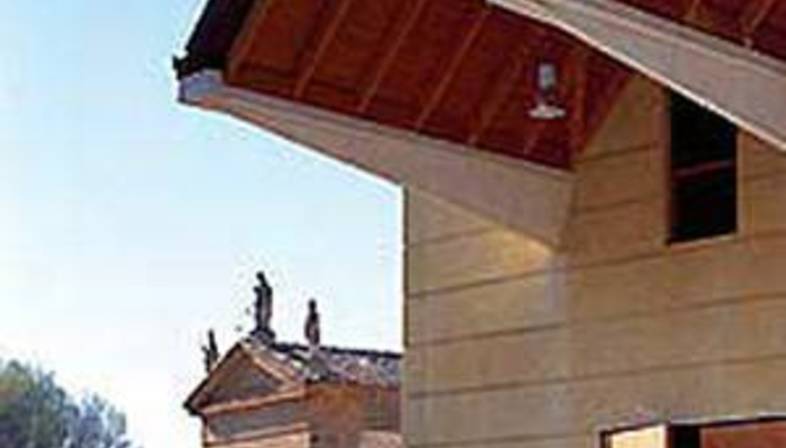 The part of the estate housing the new winery, inaugurated by the Spanish royal family in March 2002, lies between the river and the wooded hill and was already the site of constructions which Moneo could not ignore: a small neoclassical church dating from the early 19th century, a tower from the old landowner's home crowned with statues that look as if they belong in the Pamplona town hall, and an eighteenth-century farmhouse.
In this context Moneo managed to create a highly functional, technological machine for wine production which blends in with the landscape, maintains its spirit and establishes dialogue with the old buildings on the site without either dominating them or being dominated by them.
The new winery buildings embrace and enclose the old buildings, giving them pride of place in a courtyard which gives the site a new-found unity and cuts it off from the hill behind. The four new buildings are arranged in a C-shape in a continuous sequence but have different formal identities depending on their function: two arms jut out of a long rear building housing the bottling and barrel storage areas, one for receiving grapes and giving them their first treatment and the other providing a reception area for visitors.
The must is pressed and worked in a rectangular building with five internal naves, reflected on a façade with a jutting gable roof.
This pavilion contains the steel vats where the must is fermented; once it becomes wine it is put in a semi-underground room specifically designed for ageing.
This is the building's most evocative interior space, with a two-pitch wooden roof supported by tree-like pillars whose arms hold up a suspended walkway permitting inspection of the barriques.

A more complex structure accessed on two levels is destined for storage of agricultural implements, warehouses, sales and administrative offices.

In his composition Moneo uses the vocabulary of the existing buildings to establish a dialectic with the past which appears in every aspect of the project. Thus the motif of the church's triangular gable is repeated in the projection of the roof over the pressing pavilion, the pigmented, grooved concrete of the walls blends in perfectly with the local limestone used in construction of the older buildings, and the roofing of copper-covered wood offers an instance of a new construction solution which preserves the natural charm of the past. 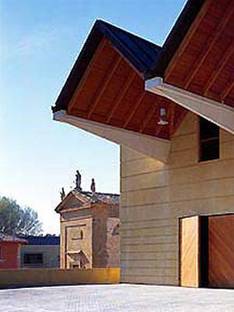 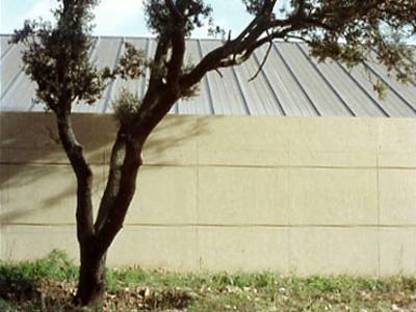 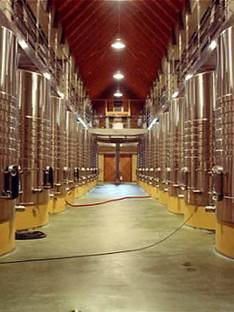 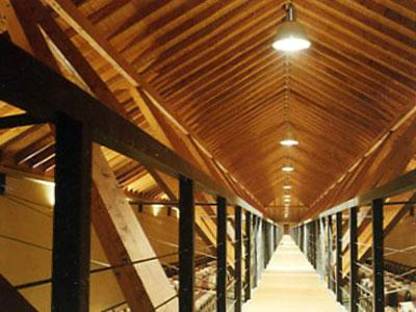 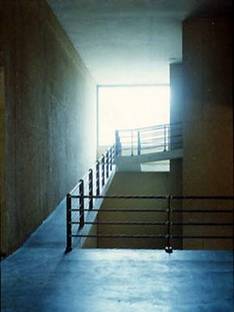