There are some places where interior design plays a particularly important part in how we relax - in restaurants, cafés, bars and hotels.

There are some places where interior design plays a particularly important part in how we relax - in restaurants, cafés, bars and hotels. And the announcement of the WIN Awards Hospitality shortlist has been eagerly awaited.

Although for many reasons we may be happy to turn a blind eye to the interior design of our own homes or those of friends and families, we are all extremely demanding when it comes to hospitality venues, restaurants (link) and hotels (link) alike.
Not surprisingly, new trends are often tried out in the contract furnishing sector (link MOOD) and once we see them around during a meal or drinks with friends, we're more likely to use them in our own homes too. 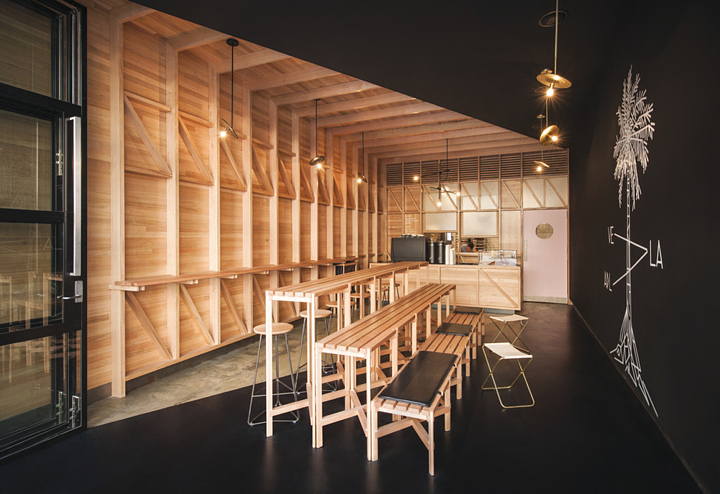 So, everyone was looking forward to the announcement of the WIN Awards 2016 hospitality shortlist. The jury of architects, designers, creatives and hotel directors, divided into “Restaurants and Cafés” and “Hotels and Bars” had a tough task deciding which projects of the year had a major impact on the world of design.

The shortlist includes: the “Apple Hotel Torgglerhof ” by *noa – network of architecture in Alto Adige, all in the form of an apple, the Senato Hotel in Milan by alessandro bianchi architetto the conversion of a rationalist palazzo or the Belmond Eagle Island Lodge by The Gallery HBA in Botswana.

A large number of Australian designs featured in the restaurants, cafés and bars, including Pink Moon Saloon by Sans-Arc Studio with a rustic charm, or Abbots & Kinney by Studio-gram underscoring the craftsmanship of the design. El Equipo Creativo - Catalan firm already known to our readers - proposes a suggestive dialogue between interiors and sea with OneOcean Club.