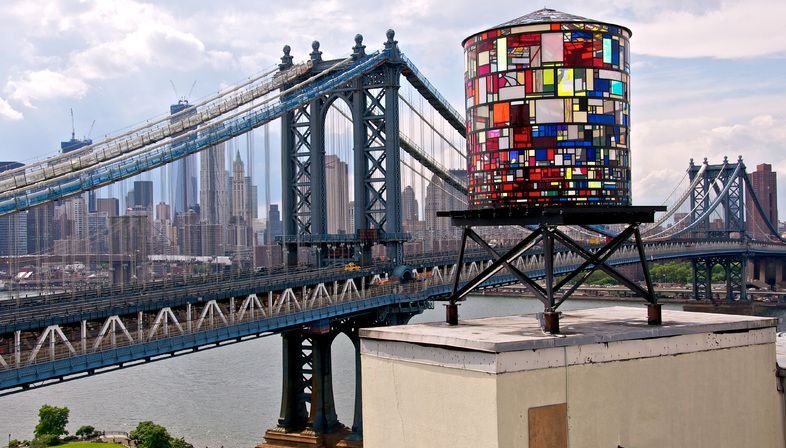 A magic lantern. A Visual Art manifesto stands on a platform in Brooklyn. A tribute to the famous American water towers and a virtuous example of sculptural artwork created from salvaged materials. 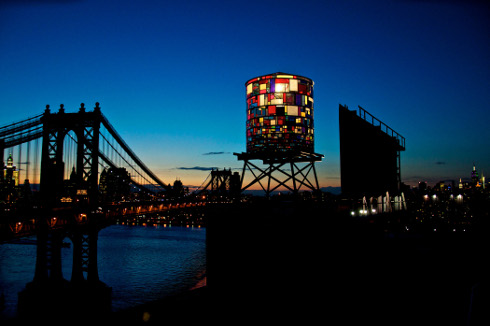 Watertower is Tom Fruin’s fourth sculptural artwork in his Icon series, which since 2010 has featured scavenged, reclaimed and recycled steel and Plexiglas to construct temporary landmarks in the urban landscape. 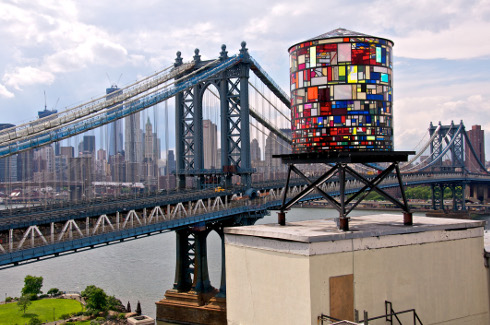 Watertower is the Brooklyn artist’s US premiere in the series, and he has constructed one of America’s icons – a water tower, here made monumental in its location, clearly visible as an urban artwork. 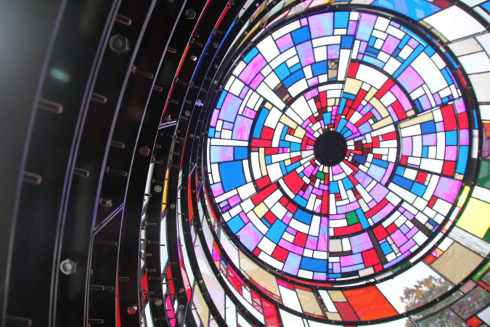 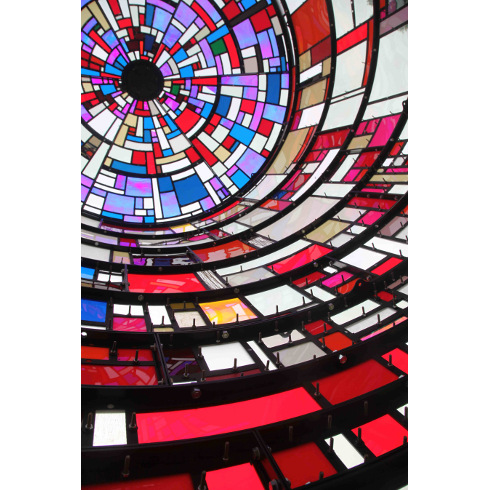 Fruin composed Watertower from roughly one thousand scraps of Plexiglas, which came from all over New York city. He added these to the steel frame, which also includes details like interior and exterior access ladders and even an operable roof hatch, to create an artwork that adds a touch of magic to its surroundings. 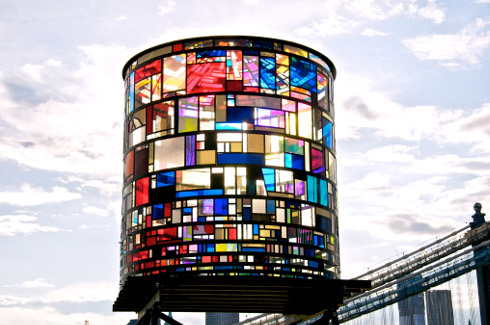 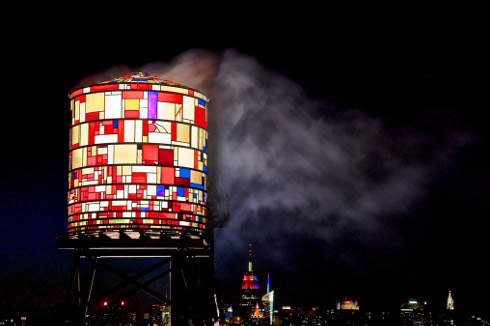 During the day it is illuminated by the sun, but the Watertower really comes into its own at night, when, despite its industrial origins, it turns into a real magic lantern. A system of controlled light sequences was used to create light shows of rare poetry, particularly considering the proximity of the installation to the Brooklyn bridge. 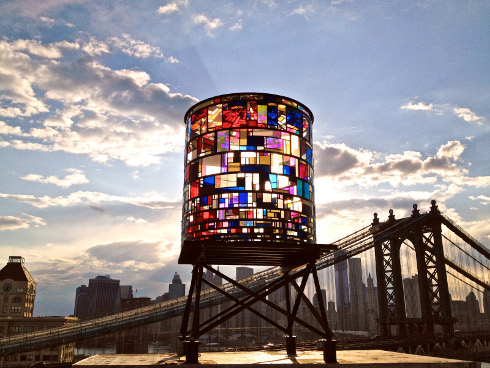 The umpteenth example of how Visual Art can influence our thoughts about our environment and help us discover its true beauty. 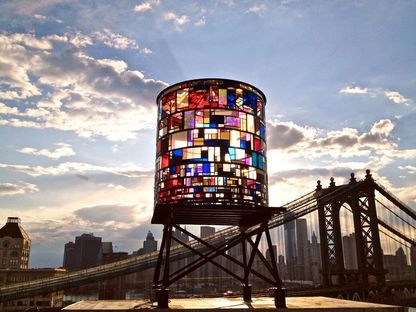 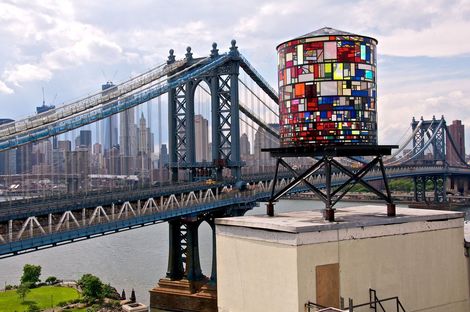 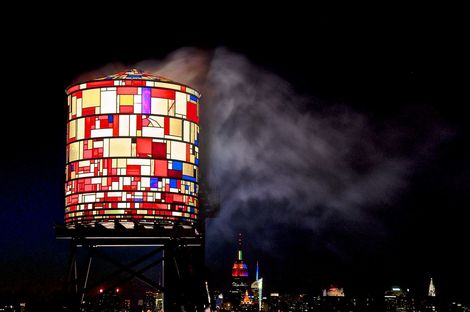 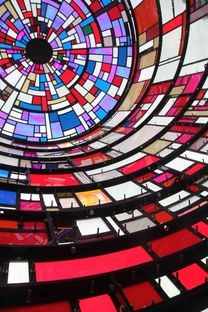 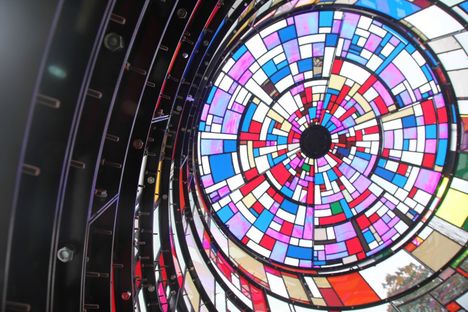 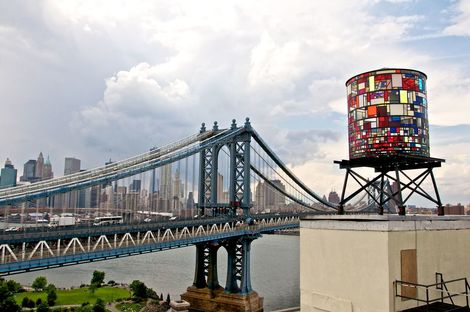 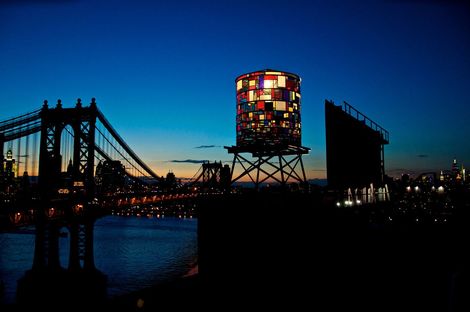 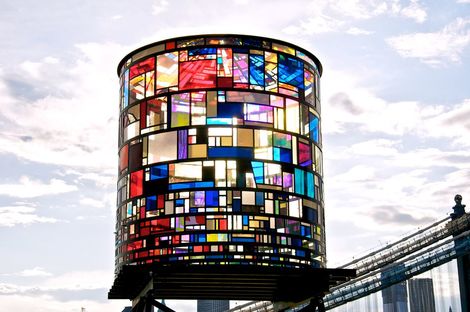 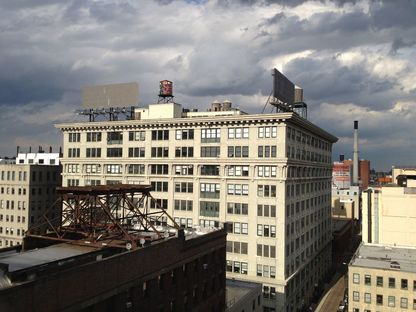