Warming Huts, the annual mid-winter installation of art and architecture on the frozen rivers of Winnipeg, in Canada, celebrates its first decade. An anniversary also connected with that of the Next Landmark international architectural competition, promoted by Floornature, where the winning project of the first 2012 edition was, in fact, created by Kevin Erickson for Warming Huts. 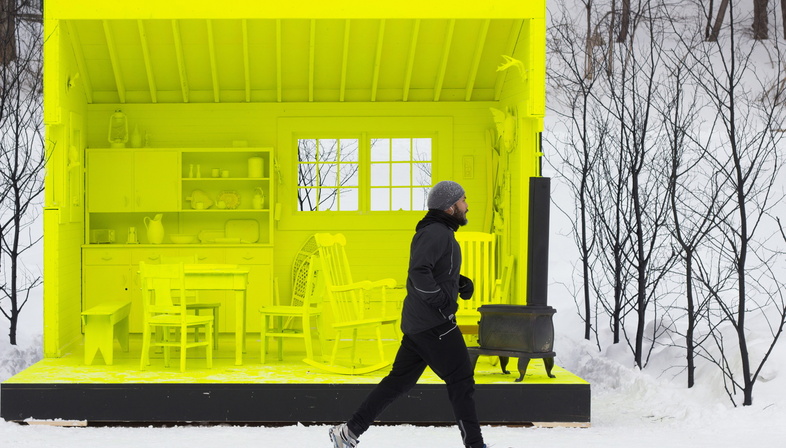 We are well aware of the transformative power of architectural interventions, where a constructive gesture can change not only our perception of a place, but above all the relationship established with it. An interesting example of this concept is Warming Huts, the annual mid-winter installation of art and architecture on the frozen rivers of Winnipeg, in Canada.
Since its first edition in 2010, which included only five "huts", each created thanks to the collaboration between an architect and an artist, the exhibition has continued to attract collaborators from all over the world. In 2011, the project was expanded and transformed into an international design competition. Three winning huts are chosen and added annually, so that today more than 30 huts are set up each year. The presence of these small architectures has stimulated an active use of Winnipeg's frozen rivers during the winter, for pleasure as well as for well-being.
The anniversary of the initiative is therefore the perfect occasion for the publication of a retrospective in the form of a book: Warming Huts: a decade + of art and architecture on ice, published by Dalhousie Architectural Press offers an extensive review of the annual exhibition, including graphic analysis and critical writing.
The book includes all the huts that have been built over the years, from the very first edition to today. In addition to the competition winners, the project also features the works of invited visual artists including Patkau Architects, Frank Gehry Associates, Rojkind Arquitectos, Luca Roncoroni and Anish Kapoor. Moreover, the publication includes huts and ice stages built with artists from other fields including Inuk throat-singer Tanya Tagaq, film-maker Guy Maddin, Norwegian ice musician Terje Isungset and the Canadian band Royal Canoe. Finally, the huts created by students from the Faculty of Architecture at the University of Manitoba (FAUM) and local high schools are also features in the book, as are the guerilla – or "rogue" huts – which, over the years, snuck their way into the exhibition.
The book is divided into six chapters of critical writing, in which the huts are examined from multiple points of view: from their social significance, to their rightful place in Winnipeg’s history, as well as in the landscape of international public art. Great emphasis is also placed on the poetics and politics of public space, highlighting the variety of architectural narratives expressed in the huts. Because in the end, that’s precisely what it comes down to: the evaluation of the public space, in this case the frozen river, so that the community can make the most of it.
As Sputnik Architecture Inc. and The Forks Renewal Corporation – the creators of the annual exhibition – affirm, the significance of their initiative extends far beyond the mere architectural gesture, whose appeal of course cannot be denied. Precisely as we saw in 2012 with the Rope Pavilion created by Kevin Erickson, winner of the first Next Landmark competition: "A great example of community collaboration and creativity... The transformative impact that the Warming Huts programme has had in converting Winnipeg’s rivers into an active winter civic space is impressive – even more so given its humble volunteer-based roots... The programme's scope is ambitious – giving Winnipeg significant international exposure." We certainly hope that Winnipeg's rivers will keep freezing, to be able to continue to host this event in the second decade of Warming Huts. 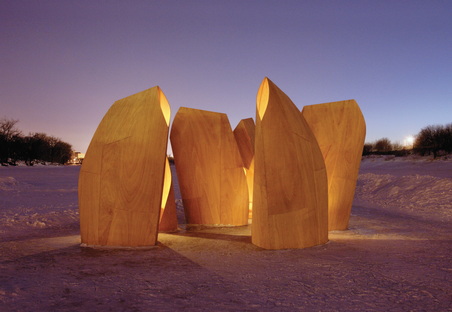 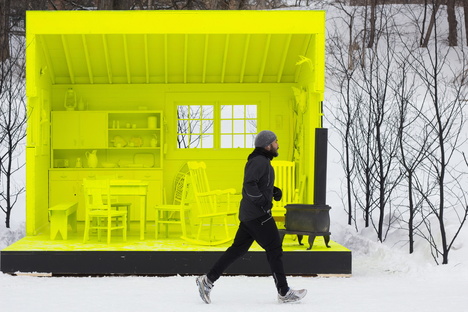 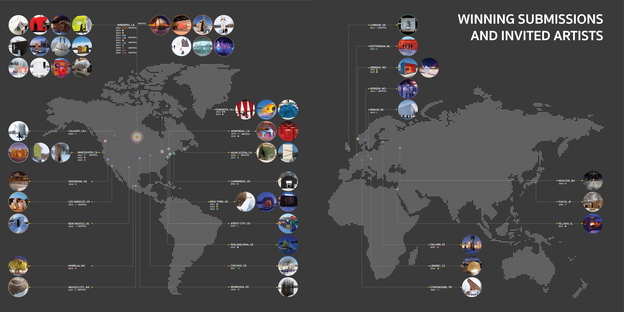 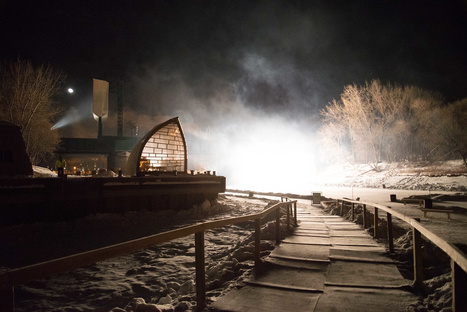 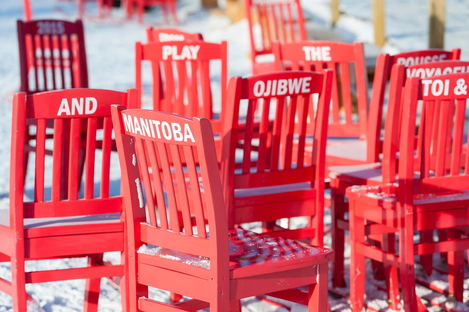 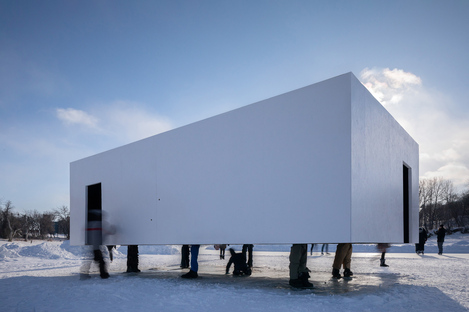 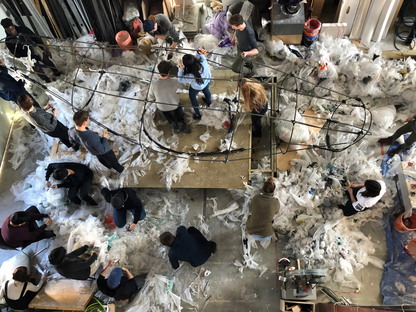 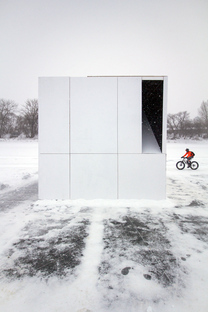 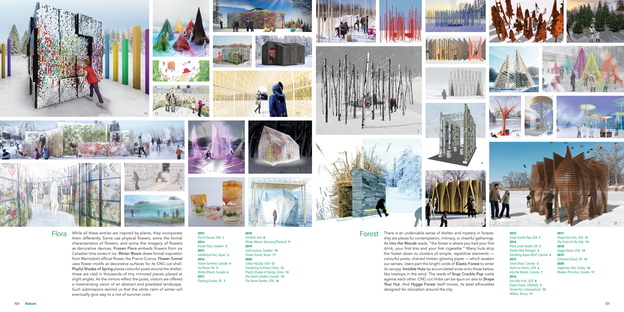