The Walterdale Bridge in Edmonton, Alberta, Canada designed by DIALOG, is a striking new gateway to downtown and a unique place to hang out, in the heart of the largest urban parkland in Canada. 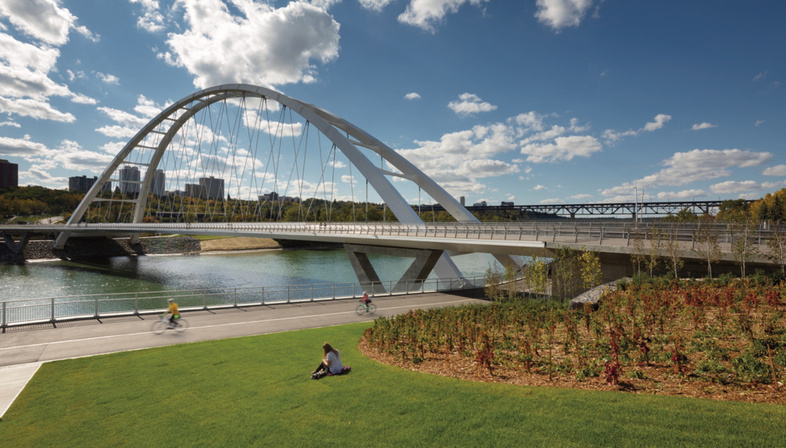 The Walterdale Bridge in Edmonton, Alberta, Canada designed by DIALOG, is a striking new gateway to downtown and a unique place to hang out, in the heart of the largest urban parkland in Canada. A really popular urban infrastructure where locals can enjoy spectacular views of their city.


It is a well-known fact that bridges are strategically important in the geography of cities but it’s still rare for those same bridges to create a public space. All too often, these kinds of infrastructure are designed for one purpose only - to connect the two banks of a river - as a rule developed for vehicular traffic without taking into consideration pedestrian use except for quick crossings.
Things are a lot different in Edmonton, a city with a population of more than 900,000 in Alberta, Canada. Here, the new Walterdale Bridge designed by the Canadian studio DIALOG - a graceful, single-span, twin through-arch steel structure, spanning 206 m - that crosses the North Saskatchewan River has become a landmark in a strategy of urban placemaking. The new bridge has three lanes for northbound vehicular traffic with a pathway to the west of the roadway and a separate footbridge or shared-use path for pedestrians and cyclists to the east. As part of the project, two major roadways were also realigned to connect to the new river bridge alignment. The result is a structure that expands and contracts with the natural environment, becoming one with the North Saskatchewan River Valley parks system. With over 20 major parks and attractions, this ribbon of green forms the largest expanses of urban parkland in Canada.
And although the bridge has been designed for both vehicles and pedestrians, the fact that they’re separated makes crossing it so much more of a special experience. The pedestrian path is located downstream, closer to the green parkland and away from traffic. It widens at the banks of the river and narrows as it approaches the middle, giving it a dynamic feel. The entrances to the shared-use path include a wooden boardwalk for added warmth and a heightened sense of connection with the river valley environment. Along the west side of this path, a continuous high-back bench protects pedestrians and cyclists from the prevailing winds and from traffic noise. This makes their experience much more user-friendly and enjoyable. There are also places on the bridge and on the riverbanks where you can just sit and watch the river go by.
For cars, the bridge is more than anything else an iconic frame that dramatically reveals Edmonton’s downtown skyline as well as the river valley.
The Walterdale bridge is the most complex infrastructure project ever completed in Edmonton and is designed to last for at least 100 years. It is so much more than utilitarian architecture connecting point A to point B. It is a seamless integration of engineering, architecture and the public realm that the design team considered at all levels of scale, from the overall level of the structure and roads through to the pedestrian experience.

For this reason, the people of Edmonton have embraced it as a meeting place, a highlight in their daily commute, and a gorgeous backdrop for meaningful moments like engagements and wedding photos. Walterdale Bridge by DIALOG has become a  visual signifier of Edmonton and will continue to define the city in future decades as a virtuous example of urban placemaking. 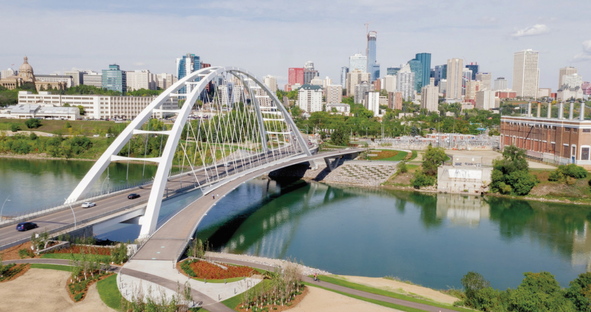 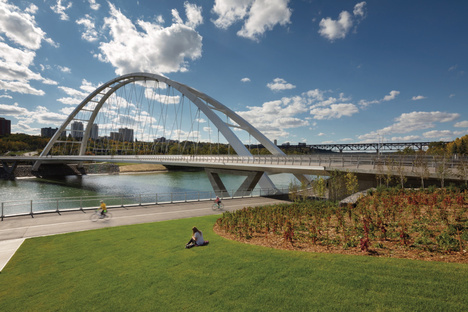 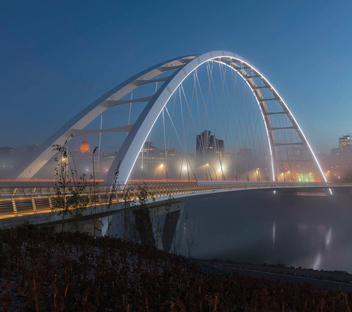 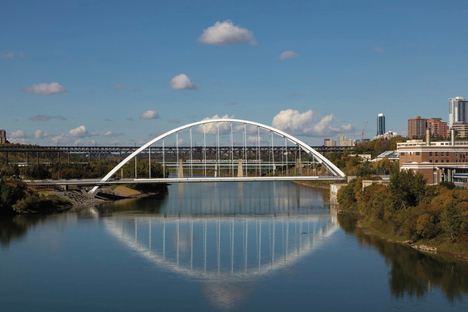 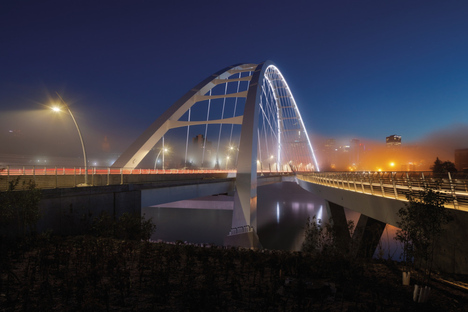 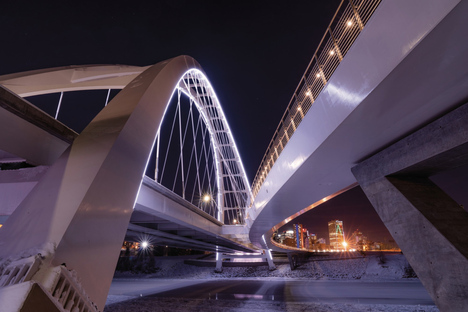 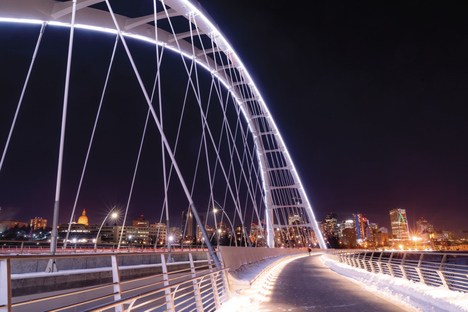 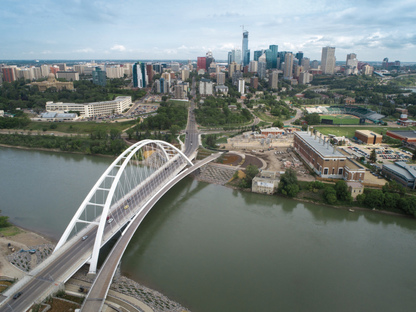 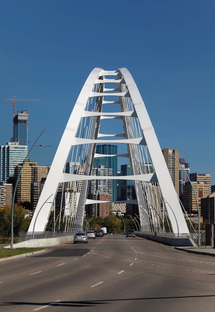 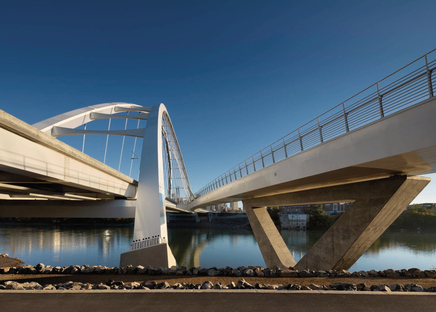 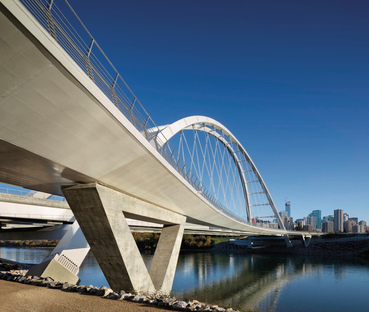 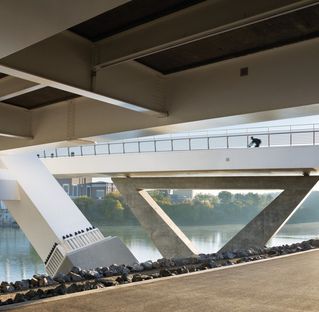