Vitoria-Gasteiz, the capital of the Basque country in Spain, is this year’s Green Capital of Europe, after Hamburg (2011) and Stockholm (2010). The town welcomes visitors with eco-sustainable initiatives and offers citizens a green, liveable home.

Vitoria-Gasteiz is a mid-sized town (population 260 thousand) and is not only the first southern European city to be granted the honour, first awarded in 2010, but also the smallest. This was one of the points in the Basque city’s favour, as 84% of Europeans live in mid-sized towns.

The honour is the inevitable result of the environmental policy the town has been pursuing for decades, promoting a sustainable urban system in all areas of city life: from mobility to overall reduction of consumption and implementation of recycling programmes.

Citizens’ involvement demonstrates the success of what the local government is doing, for the local people judge their town particularly liveable, open, green, healthy and compact. And the inhabitants of Vitoria-Gasteiz, seat of the Basque parliament and home to a beautiful historic centre, are surely right. They enjoy 45 square metres of green space per capita, one of the highest figures in Europe, with about 1000 hectares of parks and greenery (the famous “Anillo Verde” or green ring) inviting locals to venture outside the town centre by bicycle or on foot to do some birdwatching or just relax.

City traffic is made up mainly of bicycles in Vitoria-Gasteiz, where they are the most popular means of transport. Public transport services include trams and an extensive network of buses, making cars superfluous.

Vitoria-Gasteiz sees its nomination as “European Green Capital 2012” as the result of years of commitment on the part of all the town’s citizens, and not as a destination in itself but as encouragement for further sustainable development on all fronts.

The city has numerous “green” initiatives underway this year, including, of course, promotion of eco-tourism. 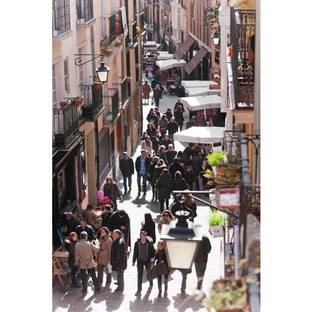