VIMOB XS, a tiny cabin to get away from the city 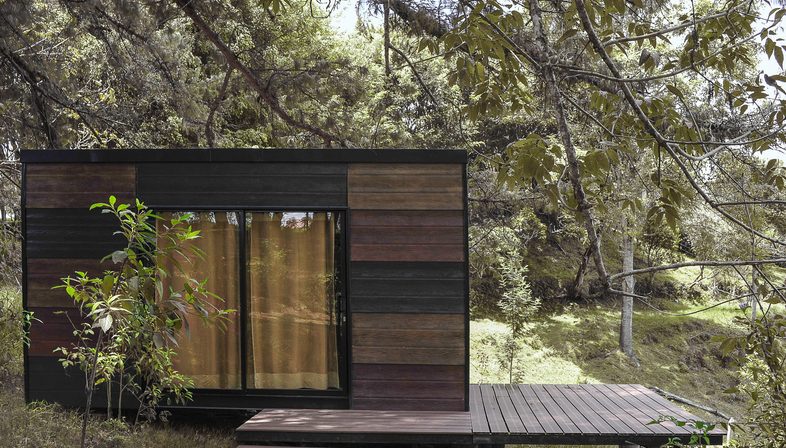 Colectivo Creativo Arquitectos presents VIMOB XS, a cabin of just 20 square metres built using prefabricated parts. This tiny cabin was originally installed at a design exhibition in Medellin, Colombia before being relocated to its present site.


Are you looking for an ideal getaway? You know, the “escape-from-the-city” kind, maybe even before the Christmas festivities, just to spend some time in peace and quiet, away from the madding crowd? Of course, with that Livegreen style and eco-friendly manner. Then the new project called VIMOB XS by the Colombian architects from Colectivo Creativo Arquitectos is just the thing for you.
This is the next-stage evolution of their first VIMOB, developed back in 2015 (link), and again based on the type of modular construction used in the automotive industry. The pieces are prefabricated then shipped to the site and assembled without the need for lots of complicated equipment.
This particular module was first mounted in just two days for a design exhibition in Medellín, Colombia then it was demounted and relocated to its current location. The design team sees this as an exploration so they sought to make the most of the experience with nature, dropping it into a landscape where it can set up connections and links through its shapes, materials, textures and colours. Indeed, the warm shades of its timber cladding mean the cabin is almost completely camouflaged in its natural surroundings, responding dynamically to the environment, as the light changes. In actual fact, rather than seeking to change the natural landscape of its location, VIMOB XS gives you the sensation that it has grown out of the site itself, allowing the architecture to become part of the environment, rather than altering it.
This specific site is on a slope, so the 20-square-metre VIMOB XS module has been mounted on a metal platform and anchored to the ground on concrete pillars to limit its impact. Each piece of the module is designed and made to adapt and adjust to its mainframe. This makes a considerable contribution to reducing the waste of raw materials, environmental transportation costs, construction time and impact on nature. At the same time, it boosts the efficiency of build times by almost completely eliminating unexpected issues.
Felipe Lerma, architect and designer of Vimob says, “I've always felt the need to turn architecture into a product.” and with VIMOB XS he has come up with the smallest product in the range that extends up to the XL model.
The dominant material inside this small building is wood, which takes the form of pinewood planks and Oriented Strand Board (OSB) panels, leaving plenty of room for the occupants to interpret the interior. One thing is certain, with VIMOB, the team from Colectivo Creativo Arquitectos has managed to break away from the idea that prefabricated homes have to be ugly, inefficient and uncomfortable. If you're quick, you've still got time to write a letter to Santa Claus... 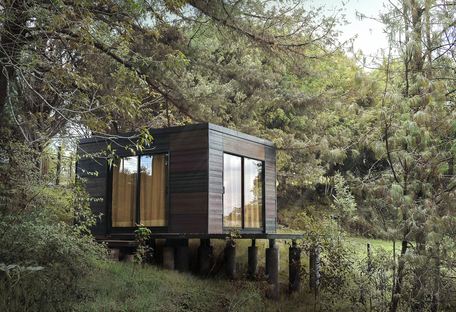 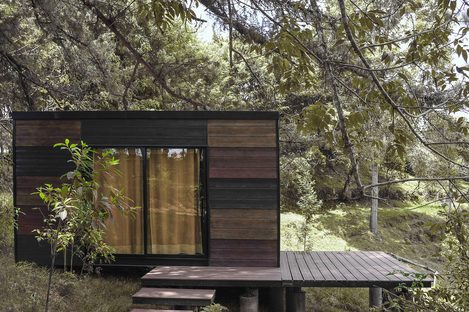 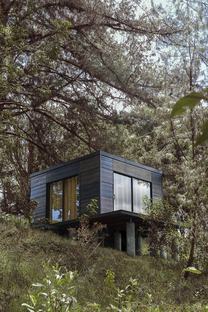 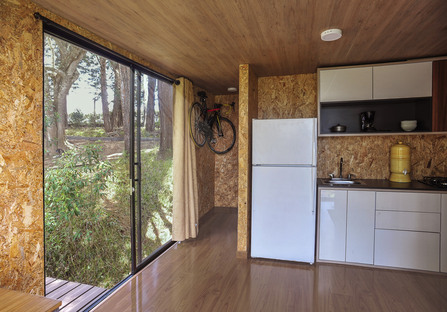 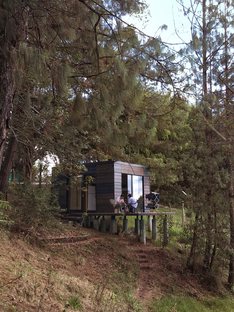 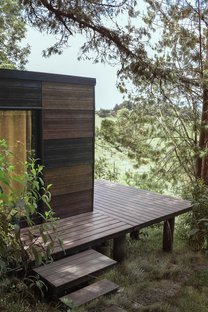 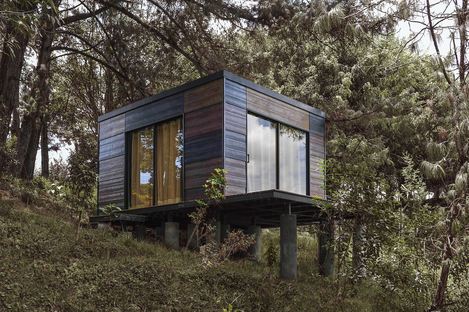 The beauty of nature, House of Flowers

Weekend House by Pavel Míček Architects in the Beskydy Mountains