The Vera Hotel, a new place to go in Tel Aviv

Tel Aviv - the White City - has a new place to go if you love architecture and design, and it's just a hop, step and jump away from the famous Rothschild Boulevard. 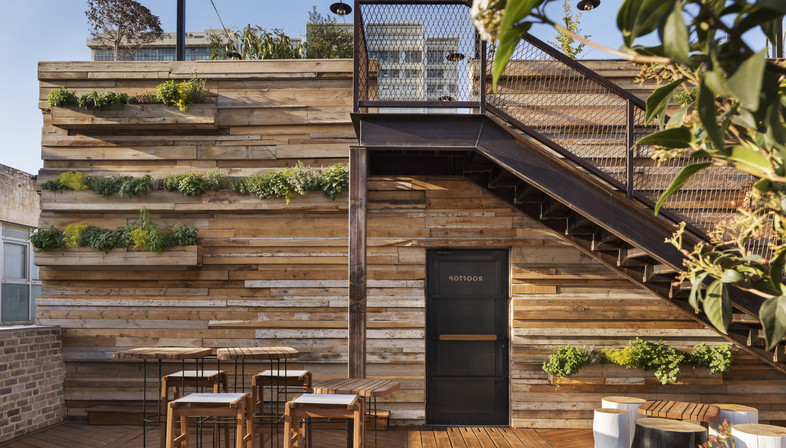 Tel Aviv - the White City - has a new place to go if you love architecture and design, and it's just a hop, step and jump away from the famous Rothschild Boulevard. The concept of Danny Tamari, founder and owner of The Vera hotel is “local anthology”, where the ties to the urban context are fundamental.


Tel Aviv is a young city, established in 1909 as a suburb of Jaffa. Now it's a bustling metropolis on the Mediterranean with a population of 438,000. About 4000 buildings were constructed from the '30s on, following the ideas of modernism, including the Bauhaus buildings by Dessau, in the city centre. Immigrants like Arieh Sharon, Zeev Rechter, Dov Karmoi, Richard Kauffmann and Genia Aberbuch brought the teachings of the forward-thinking European architects to Tel Aviv.
This generated a real one-of-a-kind modernist architectural heritage, which in 2003 was even listed as a UNESCO heritage site. This forms the backdrop for The Vera Hotel, owned by Danny Tamari, an Israeli hotelier who after working in different areas of the hospitality industry decided to craft a really special hotel in a unique context.
Starting from an old office building from the '50s, Tamari and Israeli designer Yaron Tal developed a boutique hotel based on the concept of “local anthology” that was engendered in close collaboration with local designers, artisans and other talents whose expertise features throughout the hotel. This approach aims at bringing period architecture into the new century, where being “here and now”, i.e. in the centre of Tel Aviv is a priority at all costs, also for the experience of guests. Because to be honest, travelling is great but often hotels are well below our expectations, particularly for global nomads who travel more from necessity than fun, solo travellers who would still like to engage with others sometimes.
This is where the grand attention of Danny Tamari comes into play. He focussed on common areas, from the bar to the lobby, from the spa that uses local products to the two large roof terraces, real living areas for guests, where they can work, laze around and spend time in the company of others. All of this comes with the savoir-faire of the designer Yaron Tal, who retained the not particularly ornamental aspect of the office building in the interiors, leaving walls without plaster and floors bare. The rooms feature bespoke furniture by Tomer Nachshon from Tel Aviv and the iconic lighting is by another famous Israeli designer, Ohad Benit. The whole thing is completed by the careful floor plan of the rooms, where each detail has been considered to make your stay as pleasant as possible, in an atmosphere that draws its inspiration from the Bauhaus guidelines - the aesthetic of the architecture must be at the service of the user. 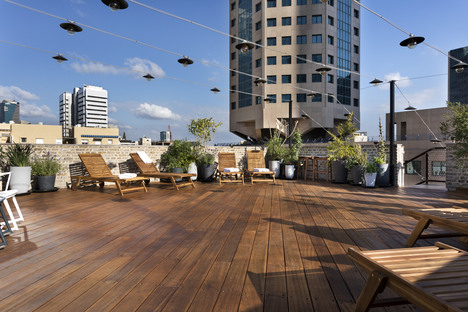 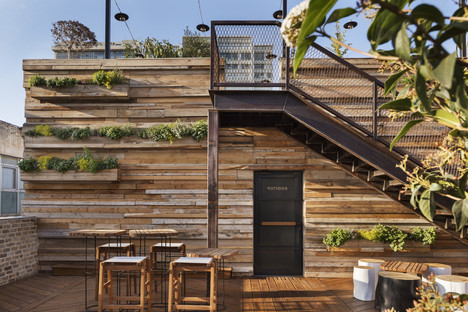 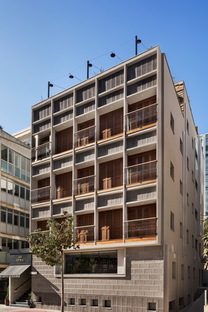 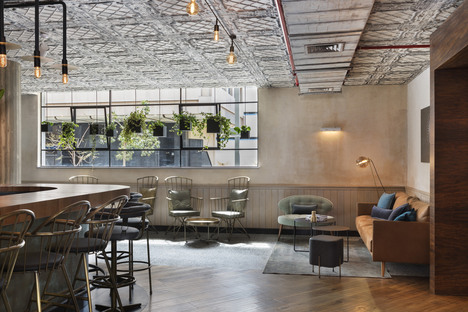 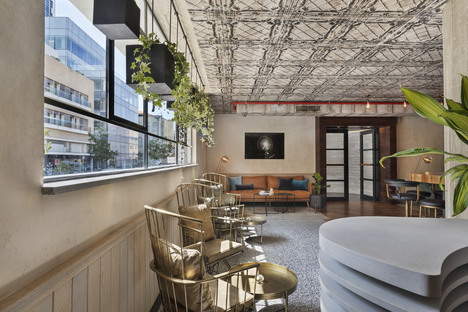 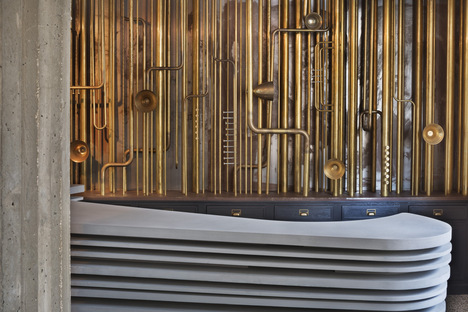 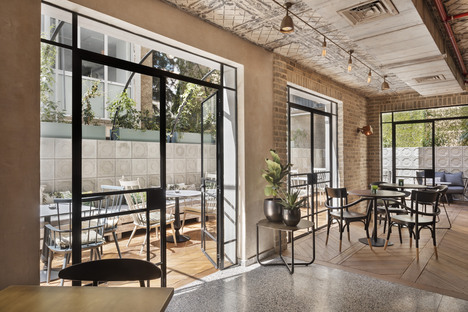 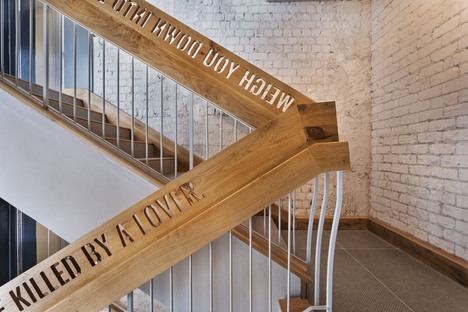 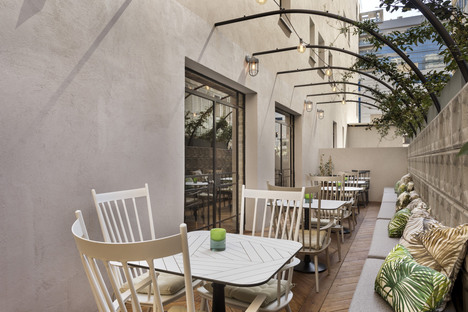 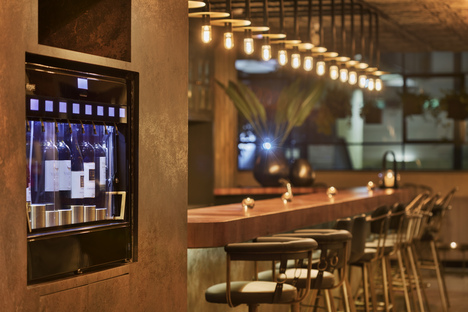 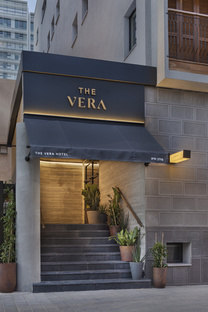 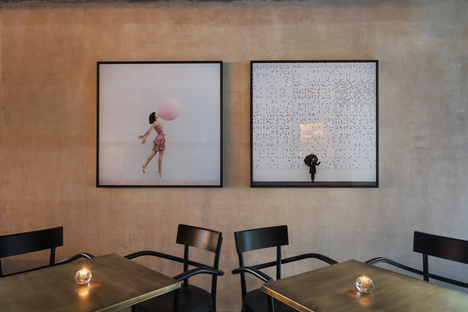