Dasha Vaimberg and Marta Salvadó from the architecture firm Vaimberg Salvadó are behind the refurbishment of the offices of the Finques Marbá real estate agency in Barcelona. 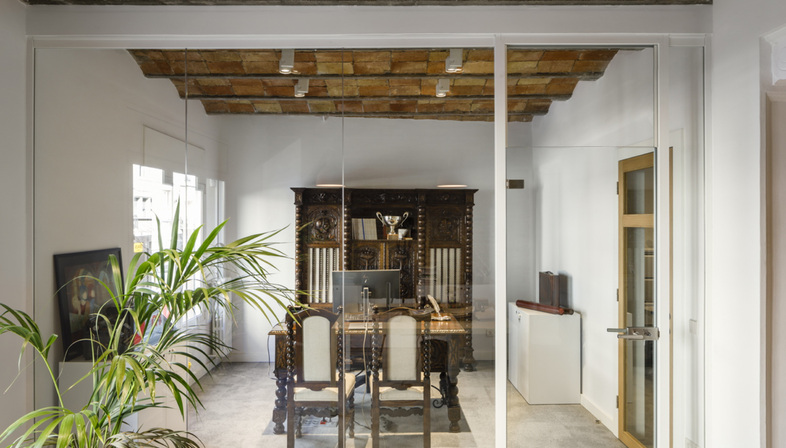 Dasha Vaimberg and Marta Salvadó from the architecture firm Vaimberg Salvadó are behind the refurbishment of the offices of the Finques Marbá real estate agency in Barcelona. A project that brings together contemporary needs with the history of the company.


The Finques Marbá real estate agency in Barcelona recognised that their offices needed a facelift but they wanted to retain their company’s long history and tradition, given that it was established in 1935. They approached the firm Vaimberg Salvadó run by the architects Dasha Vaimberg and Marta Salvadó for the project. These two designers stand out for their delicate projects and for the care and attention they put into existing architecture.
For the Finques Marbá offices, not only did they focus on how to refurbish the premises, they also wanted to leverage the history of the company in its particular urban context because the offices are located on Carrer de Balmes, one of Barcelona’s most important streets, constructed in 1859 as part of the urbanistic plan of Ildefons Cerdà. Carrer de Balmes – together with Carrer Muntaner – is the city’s longest road, running from the sea towards the mountains. It starts at the intersection of Pelai and Bergara streets and crosses the Eixample and Sant Gervasi districts, ending in Plaça John Fitzgerald Kennedy. It is considered the high street of Eixample.
In response to the client’s brief to maintain and make the most of the elements referencing the history and tradition of their business, Vaimberg Salvadó revisited the overall space of the offices to make them more comfortable and to improve the environmental impact.
The design duo’s first step was to give the offices a new floor plan and they began by knocking down some of the walls. This enabled the architects to create new visual connections in reference to the open space created. An option that not only improves internal communication but also expands the spatial perception because all the areas are filled with more natural light. When they set eyes on the beauty of one of the walls left standing, which was made from brick like the distinctive vault ceiling, Dasha Vaimberg and Marta Salvadó decided to just clean up the brickwork and leave it exposed. A great material touch, set off by the oak used for the doors and some of the furniture, together with natural steel. Everything is balanced by the use of white on the remaining walls and the skilful adoption of artificial and natural lighting.
After the makeover by the Vaimberg Salvadó studio, the offices of Finques Marbá in Barcelona now present with a language influenced by contemporary trends where the essence is preferred over appearances; at the same time, it hasn’t lost sight of the values of the past. The interiors radiate a feeling of peace and quiet, making the people who work here feel comfortable and relaxed, which they intern communicate to potential clients.
What better business card for an office whose business is property brokering? 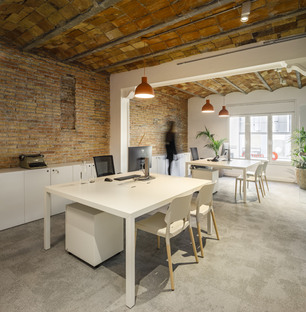 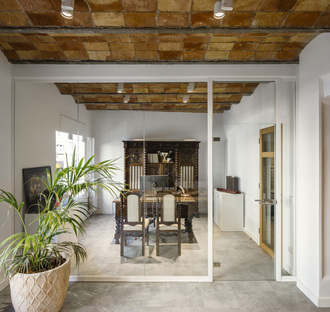 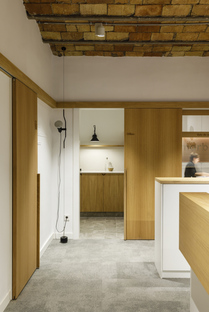 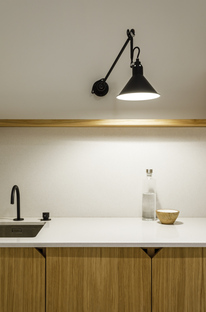 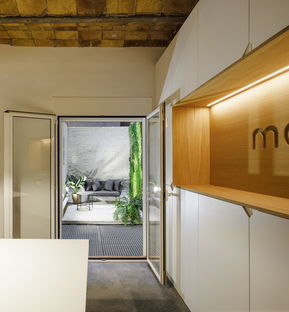 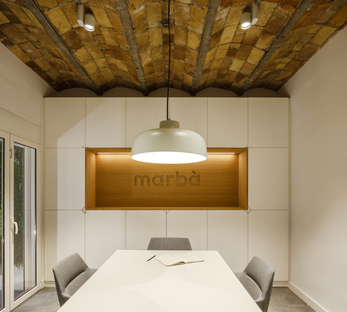 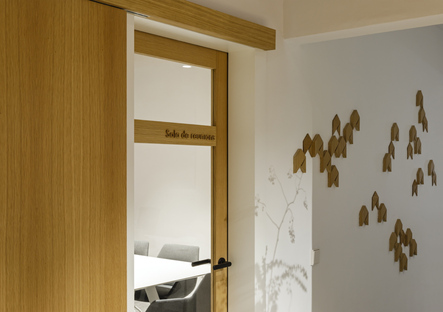 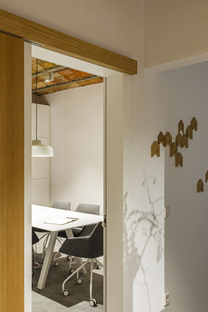 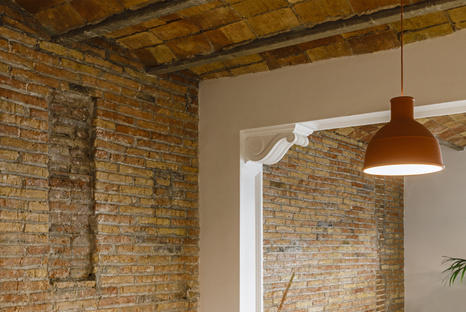 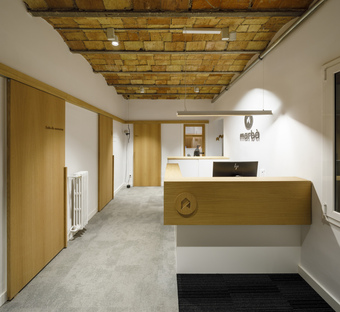 The Mountain View by Onexn Architects, smart refurbishment in Shenzhen