Vaimberg Salvadó designs a house with a view

The project by Catalan firm, Vaimberg Salvadó in the beach resort town of S’Agaró in the province of Girona, Catalonia, is a celebration of the Mediterranean landscape and lifestyle. On top of that, they crafted a real connection between indoors and out, and created a refined interior design. 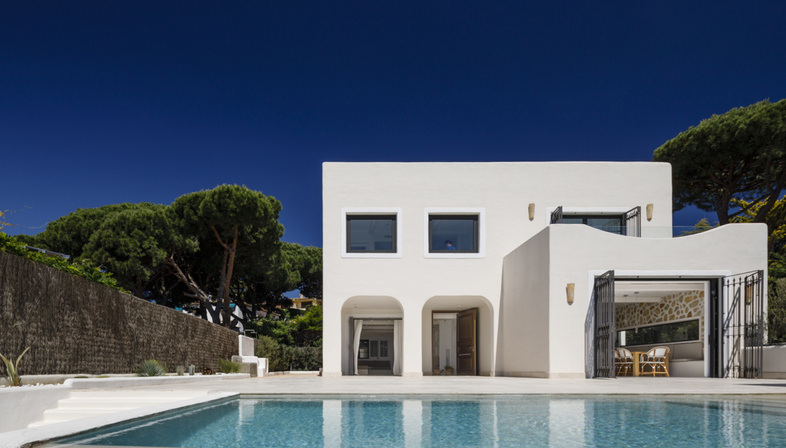 To get a better grasp of the project by this architecture firm founded in Barcelona in 2012 by Dasha Vaimberg and Marta Salvadó we need to take a quick look at the story of the township it is located in S’Agaró in the province of Girona, on the Mediterranean coastline, 100 km north of Barcelona.
A town developed as an upmarket “garden-city” almost one hundred years ago. S’Agaró came into being when a plot of land along the coast was sold to pay off a debt. A successful industrialist was persuaded to buy it by his son, who immediately realised the huge potential of the land because of its position on the coastline. The first house to be built in S’Agaró was Senya Blanca, a magnificent manor house with a large garden designed by the then famous architect Rafael Masó i Valentí in 1924. Other buildings based around this example followed, including a hotel with lush gardens and again closely engaging with the landscape.  The architect was again Rafael Masó i Valentí, a renowned defender of traditional Catalan design who defined the character of S’Agaró with porticos, towers, terraces and low rooflines to create a colony for art lovers. The resort very quickly made a name for itself as a classy go-to spot for artists, politicians, actors and other celebrities. It’s rise to fame was abruptly curbed by the arrival of the Spanish Civil War.
But S’Agaró resumed its growth after World War II when it was discovered by Hollywood stars and still continues to be a very appealing, upmarket tourist attraction on the Catalan coast.
This sets the scene for the latest project by Vaimberg Salvadó. A house where white is featured in the lime-washed facades, and the large windows and soft, rounded edges are used to set up a connection with the outdoors, where an infinity pool acts as the trait d’union with the nearby sea.
Against, this, the interiors are fitted with robust timber beams, whose bold hardness is offset by soft, curved walls and, in particular, by the incredible luminosity of the spacious rooms flooded with natural light. The architects focused a great deal on the interior design, going for natural fabrics, bespoke furniture fitted into the jutting out walls, warm materials like oak and pine for all the made-to-measure doors. Of course, much of the lighting and home decor is made by famous brands, while other elements were crafted by local artisans.
In the house designed by Vaimberg Salvadó, you can also appreciate arabesque-style details typical of coastal houses, referenced in the shape of some of the rooms as well as in some of the bathroom and kitchen cladding.
The house in S’Agaró by Vaimberg Salvadó is a residence with spacious, fresh, white rooms that are filled with the green and blue colours through every window. A home whose occupants can enjoy the spaces overlooking the Mediterranean all year - the perfect place to recharge and engage with nature. 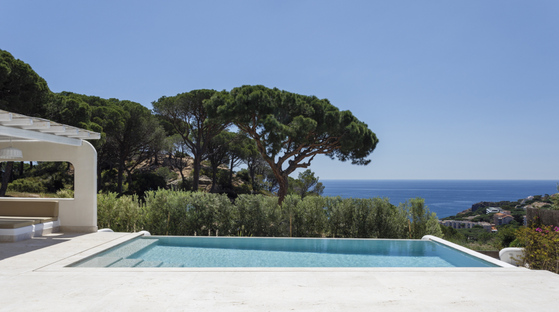 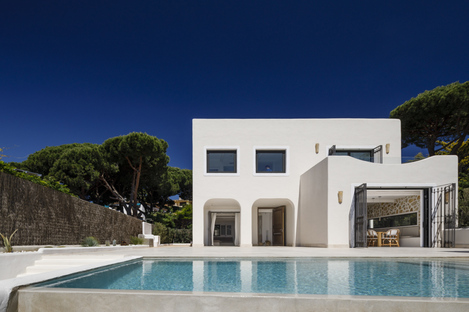 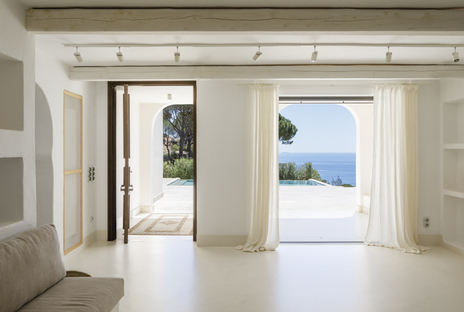 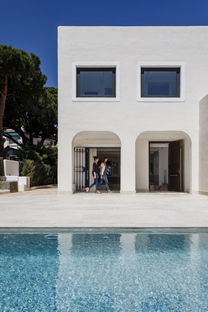 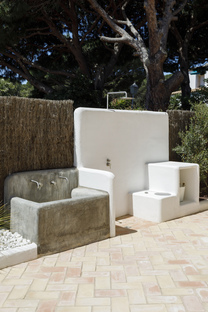 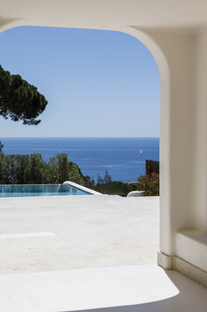 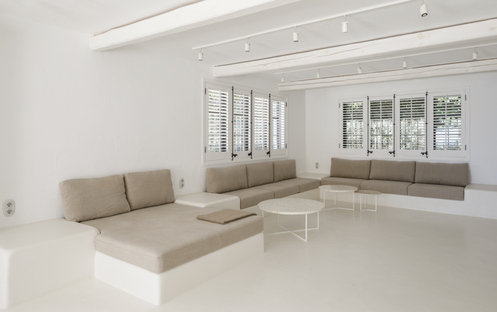 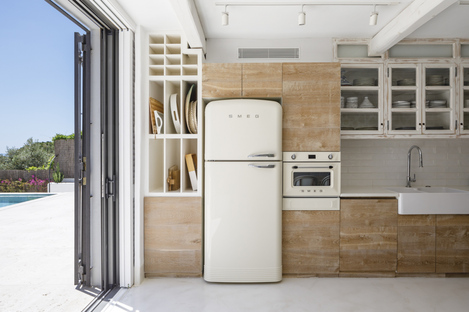 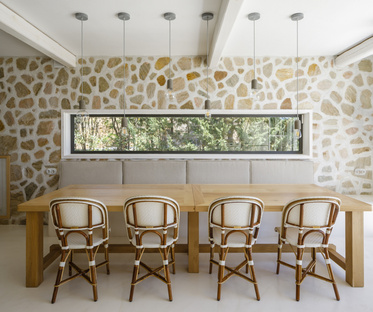 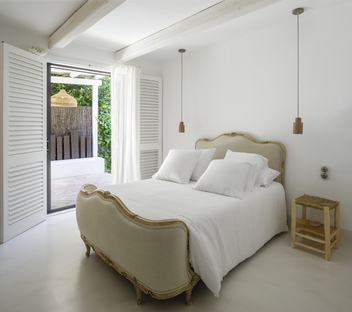 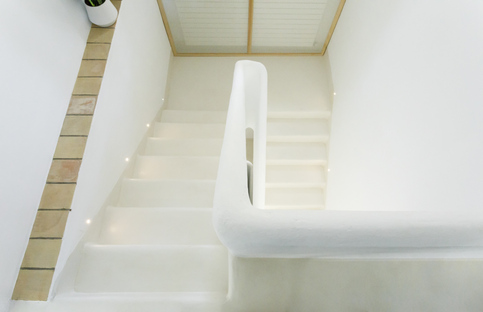 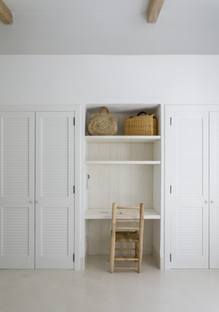 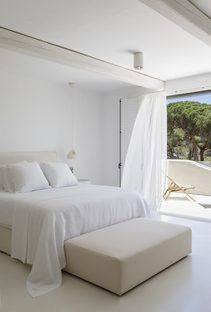